Unanimous: Guilford County Schools bus drivers to get a raise

Bus drivers will soon make at least $15 an hour, after a unanimous vote to approve raises. 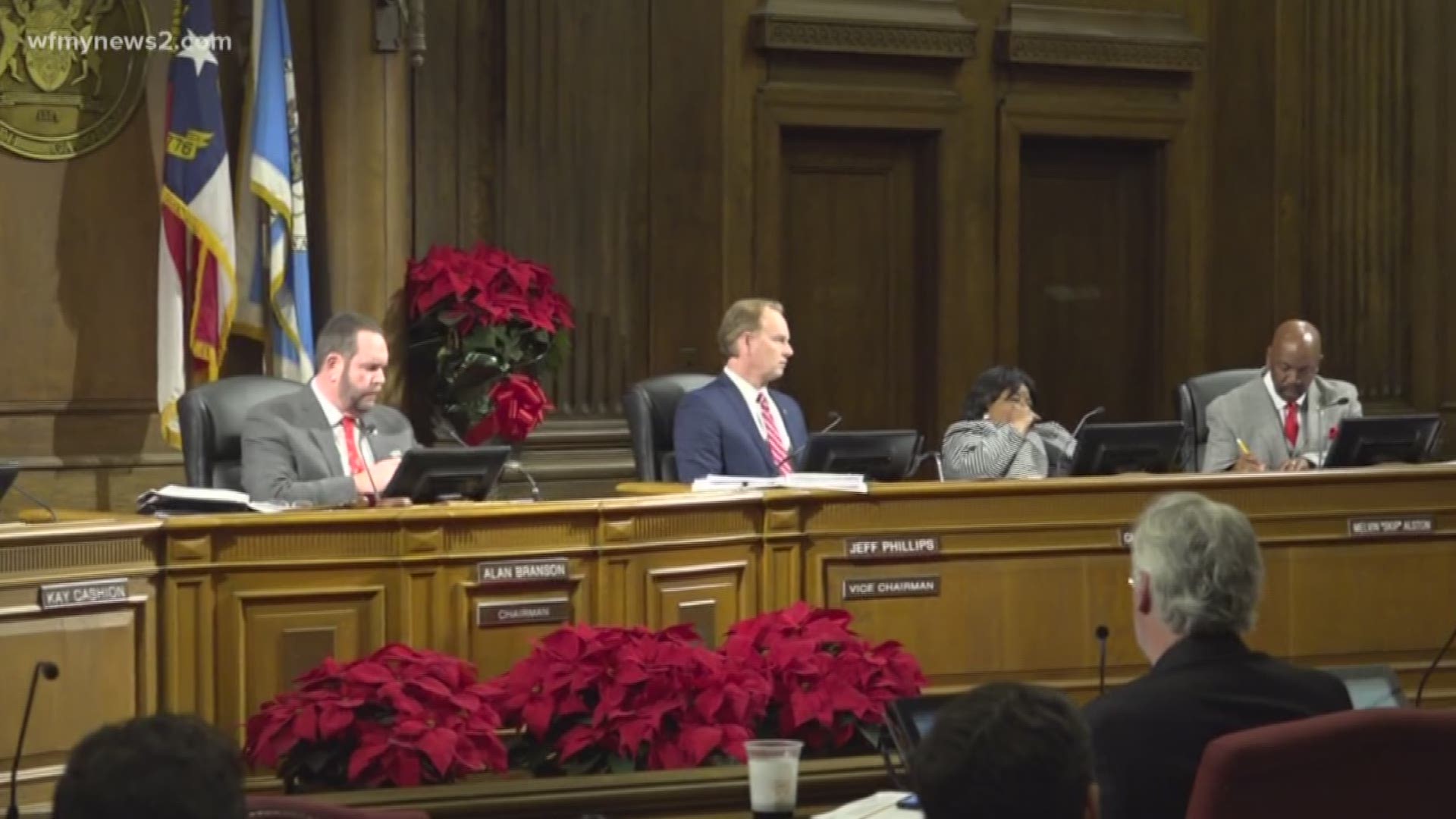 GUILFORD COUNTY, N.C. — At their meeting Thursday night, the Guilford County Commissioners voted unanimously to give bus drivers, as well as county employees, a raise.

They approved $800,000 to go towards bus driver pay, so all school bus drivers will soon make at least $15 an hour.

While Commissioners designated the funding, there's still work to be done, and no money has yet been dispersed. However, Commissioner Skip Alston tells WFMY News 2 if all goes to plan, drivers can see the raises starting in January.

After the vote, drivers celebrated outside the doors of the Commission Chamber.

"This is what we've been fighting for, oh my gosh - it feels so good," said Joshua Graham, "We got it. We didn't have to do the walkout, so I'm happy!"

The vote wasn't without a long discussion between the public and county leaders. A number of teachers, parents, and drivers pleaded their case for a pay bump to the commission.

"It used to be moms drove the bus all the time, and they were just doing it to fill in, to make a little extra money for the family," said Emmalee Boxman, who's been driving a bus for 24 years, "But nowadays, you can't look at things that way. We all need to survive, and it's a hard job to do."

Despite some debate, the county heard the drivers loud and clear.

"We need to make sure they are happy and not worried about their family being able to be taken care of," said Commissioner Alston, "And, pay them a livable wage. This takes them to that first step - of at least giving them a minimum wage of $15 an hour. That's what they asked for."

As part of the vote, Commissioners also approved $370,000 toward salary increases for full-time county employees currently under $15 an hour to a minimum of $15 an hour.

A part of the original plan - to reallocate some money for facility improvements - was taken off the table for now. Commissioners say they need to know which schools need money the most for upgrades to HVAC systems and facility maintenance.

"The timeline would be if commissioners approve these dollars tonight, then we’ll be bringing our plan, our budget to our Board of Education at the December 17th meeting," GCS Chief Financial Officer Angie Henry stated. "If the board will pass the budget in that meeting then we should be able to move forward sometime in January with implementing the salary increase."

The proposal would raise the hourly pay to a minimum of $15 dollars an hour, and those who already make that much would get a comparable boost.

Commissioner Melvin 'Skip' Alston had the idea to take some unused funds from a separate budget, to give the bus drivers what they deserve.

Angie Henry said she's thankful some commissioners have found the funds, but this problem should have been addressed on the state level.

"Truly this is a state responsibility and they have not - the legislators and the Governor have not been able to work together to get our staff where they need to be or where they should be." 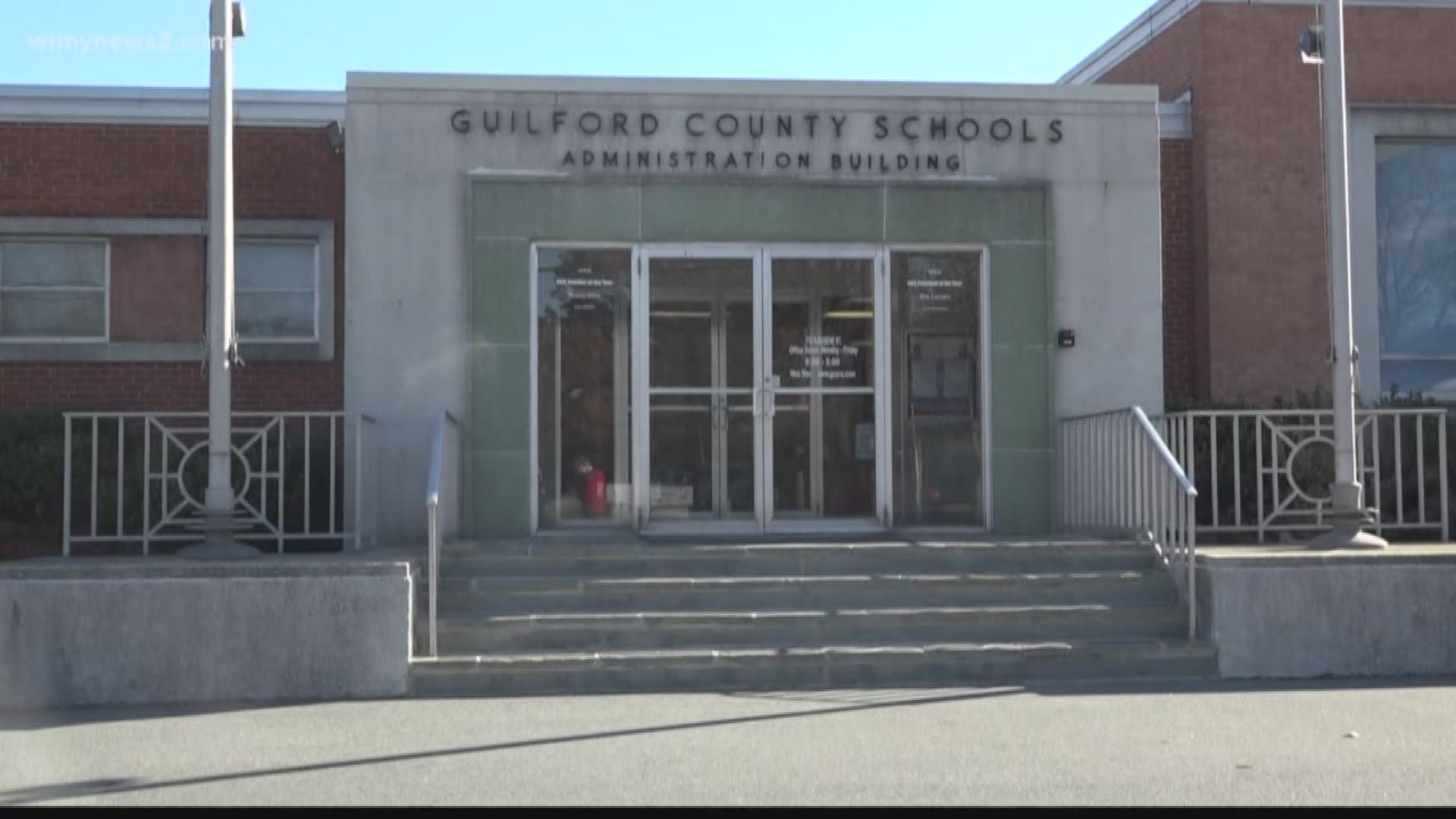 Commissioner Alston said the county budgeted $8 million for new voting machines, and only 2.2 million was needed.

That leaves the county with $5.8 million dollars to put toward raises, and maintenance concerns for the district if the motion passes.

$1.3 million of that $5.8 million would go toward bus driver and county employee raises, not other support staff like cafeteria workers.

The rest would go toward patch-up work for the district, like HVAC repairs. The district has struggled with cold and hot classrooms throughout the year.

"We need to be able to keep our students comfortable during this time while we’re waiting to see what happens with the {2 billion dollar} master plan."

RELATED: Guilford County Schools bus drivers might be getting the raise they fought for