Attorney David Daggett is participating in the Moderna COVID-19 vaccine trial with Atrium Health Wake Forest Baptist. He expects to get his booster soon. 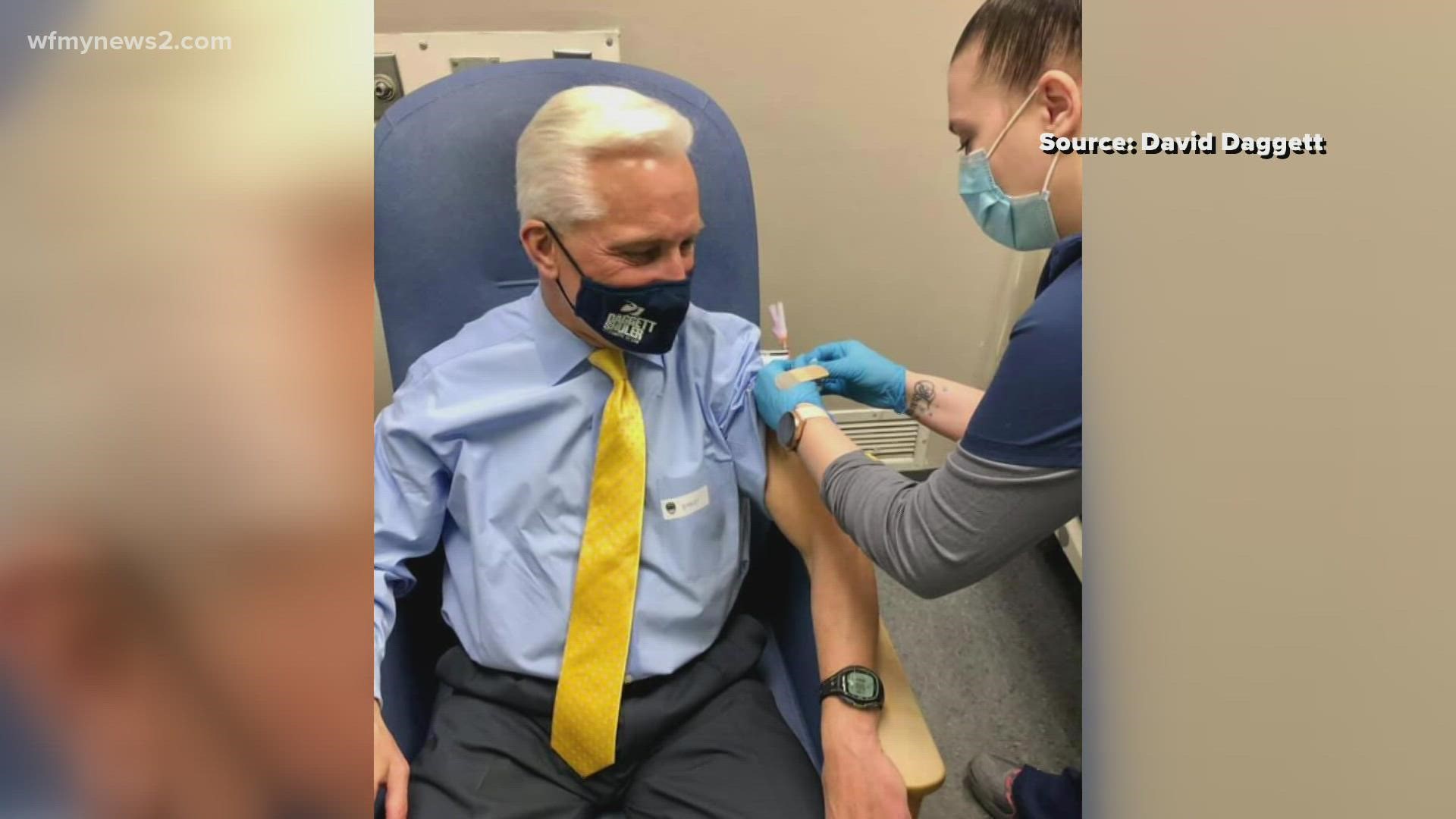 Daggett joined the study in 2020 as the pandemic began and says he has done previous medical studies and wanted to be part of a scientific solution to COVID-19.

“I felt like it was an opportunity to contribute to the science," said Daggett, "and quite frankly it was a scary time for all of us and I thought it would be interesting to be kind of close to the true real information as it developed and evolved.”

In 2020, Daggett received a shot, not knowing if it was the actual vaccine or a placebo. Through the trial, Daggett has had to complete various physicals, he has regularly scheduled phone calls and checks in on a phone app every week. He also has blood drawn every eight weeks.

“My data is a piece that’s going into the scientific foundation that hopefully benefits society as a whole, not just in the present but ongoing," said Daggett.

Daggett said, while there were some nerves with joining the study, he also saw the bigger picture.

“It was kind of exciting to be a live participant in this unfolding pandemic and know that, in some small part, I’m contributing to the body of science that’s going to help everybody else get through this," said Daggett.

When the Moderna vaccine was given emergency use authorization, Daggett was given several options. He could choose to not find out if he received the placebo and stay in the study or find out if he did receive it and leave. If he got the placebo, he could get the vaccine and continue being studied or continue being studied as a placebo. Daggett discovered he received the placebo, but chose to get the actual vaccine and continue with the study

“(Researchers) said that (...), as a subject, (I) was pretty valuable because they had more than six months of blood tests and physical records on me so that if I then got the vaccine they will be able to track, going forward, any sort of metabolic changes that occur," said Daggett.

𝑪𝒓𝒖𝒔𝒉𝒊𝒏𝒈 𝑪𝒐𝒗𝒊𝒅 - many thanks to all of the study volunteers who helped get these vaccines out in record time.  I have...

The U.S. Food and Drug Administration will hold an advisory committee meeting Thursday and Friday to discuss Moderna and Johnson & Johnson emergency use authorization for booster doses and vaccines in young children.

RELATED: When will boosters be approved for Moderna, Johnson & Johnson?

Daggett said once the FDA gives the approval, he will be set to get his booster shot. He said researchers want participants to have the flu shot at least 14 days before getting the booster. His 14 days will be up on Tuesday and Daggett is ready.

RELATED: 2 Your Well-Being: What to know about booster vaccines