Since the unrest in Charlottesville, at least 27 cities have removed Confederate monuments. 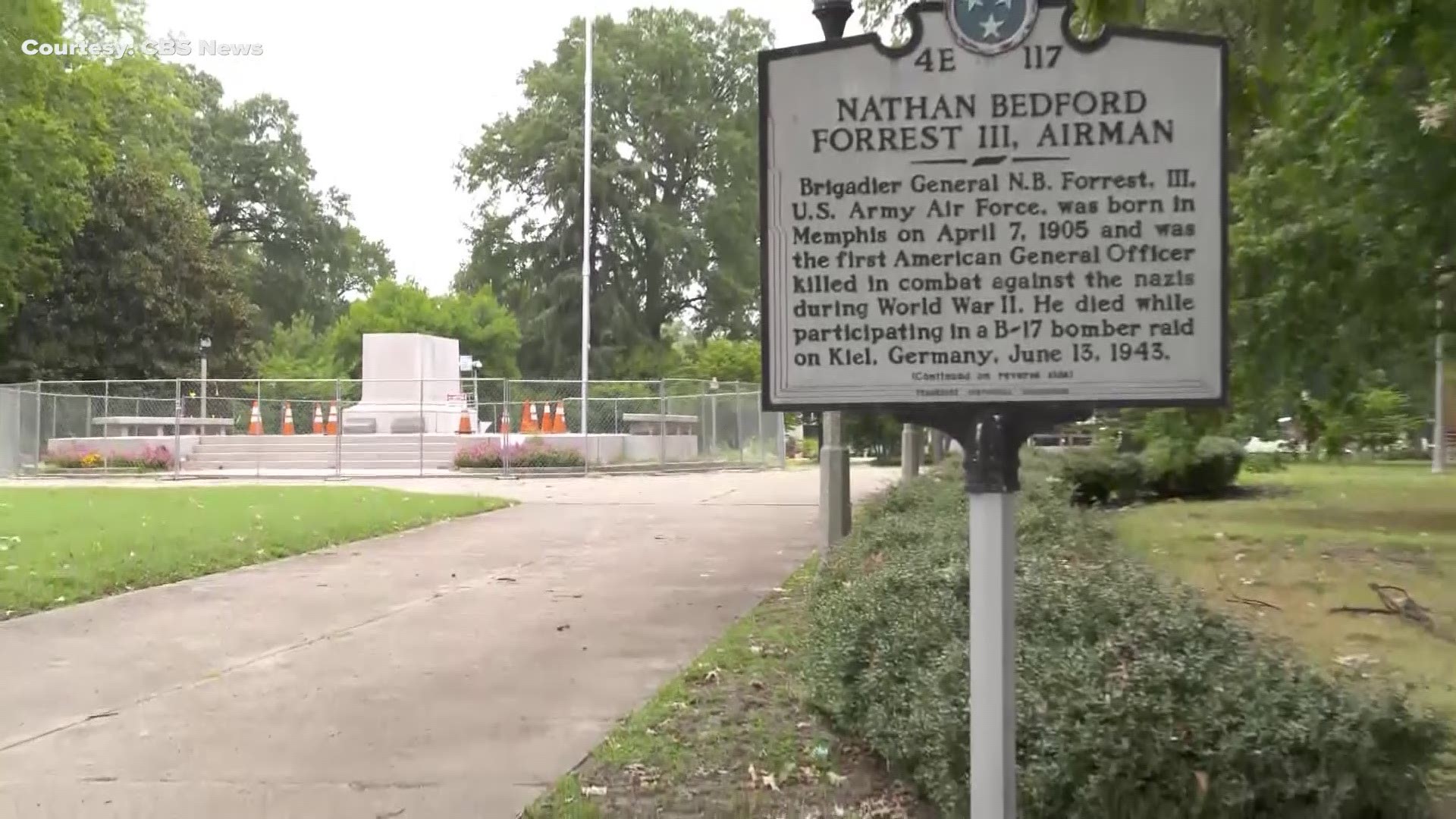 Police in Washington, D.C., are promising tight security for Sunday's "Unite the Right" rally. White nationalists and counter-protesters both plan to gather across from the White House to mark one year since the violent clashes in Charlottesville, Virginia.

One woman was struck and killed by a car driven by a white supremacist. The governor of Virginia has declared a state of emergency in Charlottesville ahead of the anniversary.

Last year's rally was to protest a plan to remove a statue of Confederate Gen. Robert E. Lee. That statue still stands in Charlottesville.

Other cities, however, have removed Confederate statues, and they're finding the controversy doesn't end there.

Shelby County Commissioner Van Turner met CBS News by a pedestal in a park where a Confederate statue stood until Memphis took it down and hid it last December.

"And it's secret because?" CBS News asked.

"Because we don't want anyone to try to go do something to it," Turner said.

Turner led the drive to remove two statues: one of Jefferson Davis, president of the Confederacy, and Gen. Nathan Bedford Forrest, who later became the first leader of the Ku Klux Klan.

Turner took CBS News to see the statues — if we promised not to reveal their location.

"Why all the secrecy?" CBS News asked.

"You have some people who are very upset and you know this needs to be something that's under wraps right now. It needs to be undisclosed and we need to wait until the litigation ends," Turner said.

Lee Millar, a spokesman for the Sons of Confederate Veterans, is one of those who are upset. The group sued to put them back up.

"I think it's disgraceful that people would tear down history," Millar said.

The city created a sham corporation, non-profit they say, and then sold the park to a nonprofit and let them take down the statues.

Since the unrest in Charlottesville, at least 27 cities have removed Confederate monuments. They're hidden in Baltimore, New Orleans and Memphis.

But more than 700 still stand nationwide.

Whether these monuments were taken down legally is something a state appeals court is expected to decide later this year. If not, it's possible these status, tributes to the old South, could rise again.

The city of Memphis is standing up to a big bully — and that's the bully of racism. Until a court rules, these statues will stay sealed in a box like a coffin.