Officers will be checking for speeding, following too close, aggressive and careless driving, not wearing a seat belt, and distracted driving. 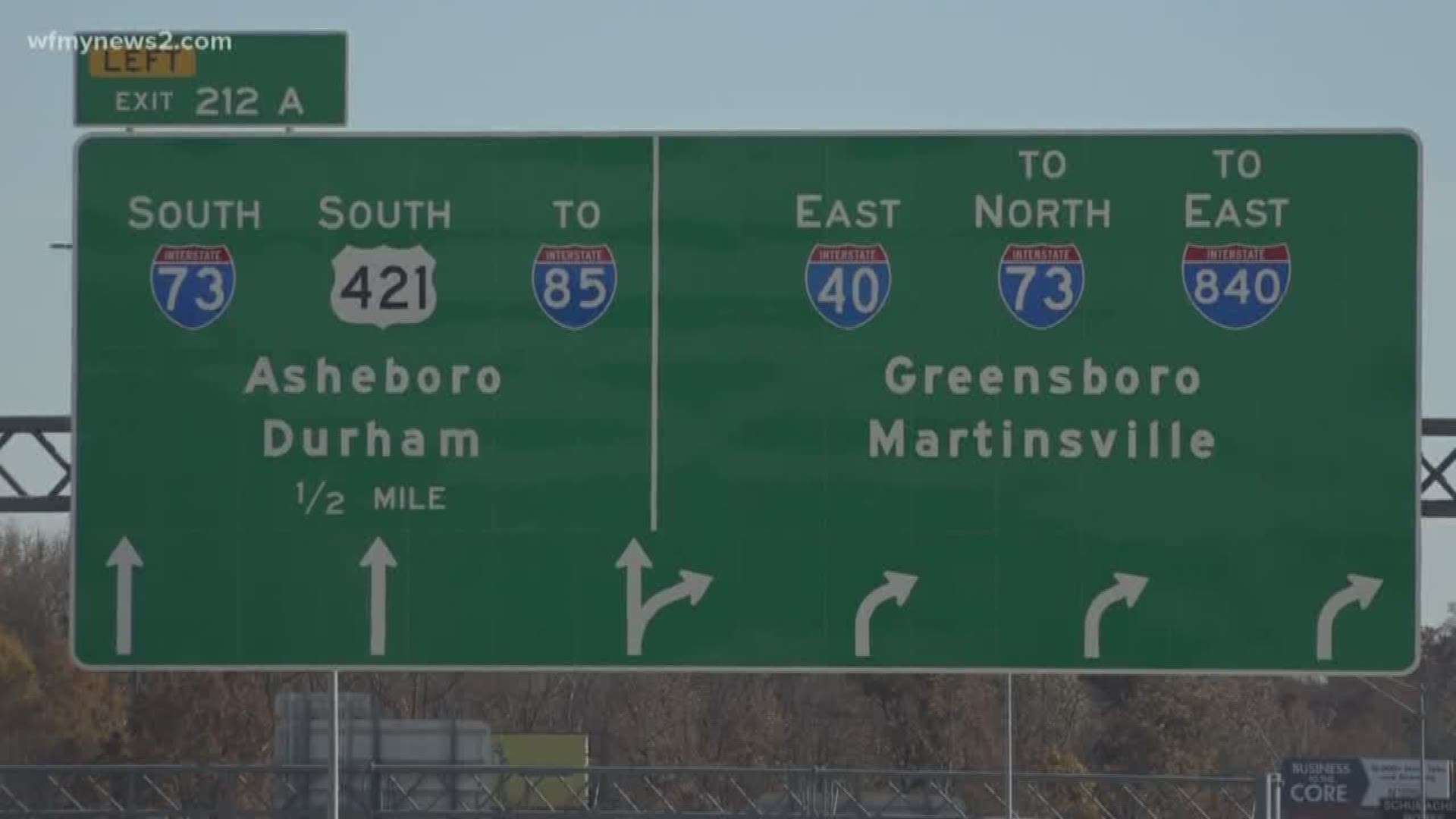 GREENSBORO, N.C. — Local law enforcement agencies want to make sure you obey the rules and stay alert as you travel this holiday season. To keep the roads safe, they are going to be on the lookout for traffic violators.

Now through Sunday, December 1, the Greensboro Police department’s Traffic Safety Unit will lead a joint initiative with other agencies called “No Need to Speed."

GPD's Traffic Safety Unit is partnering with the Guilford County Sheriff’s Office, The High Point Police Department, UNCG Police and the North Carolina State Highway Patrol. They will focus traffic enforcement in and around Interstate Highways, US Highways, and NC Highways throughout Guilford County.

RELATED: North Carolina troopers placed every 20 miles along I-40 for Thanksgiving

According to the National Highway Traffic Safety Agency, the Thanksgiving holiday marks the start of the busy holiday travel season. During this time, there is an increase in crashes and deaths.

NHTSA statistics showed that in 2017, there were 528 people killed in crashes across the country during the Thanksgiving holiday weekend -- about half of those who died weren’t wearing seat belts. The statistics also showed more people didn't buckle up at night compared to the daytime.

RELATED: 'Click It or Ticket': North Carolina Law Enforcement Starts Its 2019 Campaign to Keep You, Your Family Safe

"GPD’s Traffic Safety Unit will conduct multiple special operations in order to cover each highway throughout the City of Greensboro. Crash causing violations involving speeding, following too close, aggressive driving, careless and reckless driving, failure to wear a seatbelt, and distracted driving violations will be the primary concern during this initiative," said Officer Ron Glenn, spokesperson for Greensboro Police Department in a statement sent to WFMY.

"Officers throughout Guilford County will be stationed on each highway, conducting traffic operations utilizing multiple officers at each location. Officers will be looking for crash causing violations, which put drivers at risk, as well as conducting seatbelt enforcement along the interstate and highway routes," added Glenn.

"Speed enforcement is the basis of this but high visibility is also important with marked as well as unmarked vehicles," said Officer F.J Brewer of GPD's Traffic Safety Unit.

"A lot of crashes occur because we get in a rush and a lot of time when we are rushing we tend to dock in and out of traffic instead of taking our time," added Brewer.