Pat McCrory said he is "simply the best for the job." Mark Walker, who is also vying for the seat, said McCrory "is not good enough for our state." 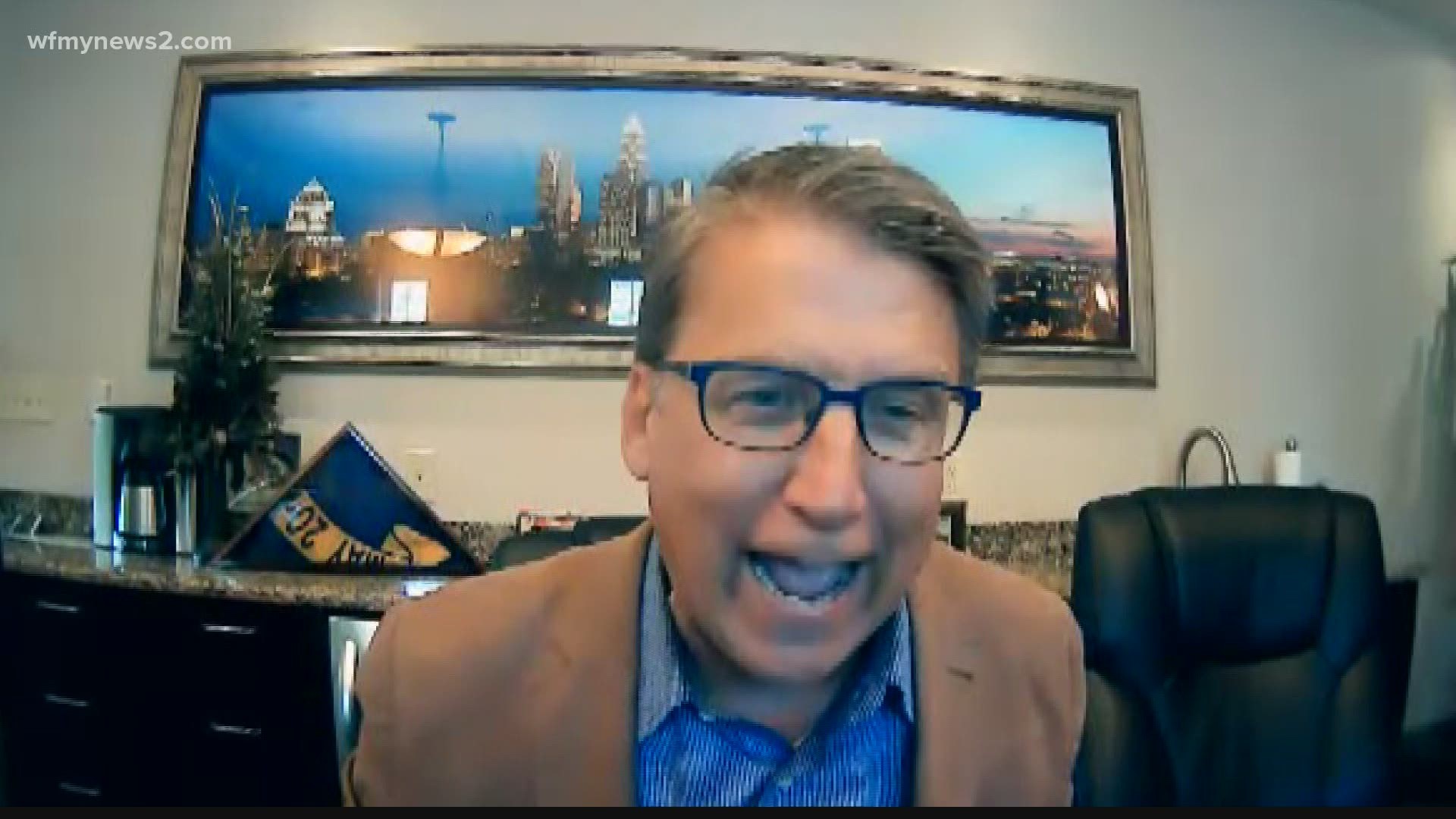 Burr is not seeking reelection. McCrory spoke about his campaign bid during his radio show Wednesday morning.

"I’m in. I’m going to run for the U.S. Senate because I’m simply the best for the job," McCrory said.

"I’ve proven as a governor and mayor that I know how to read a budget, balance a budget and I even know how to deal with major deficits and turn them into surplus. The list goes on and on," he said.

The former governor won his election in 2012 and lost in 2016 to Democratic Governor Roy Cooper.

McCrory sat down with WFMY News 2's Meghann Mollerus in 2019 to discuss his political future. At the time, McCrory said if he did run for office again, it most likely would be for Governor in 2020 of U.S. Senate in 2022.

McCrory throws his name into the hat for U.S. Senate along with fellow Republican and former U.S. Congressman Mark Walker, who announced his bid in December.

Walker released a statement on McCrory's run saying in part, "McCrory has routinely attacked conservatives, including President Trump, and if Pat wasn't good enough for Trump's administration, he's not good enough for our state. I am running for the U.S. Senate to provide North Carolina with its first real conservative senator in years."

North Carolina Democrats Chair Bobbie Richardson responded to the news of McCrory's Senate run. Richardson wrote in part, "North Carolinians remember exactly who Pat McCrory is -- a failed politician who signed hateful and divisive legislation into law, hurt our national reputation, and damaged our state's economy...it's clear that Pat McCrory is wrong for our state."