'It's About Building Back the Middle Class.' Joe Biden Campaigns in Durham

The former Vice President is speaking at Hillside High School. 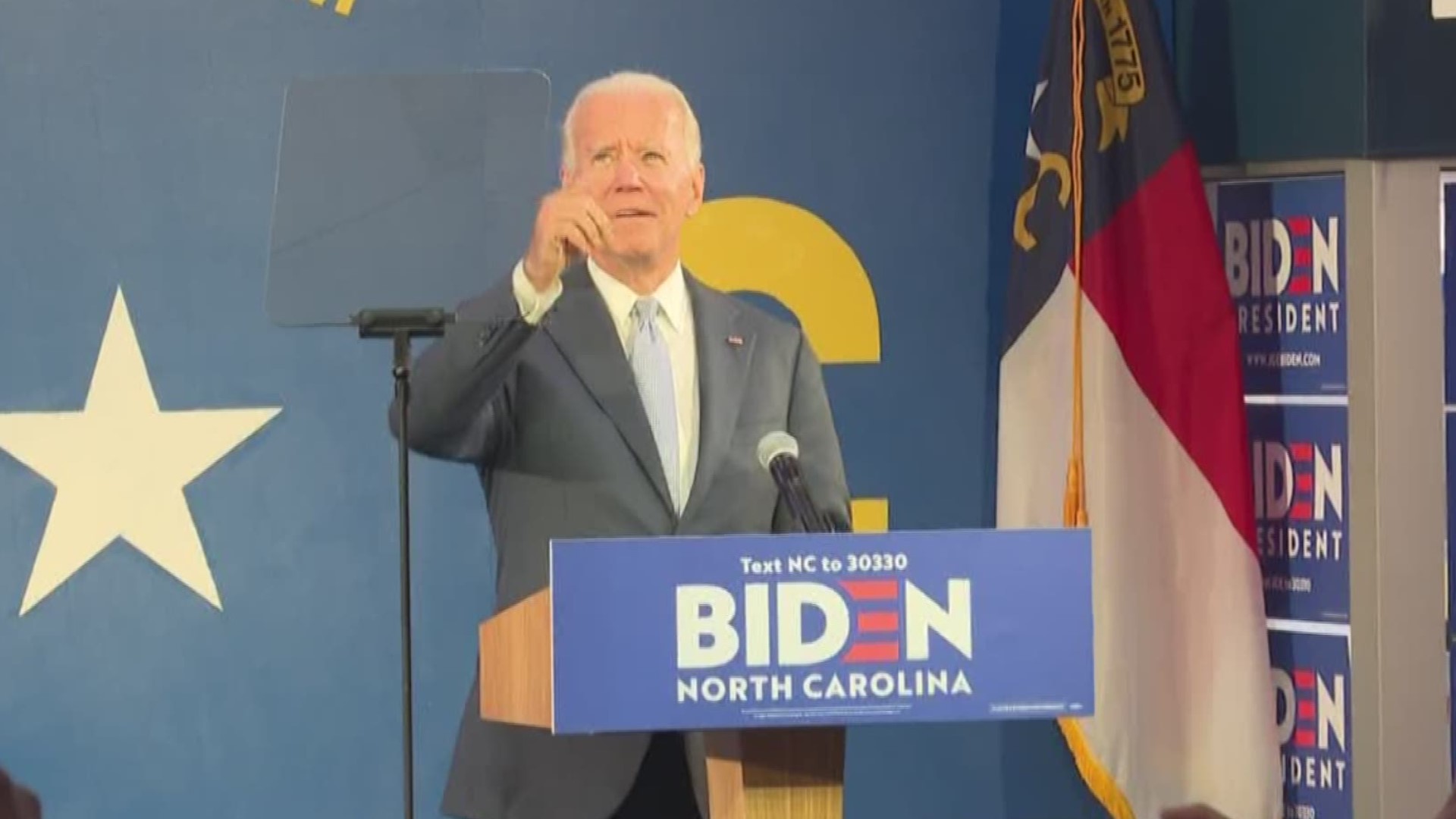 Biden addressed various issues on his platform including--building back the middle class and national security.

Biden has spent lots of time in South Carolina for the state's key early primary in late February, but North Carolina's primary is just three days later. Biden held a fundraiser in August in Charlotte. He trails top primary rivals Bernie Sanders and Elizabeth Warren in total fundraising and cash on hand.

Barack Obama and Biden won North Carolina's 15 electoral votes in 2008, marking the first and only time since 1976 that the Democratic ticket has been victorious in the state.

Former Vice President Joe Biden was on stage for just seconds before mentioning the mission to take out ISIS's leader.

Biden also said we need to continue to fight against all extremists, including those here at home like white supremacists.

"these forces of hate exist in every country. They are a minority of Americans but they are still there. We're in a battle for the soul of America."

He says President Donald Trump has not helped - pointing to the time Trump said there were very fine people on both sides at the Charlottesville riot.

"The words of a president matter. They can send men and women to war. They can end wars. They can help us heal. But they can also unleash and awaken the worst impulses among the minority of Americans....this election is diffrent than any other you've participated in no matter how young or old you are. It isn't just policies or agendas at stake. It's the sole of this country."

President Trump has not responded directly to Biden's claims, but Trump has said in the past that we must denounce white supremacy as a nation.