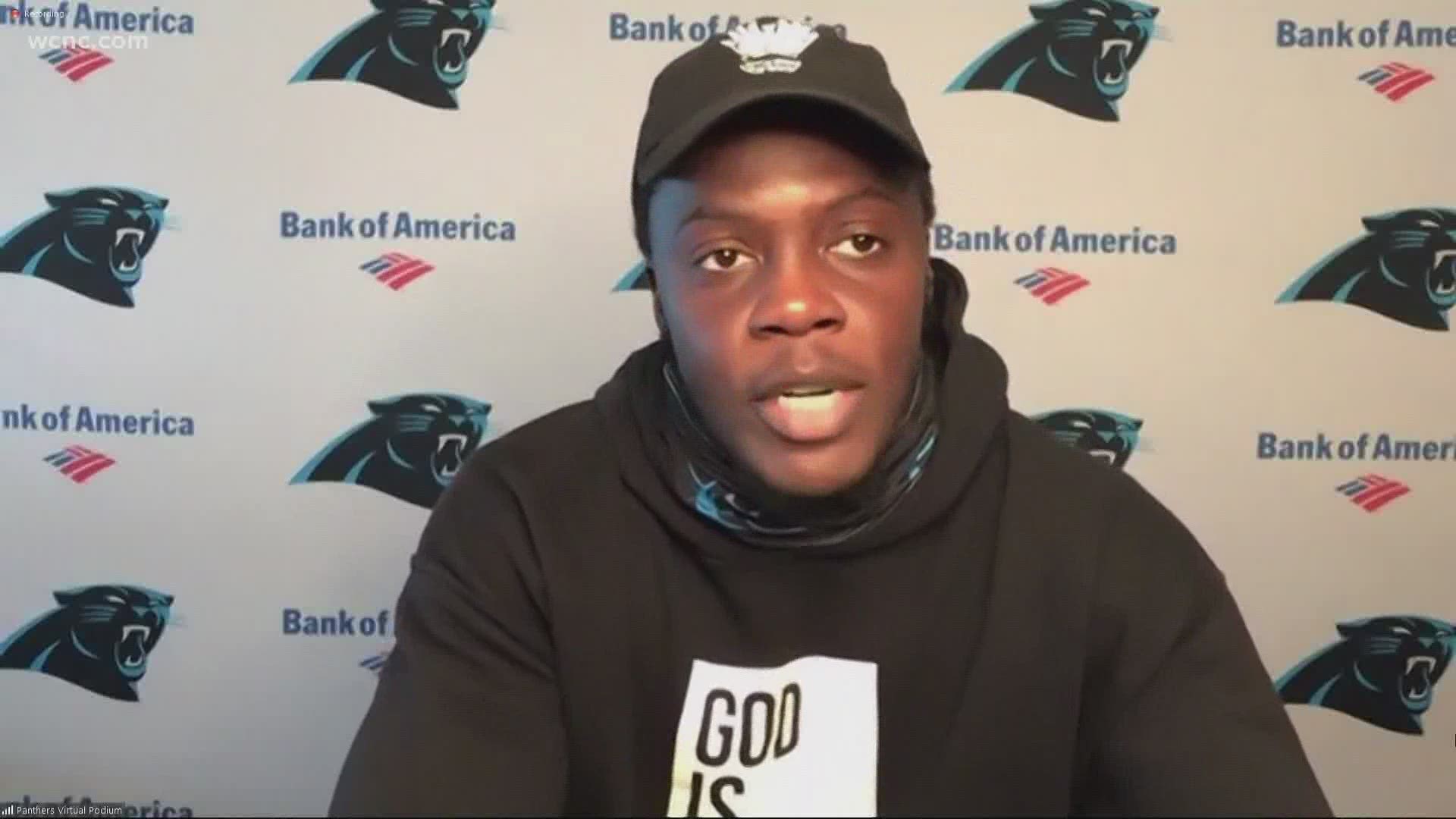 CHARLOTTE, N.C. — Preparing to take over a new team in a new city is a challenge for anyone, but for Panthers quarterback Teddy Bridgewater he is simply grateful that his NFL journey has led him to Carolina where he feels confident, that despite the challenges this year has brought, the team is already his.

"I credit that to Mr. Tepper, Marty and Coach Rhule and the coaching staff here. They've made this transition smooth. They told me from the jump that hey this is your team and guys will go as I go. Just being around the guys a couple days already you see them feeding off my energy and I'm feeding off their energy, so it definitely feels like my team," Bridgewater said.

One of the main topics of conversation since Bridgewater signed with the Panthers is the fact that he will take over where former Panthers quarterback Cam Newton left off.

"When I was returning from my injury, I had the opportunity to sign with the Jets and then New Orleans traded for me and now I'm here in Carolina and I'm forever thankful of my journey. With Cam it was one of those situations, I understand as a player your competitor you want to get back out there and get that opportunity to show you're still this elite guy. He's done some great things. He's obviously one of the best players to ever play for this franchise and everyone around here respects him. They speak highly of him and I just honored to be following in the position that he left behind to get the opportunity to just resume my career," Bridgewater explained.

While Bridgewater made it clear how much respect he has for Cam, he also believes greatly in himself and what he will bring to this team.

#Panthers QB Teddy Bridgewater was one of the only players wearing a mask at Monday team walk through. They aren't required, but it speaks to the responsibility he feels to be a leader whether it's in the huddle, through a pandemic, and off the field. pic.twitter.com/rbQmbuKoWx