The 81st annual Wyndham Championship, which will determine the outcome of the $10 million Wyndham Rewards Top 10 is set for Aug. 13-16 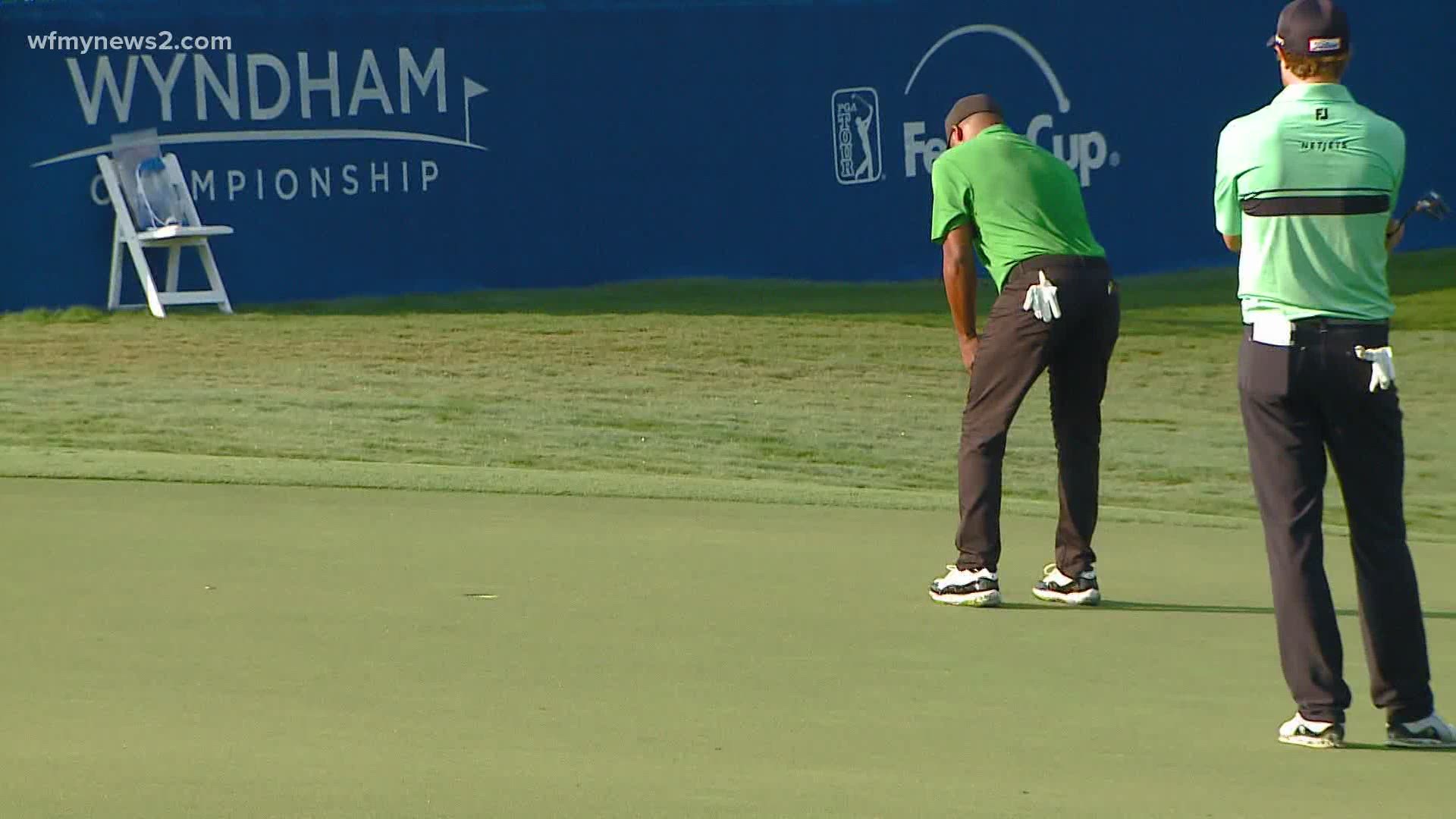 GREENSBORO, N.C. — Editor's note: The above video is from a previous story.

Four former champions will compete in the 2020 Wyndham Championship set for this weekend.

The 81st annual Wyndham Championship will be on WFMY News 2 and will determine the outcome of the $10 million Wyndham Rewards Top 10 is set for Aug. 13-16 at Sedgefield Country Club in Greensboro.

According to Wyndham, Simpson is second in the FedExCup and Wyndham Rewards Top 10 standings and fifth in the official world golf rankings.

Wyndham said he won the Wyndham in 2011.

Wyndham said it was his first PGA TOUR victory, and he went on to win the 2012 U.S. Open 10 months later. Simpson, who finished second here last year, leads the Wyndham Championship career money list with $3,214,868.

The tournament said Snedeker won the Wyndham Championship in 2007 and again in 2018 shooting a course-record 59 in the first round becoming the 10th golfer in PGA TOUR history to shoot a sub-60 round in official tournament play.

The tournament said Snedeker is second on the Wyndham Championship career money list with $2,902,309, 57th in the Official World Golf Rankings and 79th in the FedExCup point standings.

According to Wyndham, Pettersson won the Wyndham in 2008, the year it returned to Sedgefield Country Club, set records that year for lowest 36-hole total, lowest 54-hole total and lowest 72-hole total at 259, 21-under par.

According to Wyndham, Atwal accepted an exemption into the Wyndham field as he celebrates 10 years since his Wyndham Championship victory.

Wyndham said after entering the field Monday as a qualifier, he led wire-to-wire on his way to the win, although he shared the second-round lead.

The tournament said his first PGA TOUR victory was his 10th international win, and he became the first Indian-born winner in PGA TOUR history.

No fans allowed at Wyndham Championship in Greensboro

Wyndham Championship postponed, but not by much