The No. 1 overall seed held off Virginia Tech 75-73 in the East Region semifinals, earning a trip to the Elite Eight to face Michigan State.

The Blue Devils had to survive a wild final possession for the Hokies, who missed two 3-pointers for the lead then had Ahmed Hill miss a short putaway on a perfectly executed inbounds lob to the lane to end it. 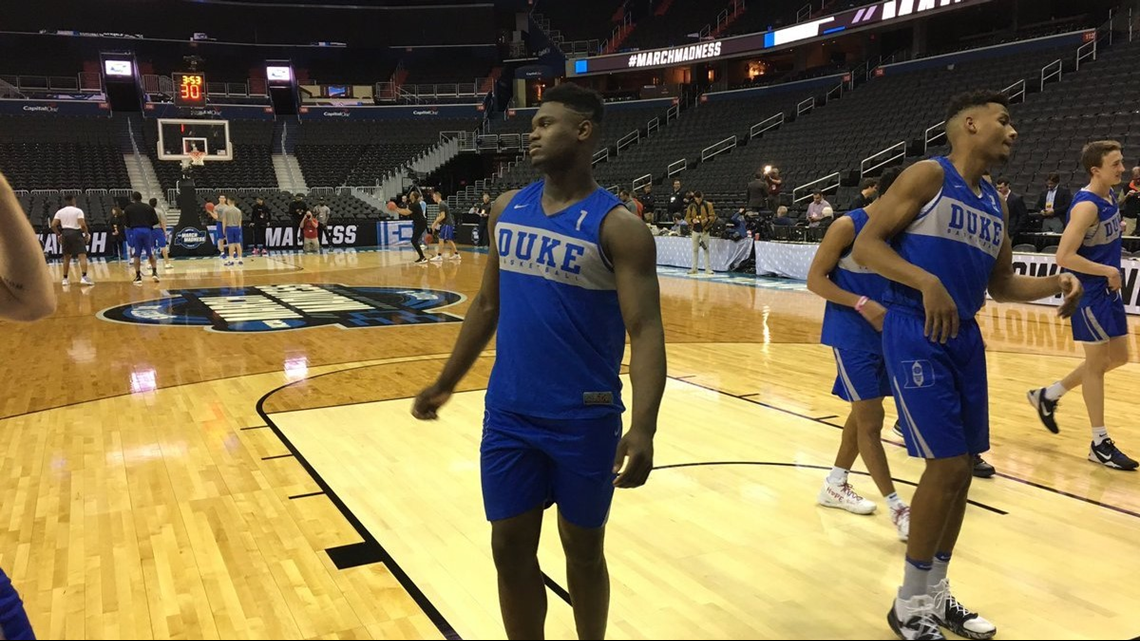 Duke had already survived UCF missing two attempts for the win in a one-point win in the second round last weekend. The Blue Devils also won games against Wake Forest and North Carolina this year by surviving final-play shots each time.

Zion Williamson scored a game-high 23 points, while fellow freshman Tre Jones scores a career-high 22 points with five 3-pointers to compensate for the absence of starter Cam Reddish due to a knee injury.

Kerry Blackshear had 18 points to lead the fourth-seeded Hokies.

RELATED: Tar Heels Bounced Out Of The NCAA Tournament In Loss to Auburn

RELATED: When and Where to Watch Duke and UNC Sweet 16 Games