Forbes won at least 24 games in each of his five seasons as the head coach for the Buccaneers while finishing third or better in the SoCon every year. 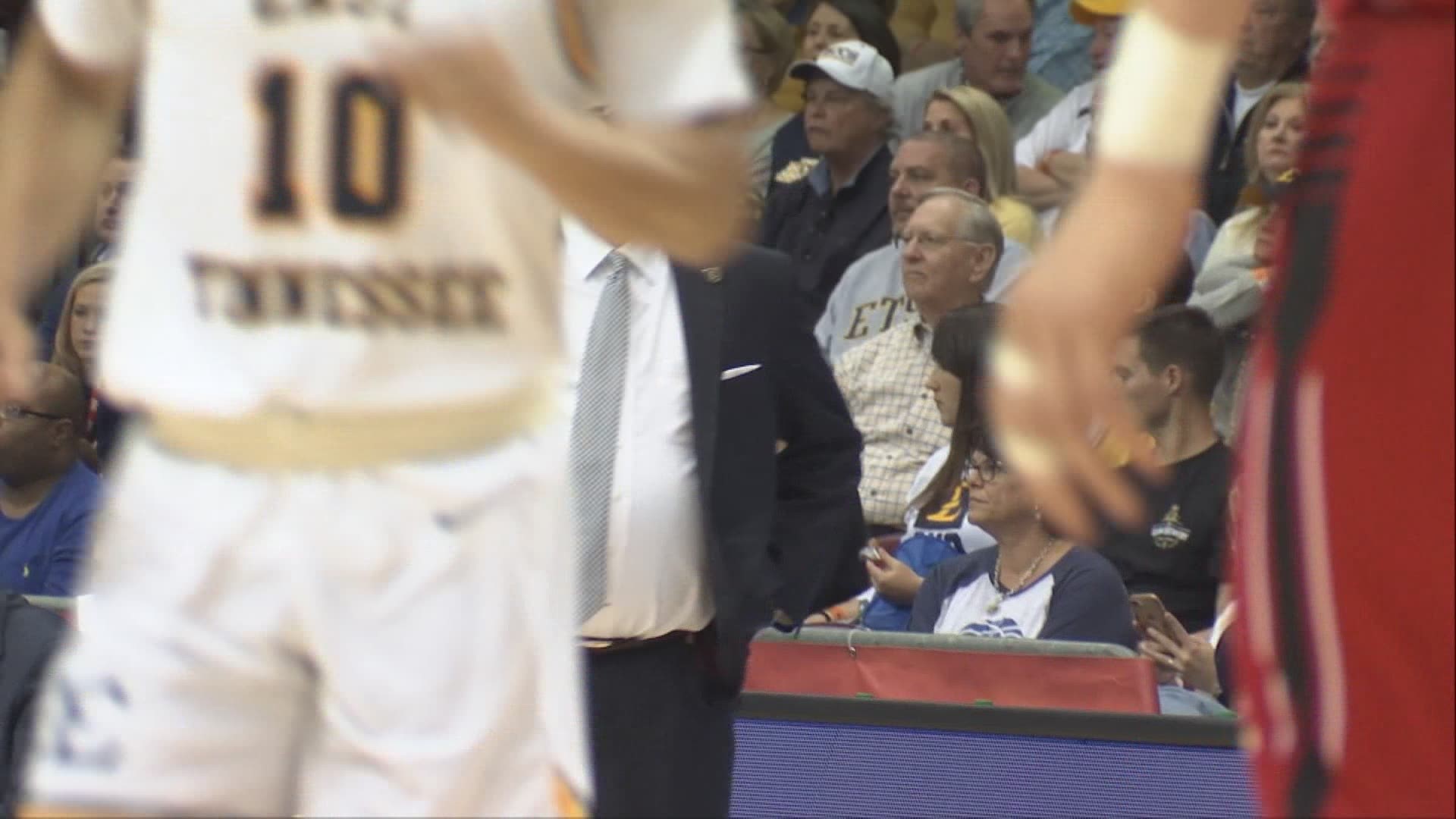 A 30-year coaching veteran, Coach Forbes is a proven winner and builder of championship cultures with a 260-77 (.722) overall record in his five years as the head coach at East Tennessee State and at three previous community college head coaching stints. ETSU won 130 games and two SoCon championships during his tenure, while all 22 of his seniors earned their ETSU degrees. Forbes joined elite company in 2018-19, becoming one of just 10 active Division I head coaches who have reached the 100-win mark in their first four seasons.

“I am grateful to John Currie for the open and inclusive process that led to today’s announcement,” said Wake Forest President Nathan O. Hatch. “The tireless efforts on behalf of his alma mater have yielded great benefits and I am pleased to welcome Steve Forbes to the Wake Forest family. I want to thank our dedicated search committee and the leadership of our Board of Trustees in supporting the search process. Steve, Johnetta, Elizabeth, Christopher and Johnathon Forbes will be tremendous additions to the University community.”

“I'm extremely excited for the opportunity to be the head men's basketball coach at Wake Forest University,” said Forbes. “I'm very appreciative of President Nathan Hatch and Director of Athletics John Currie for giving me the opportunity to work with a terrific group of young men. Coming to Wake Forest presents an opportunity to be a part of a special brand and a chance to impact our student-athletes' lives in a positive way while competing for championships. My highest priority is spending time and developing relationships with our current student-athletes, alumni and the young men who will make up the future of Demon Deacon Basketball.

“Leaving ETSU was not an easy decision for me and for my family," Forbes said. "I will be eternally grateful to President Dr. Brian Noland, the fans, and those student-athletes with whom I shared such special experiences. They have taught me so much and changed my life."

"Coach Forbes has an incredible track record of success, matched only by his reputation for building strong and lasting relationships,” said Currie. "He operates with a high level of intensity and is not only an effective coach on the floor, but a great recruiter as well. We welcome him and his family to Deacon Nation and I'm looking forward to supporting him and his staff as they build a championship program both on and off the court.

"Thanks to all of the advantages of Wake Forest, Winston-Salem and the ACC we had an incredible array of talented coaches who wanted this job. As we worked through the process, Coach Forbes emerged as the absolute right person to lead Demon Deacon basketball back to ACC and national prominence.”

“It was so important to our student-athletes for us to conduct this search as thoroughly and efficiently as possible and I am grateful for our campus leaders being willing to jump in and spend Sunday and Monday meeting with candidates to find the right person to lead our program,” said Currie.

“We also want to thank our consultant Chad Chatlos of Ventura Partners.  Chad was an absolute warrior throughout this process,” said Currie.

Forbes won at least 24 games in each of his five seasons as the head coach for the Buccaneers while finishing third or better in the SoCon every year.

During the 2019-20 season, ETSU was having its best season in program history before the cancellation of the NCAA Tournament. The Bucs finished with a 30-4 record and SoCon regular season and tournament titles. Forbes earned conference coach of the year along with the Hugh Durham Award, given to the most outstanding mid-major coach in the country.

An assistant under three Final Four coaches over the course of his career, Forbes developed his coaching style under some of the best head coaches in the game. National powers Tennessee and Wichita State both reached the pinnacle of success with Forbes on the bench.

In addition, Forbes spent two record-breaking seasons in College Station, Texas (2004-06) when Texas A&M set a program record for Big 12 Conference wins. Picked to finish last in the Big 12 prior to the 2004-05 season, the Aggies won their first 11 games and went on to a 21-10 record and an appearance in the National Invitation Tournament. In 2005-06, Texas A&M advanced to the NCAA Tournament for the first time since 1987 while recording a 22-9 record, the third-most wins in school history.

A native of Lone Tree, Iowa, Forbes graduated from Southern Arkansas University with a degree in secondary education in 1988. A former baseball student-athlete for the Muleriders, Forbes spent one year at his alma mater as the sports information director before embarking on a coaching career.

Forbes and his wife, Johnetta, have three children, Elizabeth, Christopher and Johnathon.