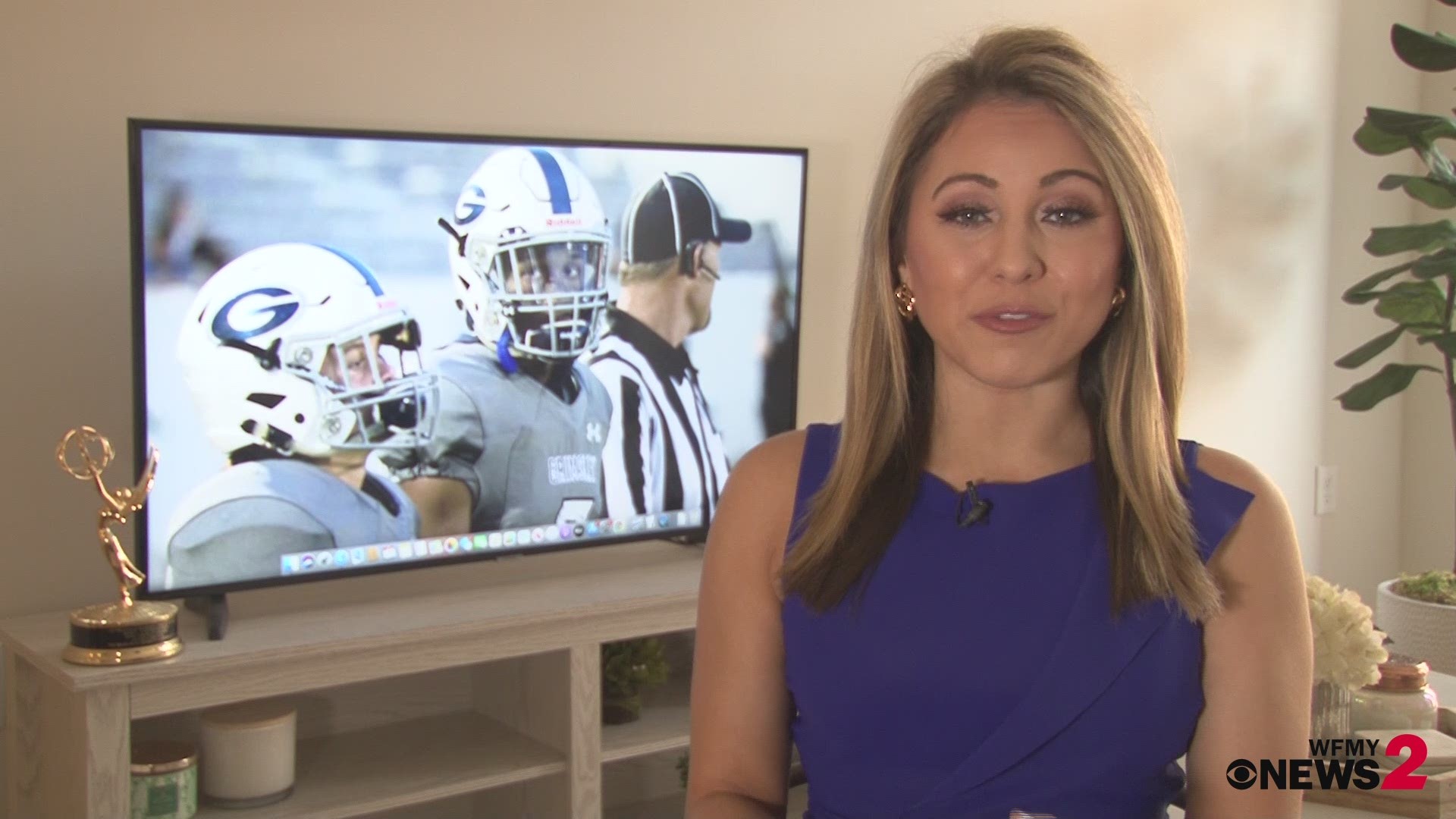 GREENSBORO, N.C. — High school football teams in the Triad are getting on the field, to prepare for the first official practice of the season.

“It just felt like we’re back and ready to go," said Darryl Brown, who is Grimsley High Schools head football coach.

2021 looks a bit different than a normal year. Teams like Grimsley High School have to wear masks.

"Once we start our season and have helmets on, they will not have to have the mask on," said Brown.

Head Coach Darryl Brown said his guys are in the skill development stage. They practice 4 times week for 90 minutes. This will continue until the first official practice.

“Guilford County gives us 50 guys at a time that we’re allowed to work out with," said Brown.

Coach said his team practices social distancing. They do temperate checks and make sure nobody has symptoms. They also ask players if they were around anyone who has tested positive for COVID-19.

“Pretty much all our kids are used to that, they’re accustomed to it," said Brown. "It goes fast, as for the check-in procedures."

The season is set to start February 8, whether kids are in school or not. Coach said the season is going to be similar to high school volleyball and basketball. Those sports were able and have been playing games.

“For us to have not practiced in almost a year, it was like we did not miss a beat," said Brown. "It was a lot of fun. Our guys had a lot of energy a lot of enthusiasm, so it gives us a lot of hope moving forward.”

Competition is set to start February 26. The final game is set for April 9.