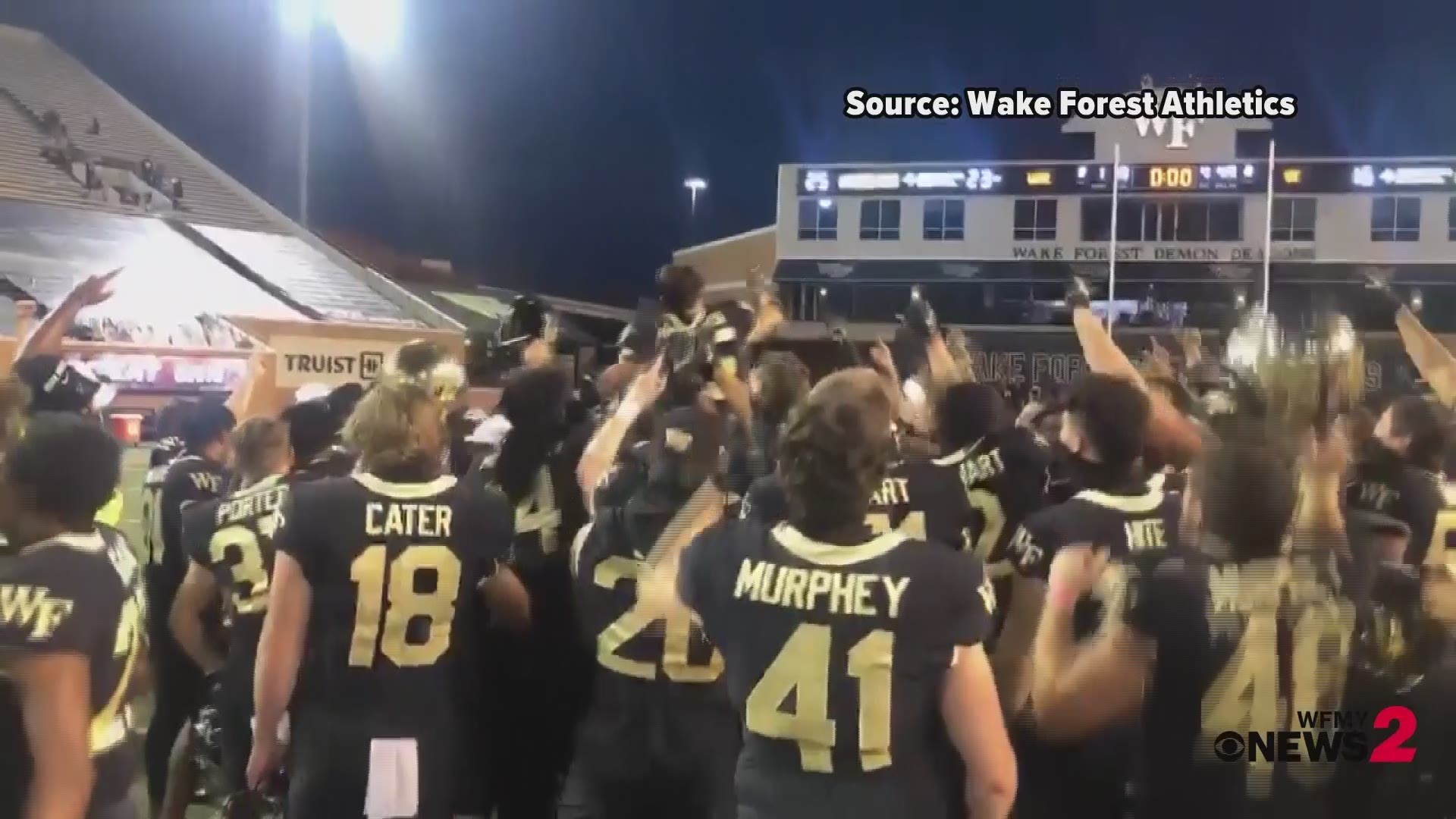 GREENSBORO, N.C. — A player lifted up and carried around the field doesn't happen often, but it's not every day a player has 3 picks in a game, let alone a walk-on true freshman. Wake Forest defensive back Nick Andersen did that in Saturday's game against Virginia Tech. His team celebrated his accomplishment by hoisting him on the field.

“He’s a tough nose, smart kid, Nasty, violent, fast, physical, all those attributes, that’s what he is," said Jon Shields, who is the head football coach at Centreville High School and coached Andersen his senior year.

Andersen's from Virginia and played for Centreville High School. Coach Shields said he had some college offers.

“It was academics, it was athletics, it was playing in the ACC," said Shields. "I think it was just a challenge for him. He loved Wake.”

“We liked him and offered him a walk-on spot and fortunately for us, he took it," said Wake Forest Football Head Coach Dave Clawson.

Coach Shields said his guys are already looking up to Andersen.

“They look at it as 'Hey he got an opportunity and we can do that too', that’s the attitude that’s been going on this week since they saw him play," said Shields.

As for his current team, the Demon Deacons are working on a scholarship for Andersen.

“We’ll definitely be taking care of that next semester," said Clawson.