The team of firefighters left Greensboro at 6 a.m. Thursday and will be deployed for up to 15 days. 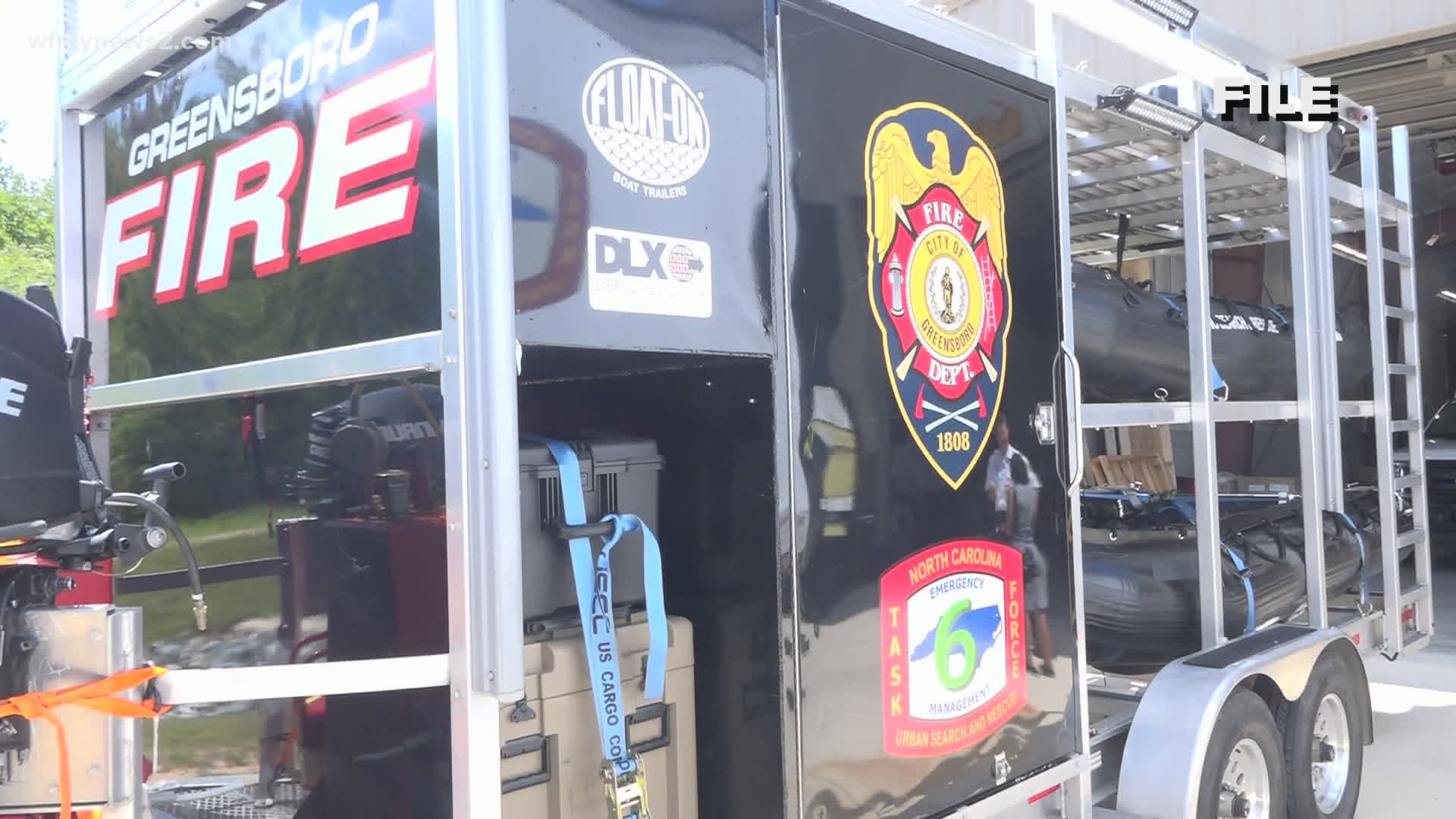 GREENSBORO, N.C. — The Greensboro Fire Department deployed a team to the gulf state of Lousiana, which is still being impacted by Hurricane Laura.

According to a spokesperson for the fire department, the deployment is In response to a request from Louisiana emergency officials to the North Carolina Emergency Management. The 20-member Greensboro Fire Department Swift Water Rescue Team will assist with search and rescue efforts. They will be using boats and other equipment to rescue people trapped in flooded homes and others stranded by floodwaters.

The personnel will be working as part of a team from the State of North Carolina made up of rescuers from both the Greensboro and Charlotte fire departments.

RELATED: The Piedmont Triad Is Ready To Help Others With Hurricane Dorian Recovery "Greensboro firefighters will provide a swift water rescue component while members from Charlotte will provide the urban search and rescue (USAR) component," Dwayne Church of the Greensboro Fire Department said.

Church said the team of firefighters left Greensboro at 6 a.m., Thursday and the deployment is expected to last up to 15 days.

"Members of the Greensboro Fire Department will be traveling to Baton Rouge, LA where they will check-in and be given work assignments. The team is expected to arrive at their destination late this evening," Church said.

The team which includes one mechanic left with six rescue boats and nine vehicles.

"They are trained to have teams in each boat and they will have a small zodiac boat and they'll be looking for people to rescue. A lot of people may be in flooded areas, maybe people on the rooftop, that may be stranded in vehicles," Church said.

The coronavirus pandemic would also impact the mode of operations for rescuers this time around.

"This is the first time that we've been out since the pandemic started and any time that they approach anyone that's in need of rescue they've got to have on all their PPE's," Church said.

Church put the estimated time of arrival for the firefighters around 10 p.m. Thursday.

Meanwhile, nine volunteers with the American Red Cross from the Greater Carolinas region are also standing by in Houston.

"We have health services teams to help them with all the health services needs. They may have lost medication and stuff like that and we have teams that can help them," said Gina Bishop, a Red Cross volunteer from Asheville.

The Red Cross said it is ready for a large response effort in Louisiana and Texas, with nearly 600 trained disaster workers helping communities threatened by Hurricane Laura. They also have pre-positioned shelter and relief supplies along the Gulf Coast and additional workers are ready if needed.

The Red Cross is also coordinating closely with community partners and emergency officials to ensure people have a safe place during the storm. According to a spokesperson, as many as 5,000 people were provided a safe place to stay in emergency lodgings, including shelters and hotels, Tuesday night 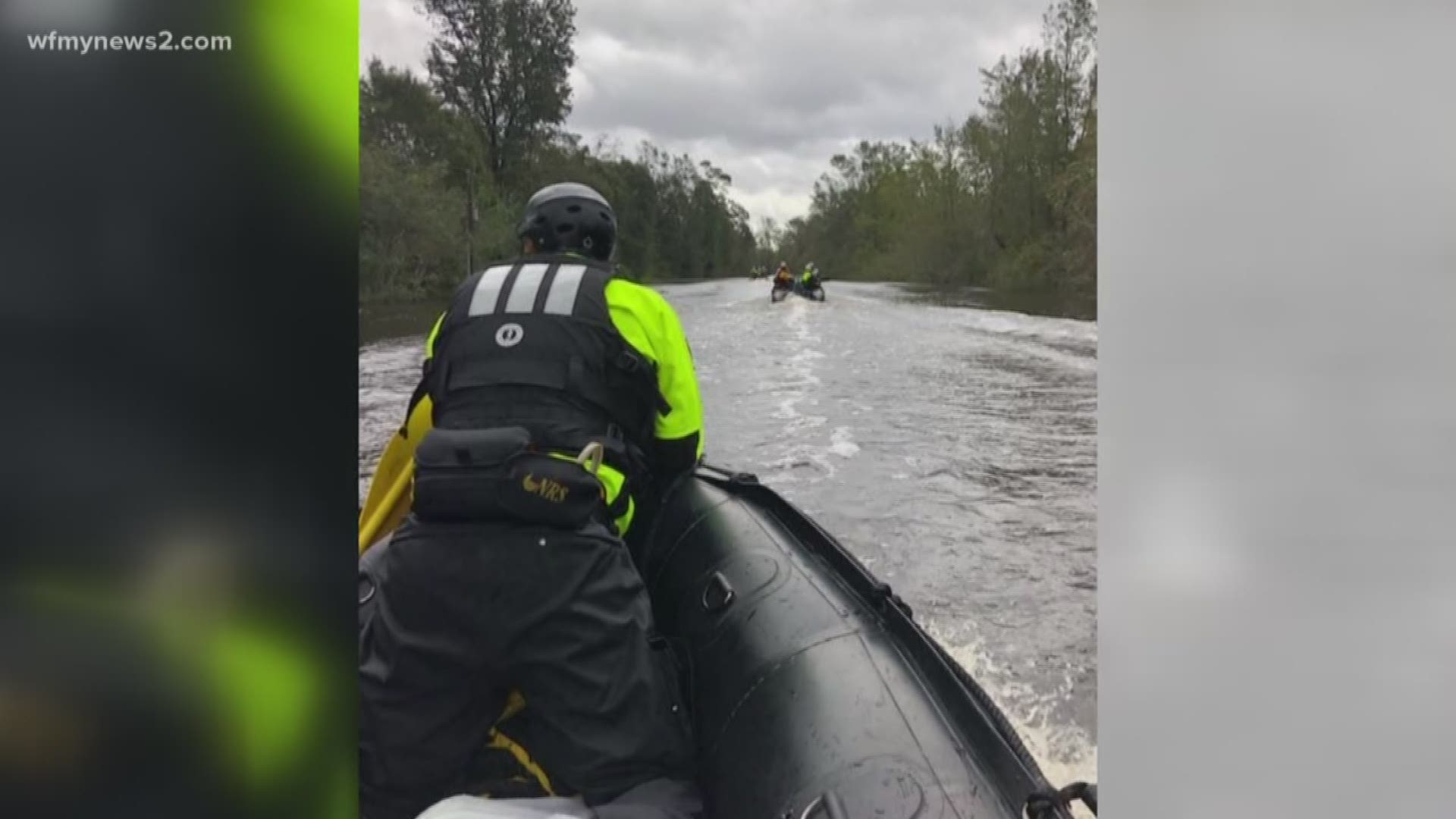