The six-time NBA champion and Charlotte Hornets owner donated $2 million on Tuesday to assist residents of the Carolinas. 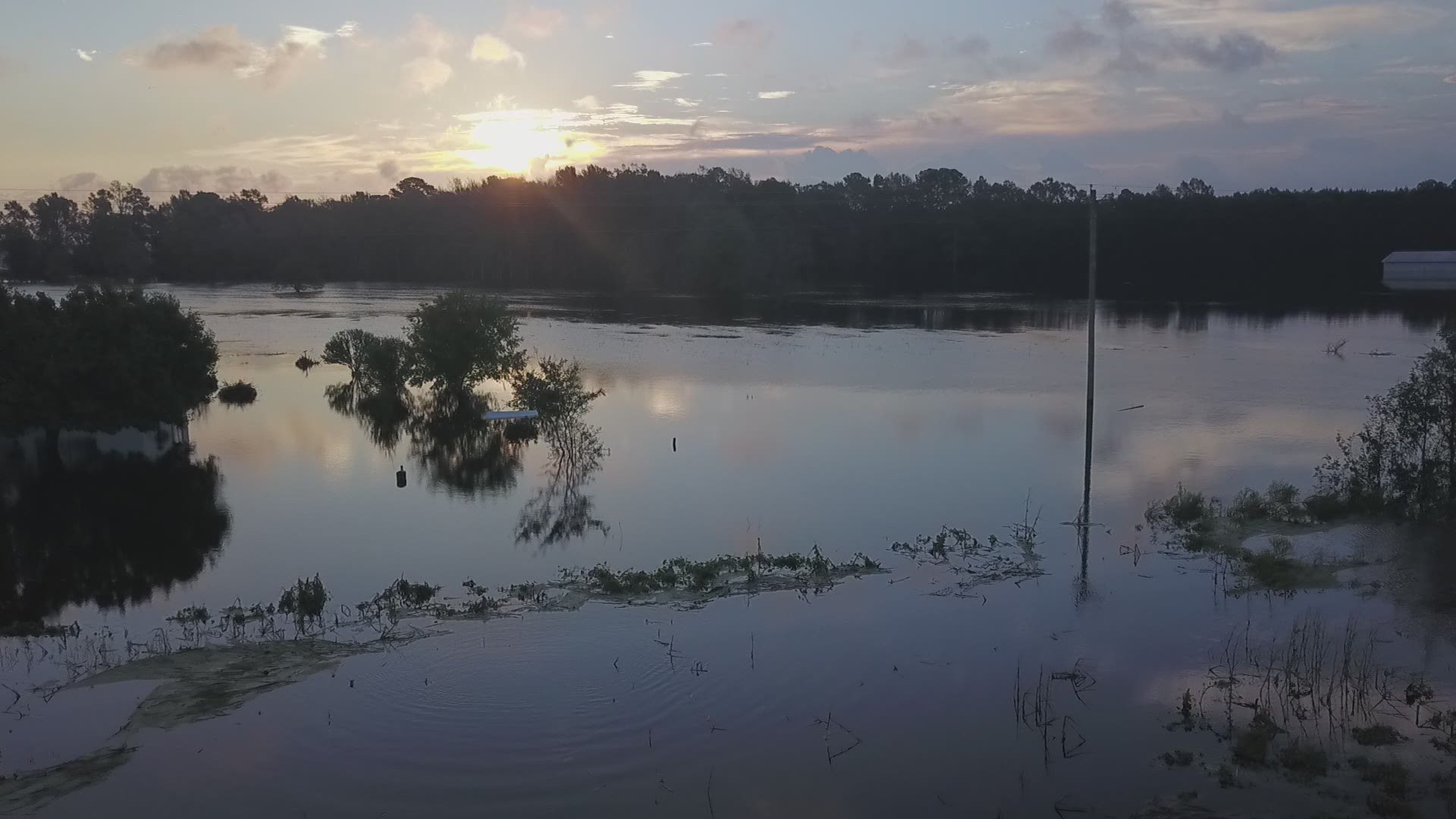 CHARLOTTE, N.C. (AP) — Michael Jordan grew up playing high school basketball in Wilmington, North Carolina. So when the former NBA star watched the destruction caused by Hurricane Florence to his hometown and surrounding area, he acted quickly to help.

The six-time NBA champion and Charlotte Hornets owner donated $2 million on Tuesday to assist residents of the Carolinas — $1 million each to the American Red Cross and the Foundation For The Carolinas' Hurricane Florence Response Fund.

"It just hits home," Jordan told The Associated Press in a telephone interview. "I know all of those places: Wilmington, Fayetteville, Myrtle Beach, New Bern, and Wallace, which is where my father is from. So quite naturally it hits home, and I felt like I had to act in a sense that this is my home."

The 55-year-old Jordan said he still has an aunt, cousins and several buddies who live in coastal North Carolina. He also has a nephew who attends UNC Wilmington, which has remains closed while recovering from the damage.

He watched television with extra concern last week when the hurricane pounded the area, causing 34 known deaths — including 26 in North Carolina — and leaving behind damaged homes, power outages and extensive flooding.

Jordan spent the days after trying to get in touch with family and friends to make sure they were safe. He was relieved upon learning they were uninjured.

"At the end of the day, it makes you think about the path that you have taken, and where your life has taken you," Jordan said. "And I just feel like, well, maybe if I can help in some sort of way all of the people, and all of the places, that have helped me along the road."

Jordan said it's fulfilling to have the resources to help.

"I have been one of the lucky ones to move on and build an unbelievable career," said Jordan, who played college basketball at North Carolina. "It just makes it a little more special when you can actually help out an area you know very, very well."

Jordan plans to visit the area at some point when the roads are safe to travel and check up on family and friends.

In addition to the donation, more than 100 members of the Hornets organization will help pack disaster food boxes Friday at Second Harvest Food Bank of Metrolina in Charlotte, North Carolina. The disaster food boxes, which provide individual meals, will be shipped to Wilmington, Fayetteville and Myrtle Beach, South Carolina, and distributed to those directly impacted by the hurricane.

The Hornets Foundation also will make a donation to Second Harvest Food Bank of Metrolina. Food Lion, the team's Official Hunger Relief Partner, will be donating the food packed for the boxes.

Additionally, Hornets and NBA merchandising partner Fanatics has designed a special T-shirt featuring the Hornets logo in the middle of the states of North and South Carolina surrounded by the words "Carolina Strong." The NBA, the Hornets and Fanatics will donate 100 percent of the net proceeds to the Foundation For The Carolinas' Hurricane Florence Response Fund. The T-shirts are now available online at NBAstore.com, Fanatics.com and HornetsFanShop.com for $24.99.

"We reached out to try to find as many partners who are willing to sacrifice and give to this cause," Jordan said. "The Red Cross will deal with the immediate food and shelter and the Foundation For The Carolinas will deal more with the long-term assistance. This is not a short-term thing. This is going to be a process, but it is going to take time."