Andrew White started working at the Wendover Chick-fil-A when he was 16 years old. From that day on, he knew he wanted a Chick-fil-A of his own one day. 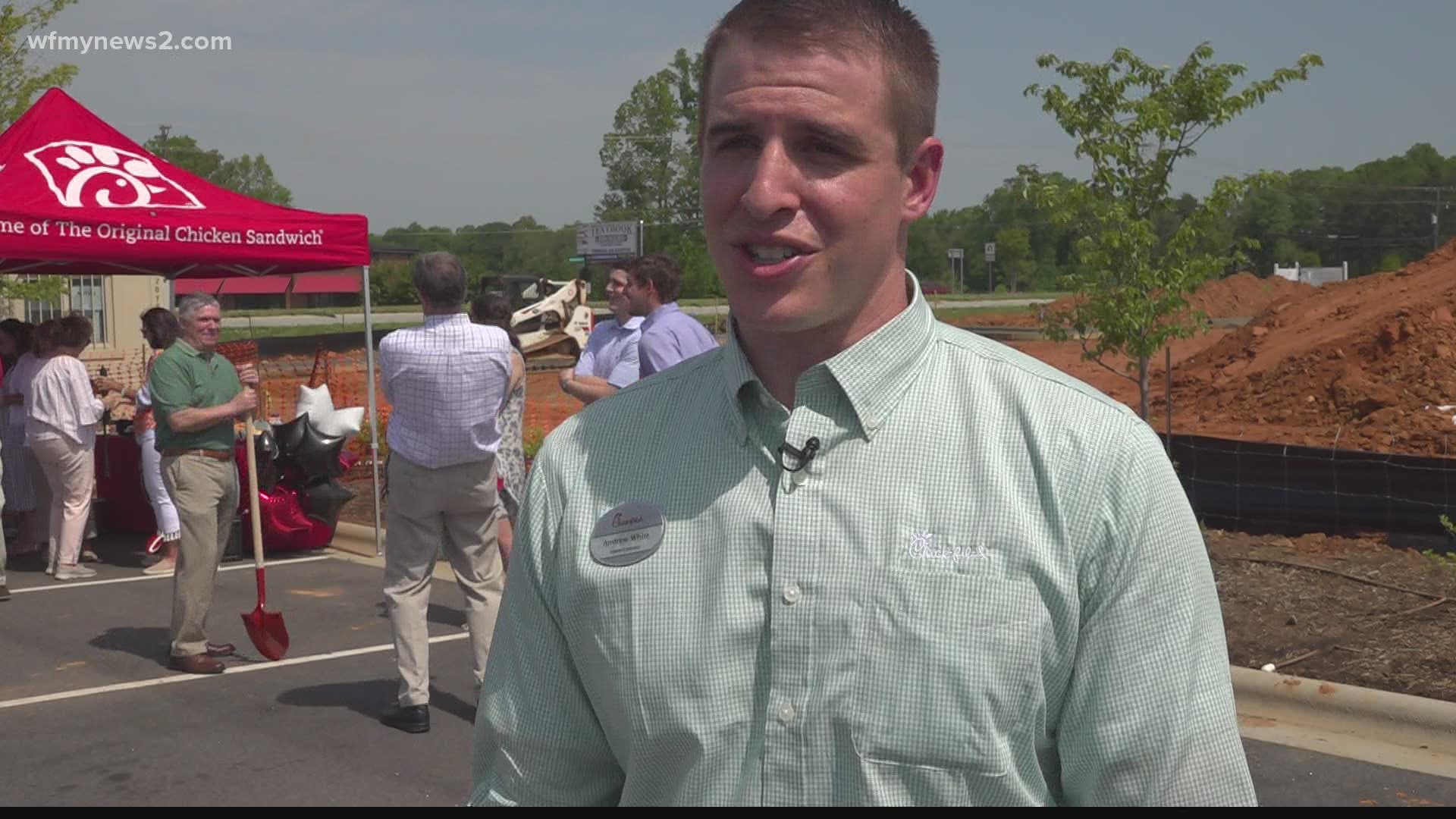 The new location is exciting, but what tops that is the owner's story about opening up this new franchise.

Andrew White and his family are super excited to be back home, after 5 years in the Midwest.

This Ragsdale High alum and his family are headed back to where it all started.

From working at the Wendover Chick-fil-A as a teen, to seeing his dream become his reality.

"It's surreal, it truly is a homecoming. When we left in 2012 and moved to Wisconsin. We didn't think there was a chance to come back to North Carolina. Although we had that desire, and we loved that idea, but we just didn't think it'd be possible."

Well what was once a dream, is now Andrew's reality. He's been with the company since 2006. After college he was the General Manager of a couple of restaurants in Raleigh, then he packed his family up and moved to Milwaukee to help another operator open a few stores up that way.

Then Andrew was afforded the opportunity to become the operator at a location in Coralville, Iowa, just outside of Iowa City in 2018.

Now he's just months away from opening his very own Chick-fil-A outside of right down the road from his childhood home.

Although it still feels like a dream, White has a message for anyone out there chasing their dream "I think my encouragement to everybody will be pursue your dreams. Truly, anything is possible."