The city says a Cookout employee was washing a greasy kitchen container, and dumped the water and grease mix into the ground rather than dispose of it properly. 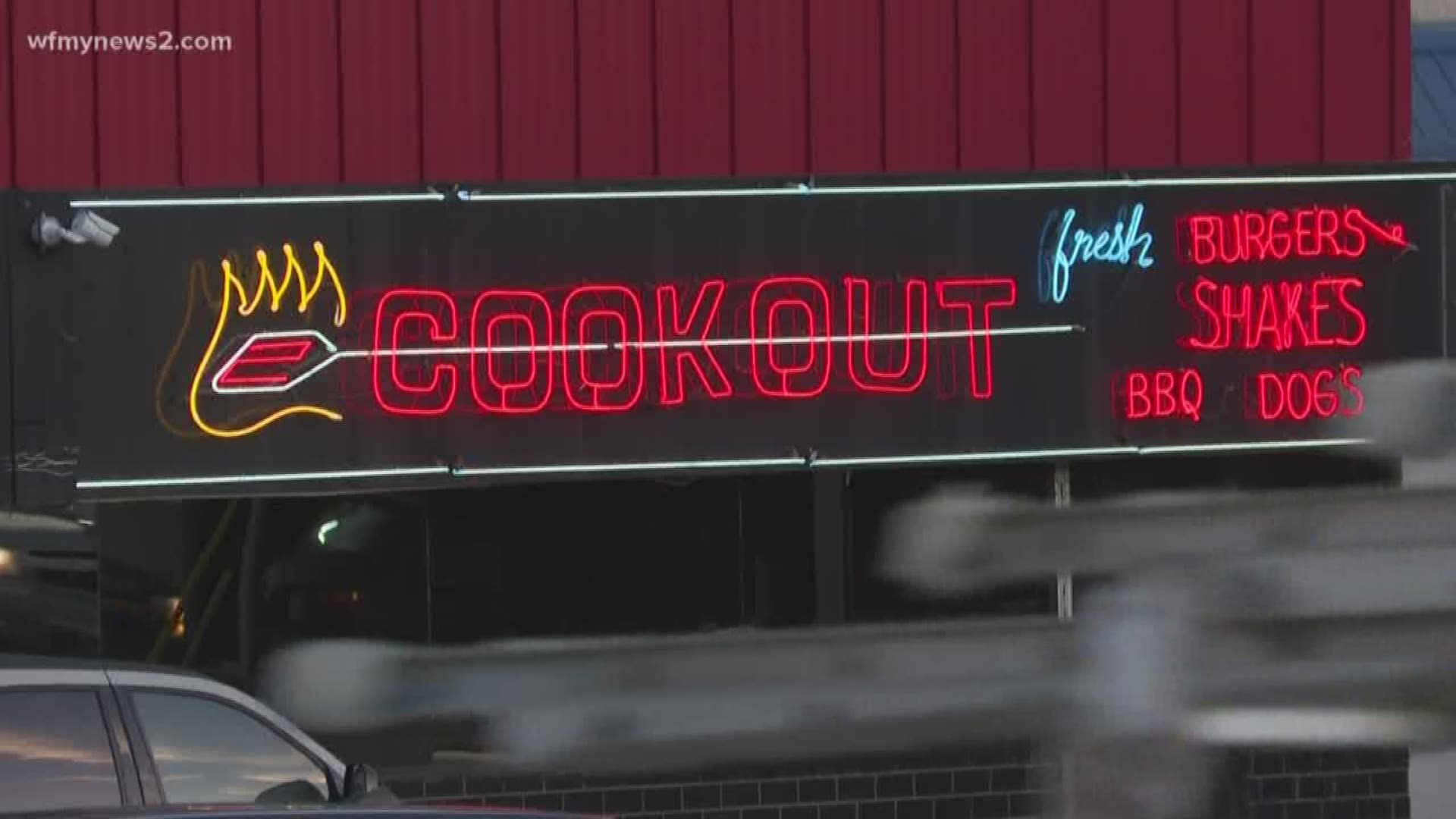 GREENSBORO, N.C. — Ryan Creek runs under Randleman Road, behind the Cookout, and into a residential neighborhood.

A tip from a viewer got the ball rolling on an investigation and possibly another violation for one local burger joint.

The city says a Cookout employee was washing a greasy kitchen container, and dumped the water and grease mix into the ground rather than dispose of it properly, according to Peter Schneider, Greensboro Water Quality Supervisor.

Now, the city is working to determine whether to issue a notice of violation to the Cookout on Randleman Road. This wouldn't be the first time.

The city says this location received three notices of violation in the past, all related to illegal dumping.

"It’s alarming," said Michael Mebane. The creek runs right through his back yard.

"It's concerning. I have kids here, that we want to keep our neighborhood clean," said Susie Oliva, "I try to keep my yard clean and it's just out of respect that our neighborhood and the businesses around here would also be mindful of what they're dumping."

WFMY News 2 visited the Cookout on Randleman Road Monday. The general manager says the city has been in touch with them and took a look at their security cameras.

The city is also looking into an oil-based paint found in the creek. City officials believe the paint came from further upstream, and not from the cookout.

The city says the spill wasn't bad enough that the creek needed to be treated, and that it would flush through naturally.

3 Deaths Under Investigation in Winston-Salem, 2 are Homicides: Police

Best Places To View The Fall Colors Along The Blue Ridge Mountains Down To The Milepost!