Deputies say a tip about human trafficking led to the arrest of Salvador Espinoza Escobar. 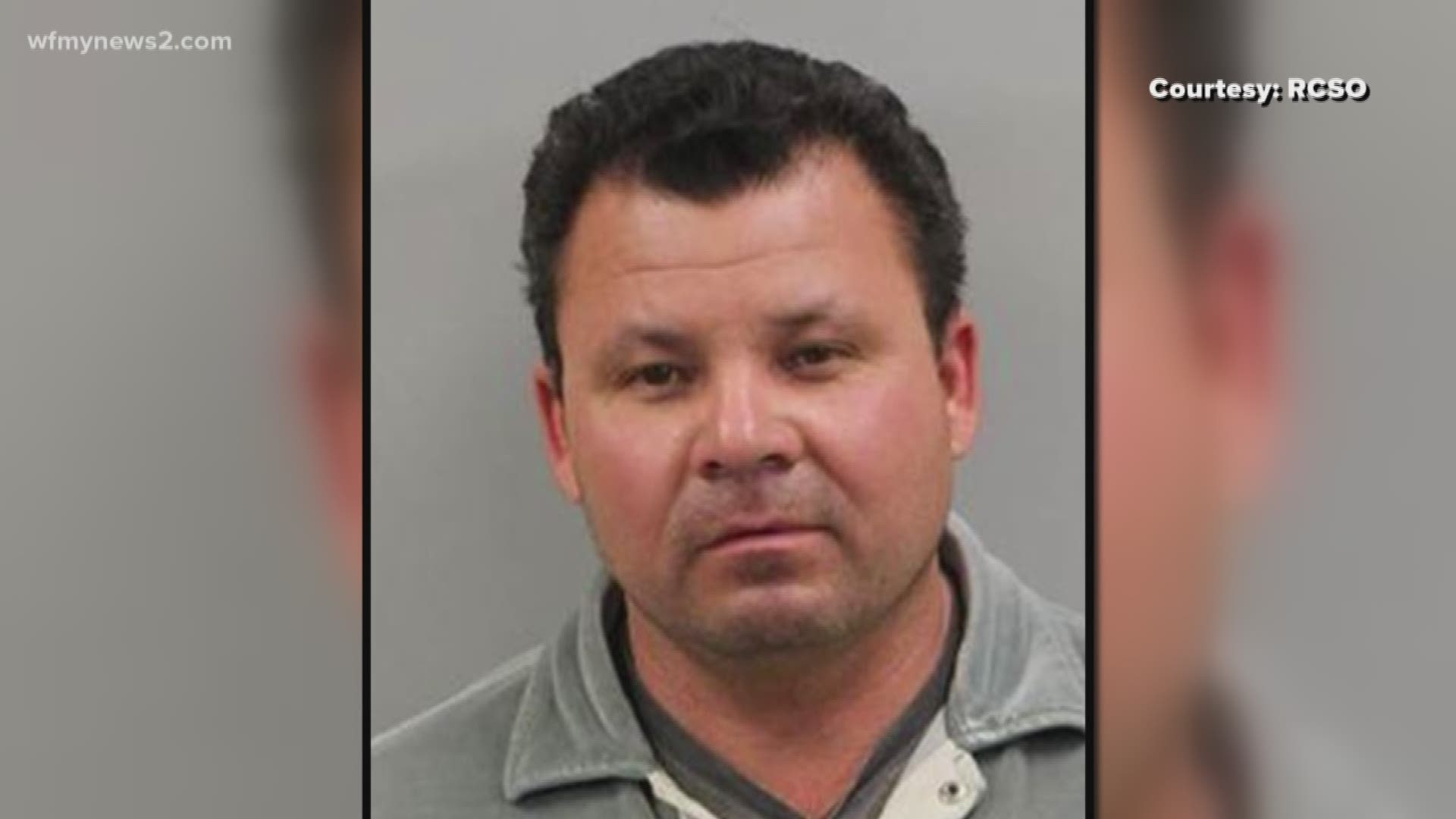 Detectives say around 10 a.m. Wednesday, they got a tip about a man suspected of human trafficking. The tip came through the National Human Trafficking Tip Line and identified Salvador Espinoza Escobar as the suspect.

Investigators say Escobar held a woman in sexual servitude since January 2015. They say he withheld basic needs from her in exchange for forced sex acts. Escobar was arrested without incident the same day the tip was investigated.

Rachel Parker is with World Relief Triad. She says the tip must have been pretty detailed given how quickly law enforcement arrested Escobar.

"It depends on the information that's provided," said Parker. "But I do want to make sure people are aware they can report anonymously, but it is very helpful when people are willing to be contacted for additional information."

Detectives did not say if the victim was held at Escobar's home on Old Lexington Road for those five years or a different location.

The sheriff's office says there have been former allegations against Escobar, and those allegations are now part of this investigation.

Escobar was charged with one count of felony human trafficking an adult victim. He's in jail under a $100,000 secured bond. Many of you have commented on our Facebook page, asking why it was so low. We've reached out to the magistrate's office and the district attorney for an explanation. We're still waiting for an answer.

World Relief Triad and DSS are helping the victim with services.

If you have a tip about human trafficking, call the National Human Trafficking Hotline at (888) 373-7888.

RELATED: Spotting the signs of human trafficking: It's not always as obvious as you think