The human trafficking rates in North Carolina are alarming, but a local expert says the rise in numbers could be due to awareness rather than more criminal activity. 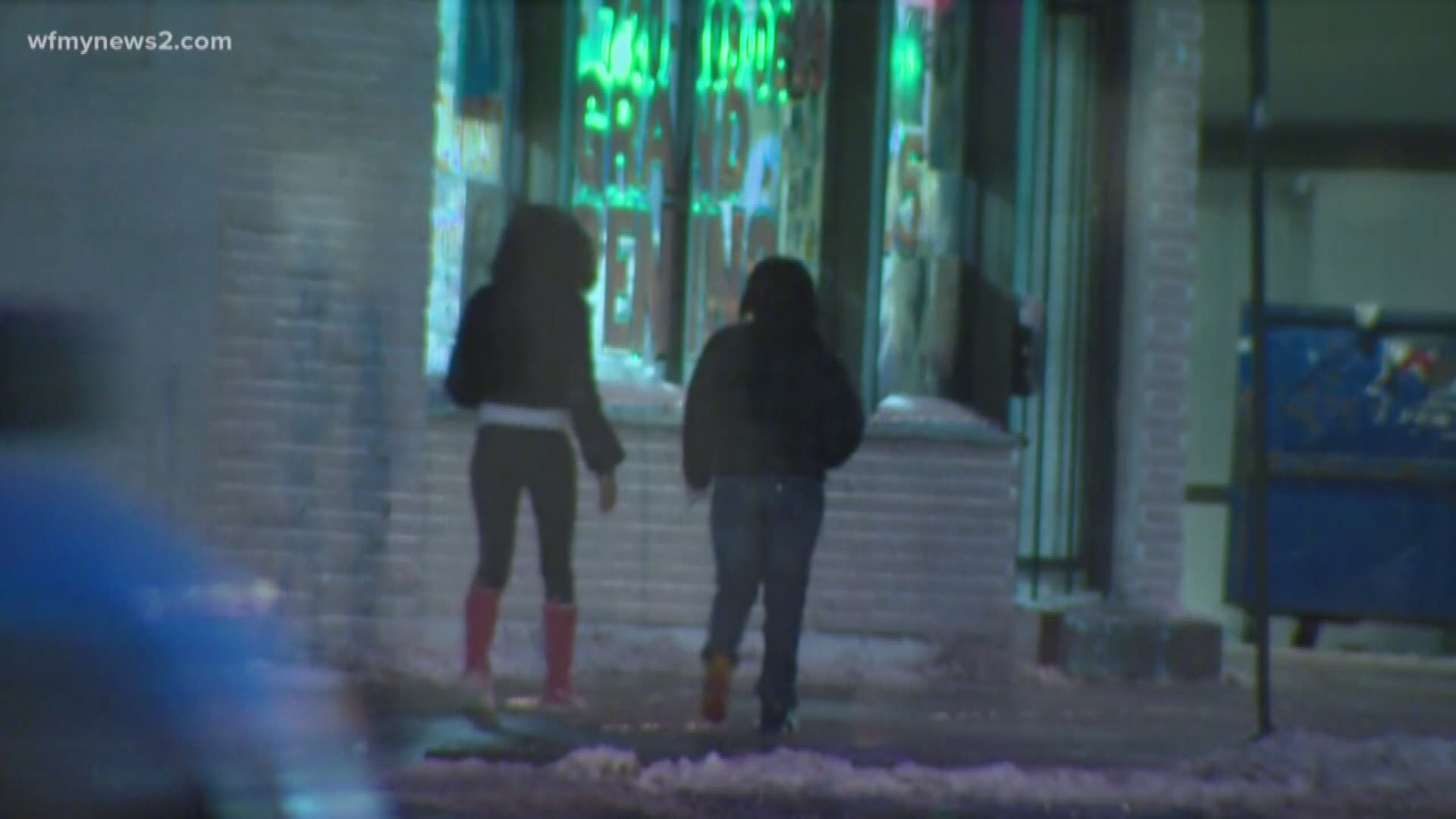 NORTH CAROLINA, USA — Bria Miller works for Crossroads in Burlington, a sexual assault response resource center. As a part of her job, she's an advocate for victims of human trafficking.

"I want people to know that human trafficking happens everywhere. Unfortunately, it happens here in our community and everyone is vulnerable," Miller stated.

The North Carolina Department of Public Safety says human trafficking is the second-largest criminal enterprise in the world with about 20,000 women and children sold each year just in the U.S.

North Carolina has been ranked as one of the top 10 states for reports of human trafficking cases, landing at number six. Gov. Roy Cooper proclaimed January 2020 as Human Trafficking Awareness month in N.C. to bring attention to the issue.

Why is human trafficking prevalent in the Triad?

"It has a lot to do with the fact that we have military bases here, we also have huge interstates like 40, and 85 so we have lots of traffic that goes through here," Miller explained.

But the rating doesn't necessarily indicate a rise in trafficking activity. It could be because more people are sticking to the motto 'see something, say something,' and also self-reporting.

"Some of our partners like Project No Rest have done a really good job for campaigns for human trafficking, so people know to call in and call 911," Miller said. "And we're seeing a big increase of victims actually calling in for themselves so I think that has a lot to do with the increase in victim identification here in North Carolina."

Miller said she helps up to 200 human trafficking victims in Alamance County per year.

"Each quarter we’re serving anywhere between 35 and 50 victims of human trafficking."

Traffickers and their victims are all over the state.

"In Alamance County, and this is true for most of North Carolina, a lot of human trafficking happens with folks who are in some sort of romantic relationship."

Human trafficking comes in many shapes and forms.

"A lot of times traffickers will seem like they want to be a boyfriend, girlfriend or really good friend and then they lure a person in," Miller stated.

"We also see this happen with people who are domestic helpers so they’re like nannies, cleaners, they help families but then they’re met with threats and not able to leave those situations so the family is essentially getting free labor."

Miller says she mostly works with adult victims but says a lot of them were also trafficked as children.

"Unfortunately there are children who are victims of human trafficking and sometimes their family members exploit them," she explained. "We particularly see this in situations where a parent has some type of drug dependency and they’ll use that child as a source of income."

"If you see a victim of human trafficking it is not safe for you to go and save that person yourself," Miller explained. "Unsafe for yourself, and the victim so call us, call 911, or the National Human Trafficking Hotline."