John Neville died while in custody of the Forsyth County Jail in December and now five former detention officers and a nurse are charged in his death. 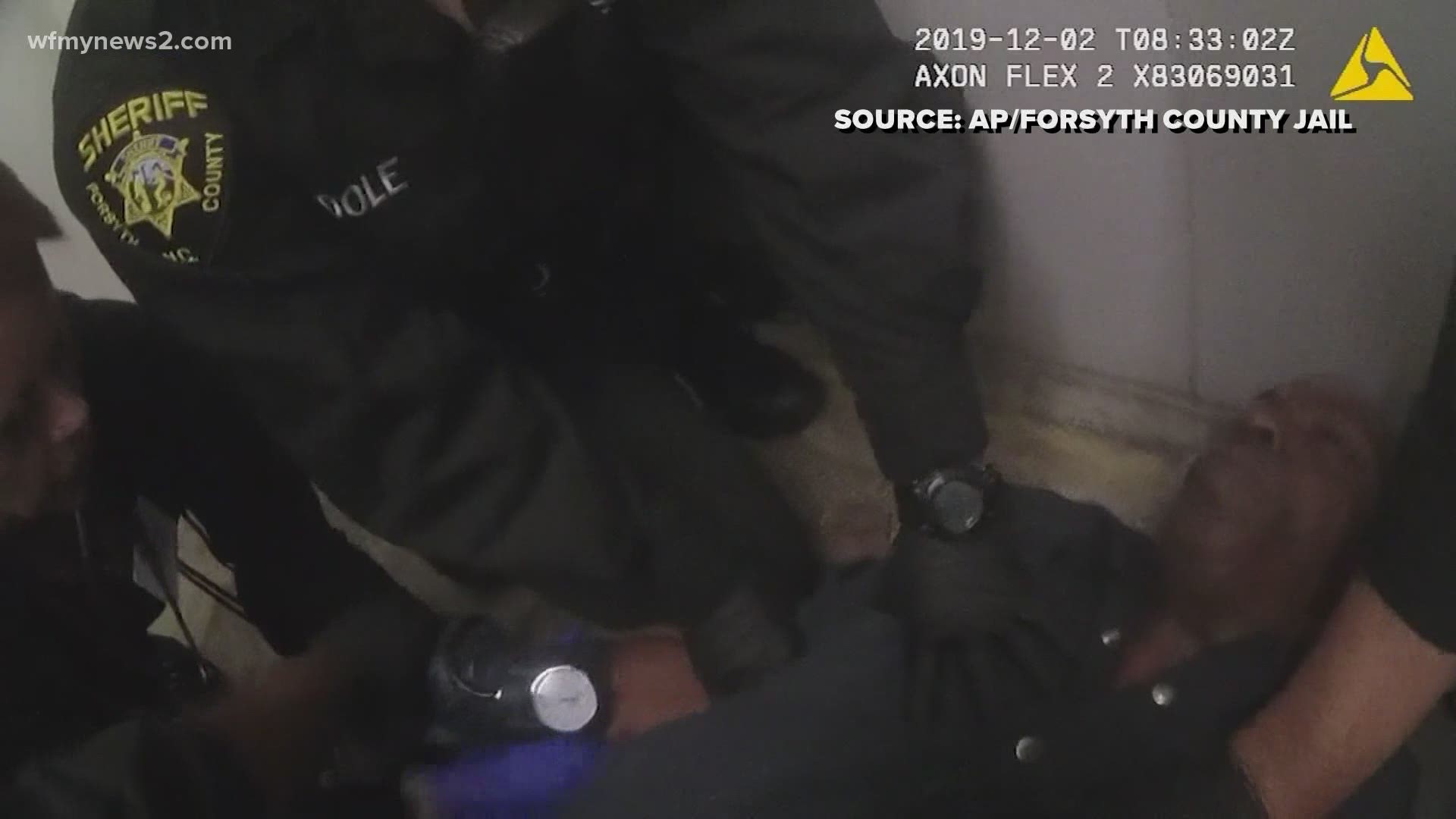 For the first time, the video showing what happened before an inmate at the Forsyth County jail died, is being made public.

John Neville died while in the custody of the Forsyth County Jail in December. A judge ruled Friday the video capturing the moments leading to his death to be released.

In total, more than 40 minutes of body camera footage was recorded. WFMY News 2 obtained four minutes of that video.

It starts in John Neville's jail cell. The video shows several officers around him on the floor after he fell off the top bunk.

The detention officers can be heard talking to him calmly after he appeared to have a medical emergency.

"You're alright. You're OK. You had a seizure," said one of the officers.

Over the next couple of seconds, the officers and Neville are still calm and he can be heard breathing.

RELATED: 'This video is tragic. I won’t sugar coat that' | Limited video in John Neville's death investigation to be released Wednesday morning

Over the next 15 seconds, a nurse tries to take his blood pressure. They asked him to stay still, but he gets agitated.

"Stay right there," an officer said.

"Let me out!" Neville said.

"No. They're trying to protect you from yourself. You're having a medical emergency," another officer said.

The video shows one of the detention officers with a knee on Neville's arm keeping him restrained.

The officers keep trying to calm him down.

As the video continues and Neville comes back into the frame, something is on his head.

The autopsy report said officers put a mesh spit mask on him after he tried to bite them.

At this point, Neville can be heard breathing very heavily.

The autopsy report said officers helped Neville to his feet and put him in a restraint chair, which is shown in the body-camera video.

The officers then take Neville to an observation cell.

The officers put him face down on a mattress to remove his handcuffs, as they hold his shoulders, arms, and legs.

"You need to relax so I can get the cuffs off," an officer said.

Over the next 67 seconds of bodycam footage, Neville said, "I can't breathe," ten more times while also yelling for help.

Next, officers bring in bolt cutters.

The autopsy report said those were used after the handcuff key broke inside the lock.

Eventually, the report said the handcuffs were cut off.

At the end of the video, officers back out of the cell, leaving Neville on the ground.

The autopsy report said the nurse couldn't see him breathing.

He was taken to Wake Forest Baptist Medical Center where he died two days later.

The autopsy said Neville died from a brain injury after he was restrained.

Five detention officers and a nurse are charged with involuntary manslaughter in his death.