Winston-Salem Police have identified a man wanted in connection with the death of a Winston-Salem State University football player. 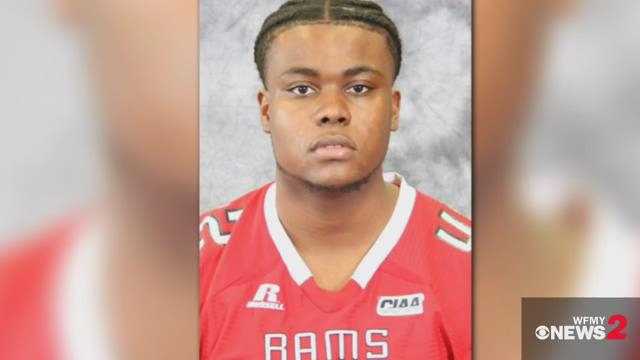 WINSTON-SALEM, N.C. – Winston-Salem Police have identified a man wanted in connection with the death of a Winston-Salem State University football player.

Baker was shot at a party at “The Barn” which is an event space located on the campus of Wake Forest University.

Investigators said Baker died from his injuries at a nearby hospital.

Police obtained warrants for arrest charging Austin with Murder and Possession of a Firearm on Educational Property.

On Tuesday, police issued information wanting to question three men as part of the investigation.

Police said one of the men was a victim of an assault in which a firearm was pointed at him near where Baker was shot at the party.

On Wednesday dozens of WSSU students gathered for a vigil to honor Baker at the Clock Tower.

Baker sat out the 2017 season after transferring from Dean College in Franklin, Massachusetts. The school's athletic website said Baker was a 6-foot, 1-inch 240-pound linebacker from Brooklyn, New York.