Tristen Gadberry was 22-years-old, and had a 5-year-old child. He was shot and killed on Bruce Street Friday evening. 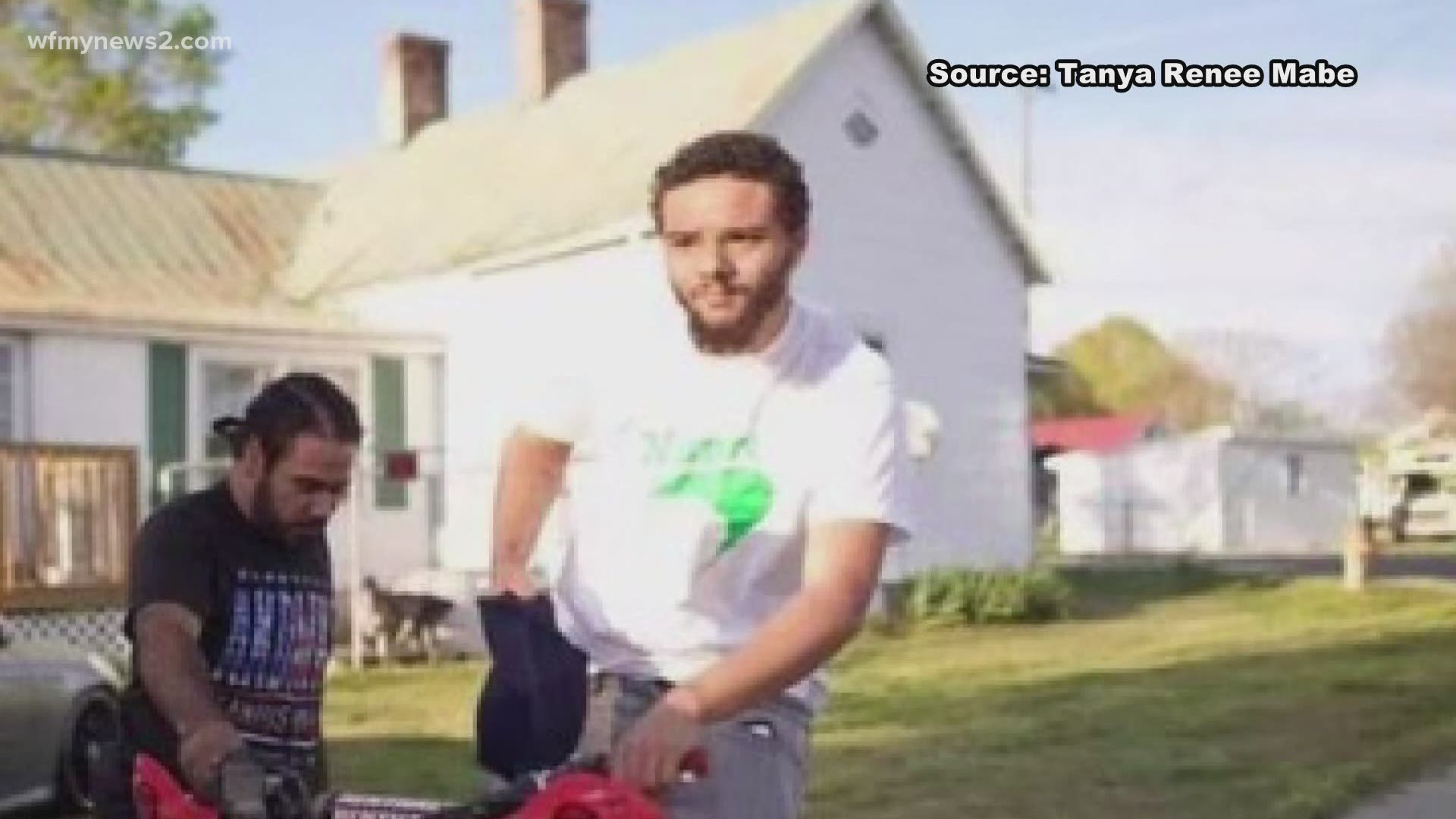 GREENSBORO, N.C. — Police arrested a suspect in a fatal shooting in Winston-Salem Friday.

“They left my son shot in the head on the sidewalk. He was 22-years-old with a 5-year-old child,” Renee Mabe said.

While at work, she got the news her son was killed.

Saturday, she pulled her spirit and family together to visit the place where he was shot on Bruce Street in Winston-Salem. He later died at a hospital.

“His heart stopped beating at 9:55 p.m. last night, and all I want is justice for my son,” Renee Mabe said. “My son didn’t deserve this.”

Winston-Salem police are investigating what led to the shooting.

Renee Mabe, with tissue in hand, said this is a situation that’s been escalating for some time.

Although she’ll never hear her son's voice again, and there will always be a void, Tristan’s friends and family celebrated him by burning out their tires in his memory.

His mother said racing Honda’s, riding dirt bikes and working on cars was his passions.

“As a mother, protect your children and hold them close because you never know when they’re going to be gone,” Renee Mabe said.

Less than two miles away from the Bruce Street shooting that left Tristen dead, gun fire rang out on Devonshire Street, just five hours between the two shootings.

Around 10 p.m. Friday officers responded to the neighborhood while already on patrol nearby.

They found four people shot, one died at the scene.

The others are currently in the hospital including a 17-year-old victim.

Police found two firearms and what looked to be bullet holes were visible outside a home in the area.

Neighbors didn’t want to speak on camera but said this is the first time something like this  has happened in their neighborhood.

Police have not determined if the two shootings are connected.