Police said the shooting happened near the 1500 block of Bruce Street just after 5 p.m. Friday. 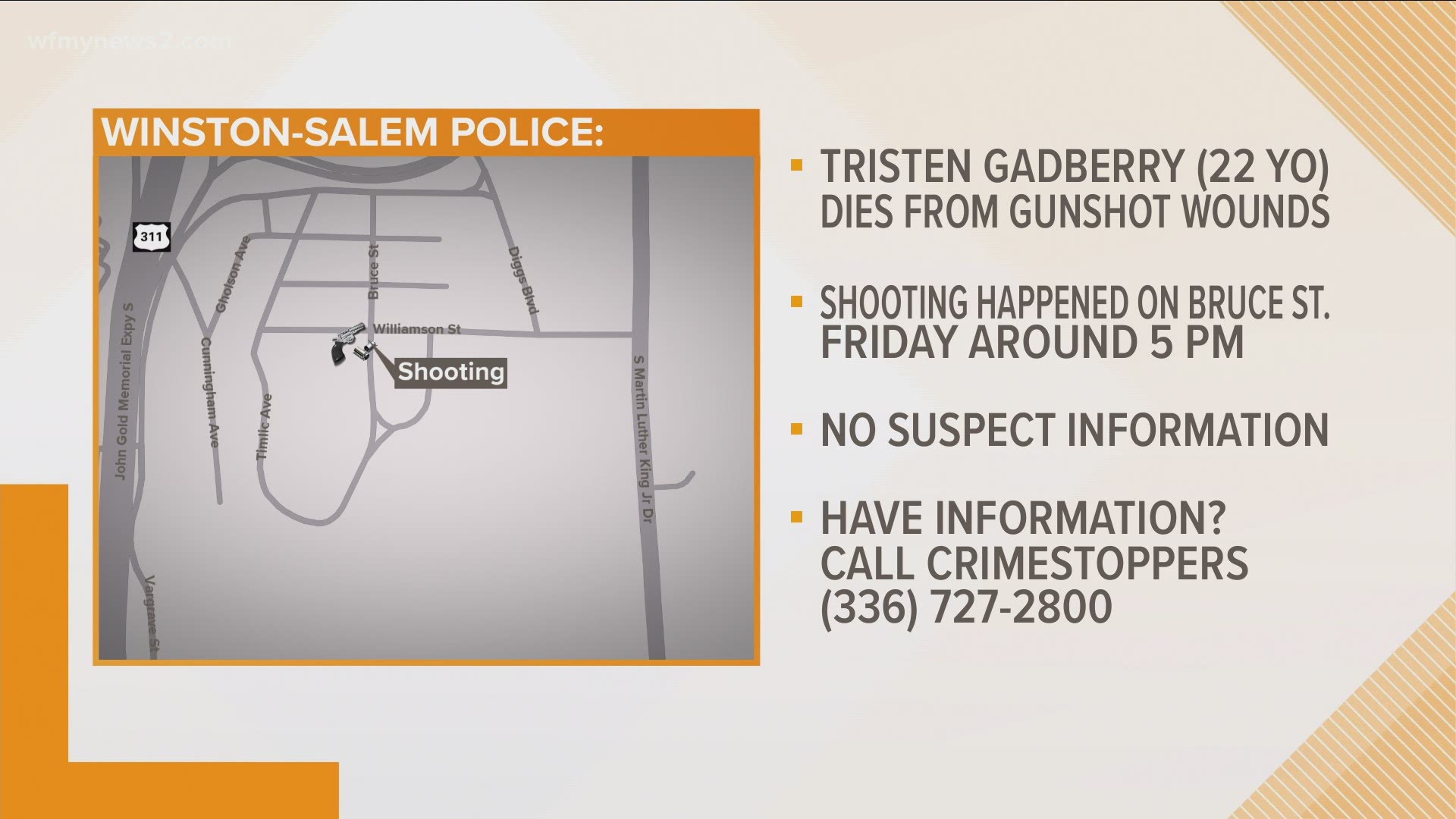 WINSTON-SALEM, N.C. — Winston-Salem Police are investigating what lead up to a shooting that killed a 22-year-old man Friday evening.

Police said it happened near the 1500 block of Bruce Street just after 5 p.m. Friday.

Investigators with WSPD's Criminal Investigations Division are leading the investigating, which police said is still ongoing at this time.

Later on in the day, police arrested 20-year-old suspect Justin Lee Bankins and his girlfriend, Krystal Washington-Richmond. Washington-Richmond had warrants for her arrest on an unrelated matter. Both are in custody at the Forsyth County Law Enforcement Detention Center.

The police department has not released any information on a possible suspect.

Police: one dead, 3 injured after shooting in Winston-Salem Friday night

This is the 16th homicide as compared to 12 homicides for the same period of time in 2020, according to police.

If you have any information about this case, call the Winston-Salem Police Department at 336-773-7700.

You can also text tips, photos, and videos anonymously to the police department using the Text-A-Tip Program at 336-276-1717.