80,000 laptops ordered for Guilford County students, but devices won't arrive for another 4 months

The district started distributing more than 30,000 laptops currently in stock, but that covers only half of the students who need them. 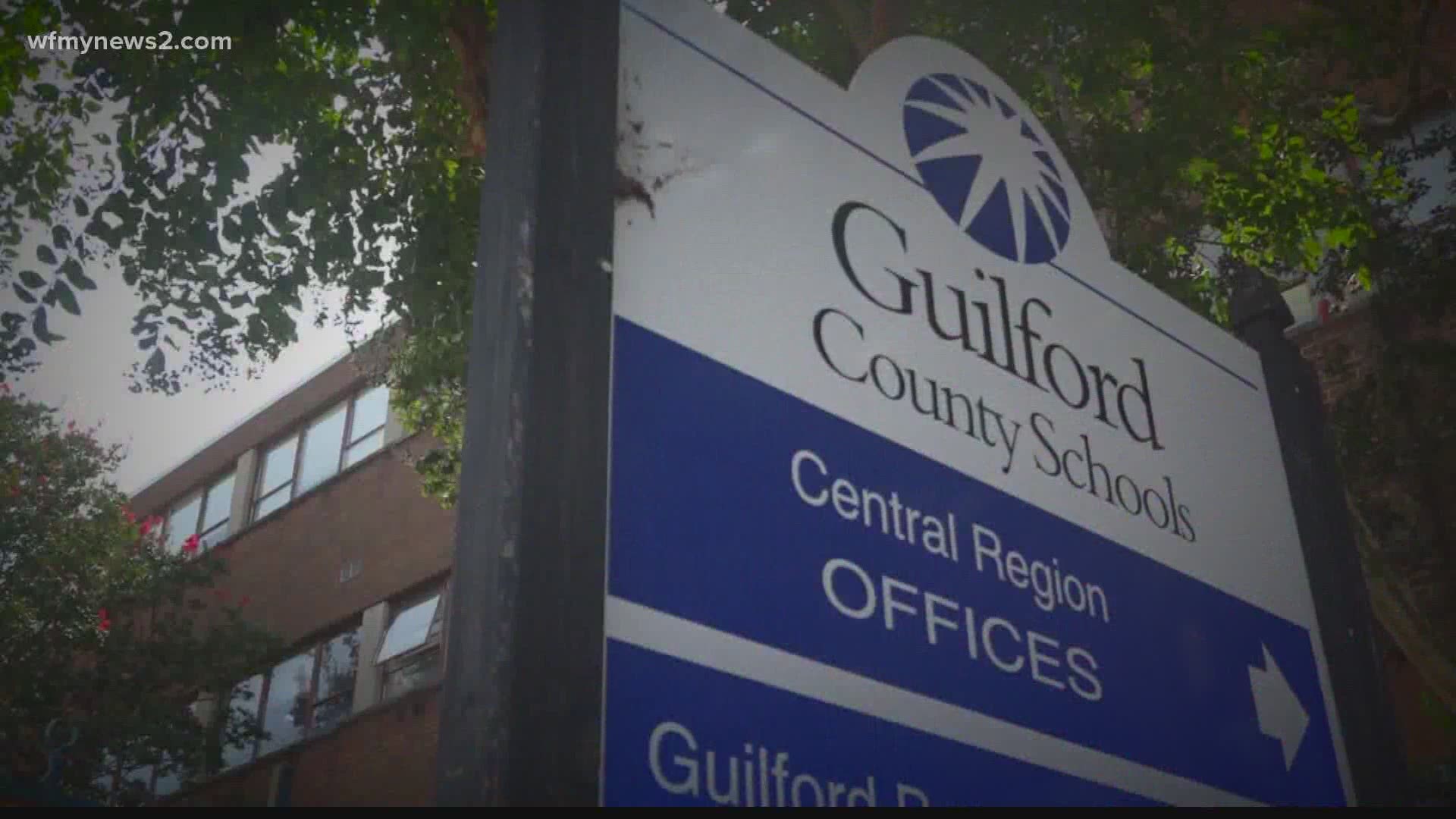 GREENSBORO, N.C. — Guilford County Schools is working to get students laptops but there’s a major delay.

The school district has ordered nearly 80,000 devices but it could take four months to get the laptops. The district started distributing more than 30,000 devices that are currently in stock but that’s only half the number of students who need devices. That’s also only one device per household. However, parents can still put in requests for additional devices, which will be provided if available. The school district said it ordered exactly 78,873 devices for teachers, teaching assistants, and students on July 31.

Byron Gladden with the Guilford County Schools Board said funding and operational limitations to production are resulting in factors contributing to the delay. WFMY News 2 asked Gladden how it’s going to work for families with more than one child enrolled in the school district.

"Well, it isn't and I'm not going to sugarcoat it. It’s going to be extremely challenging for families that don't have Internet access and don't have devices and iPads or laptops to complete assignments,” Gladden said. 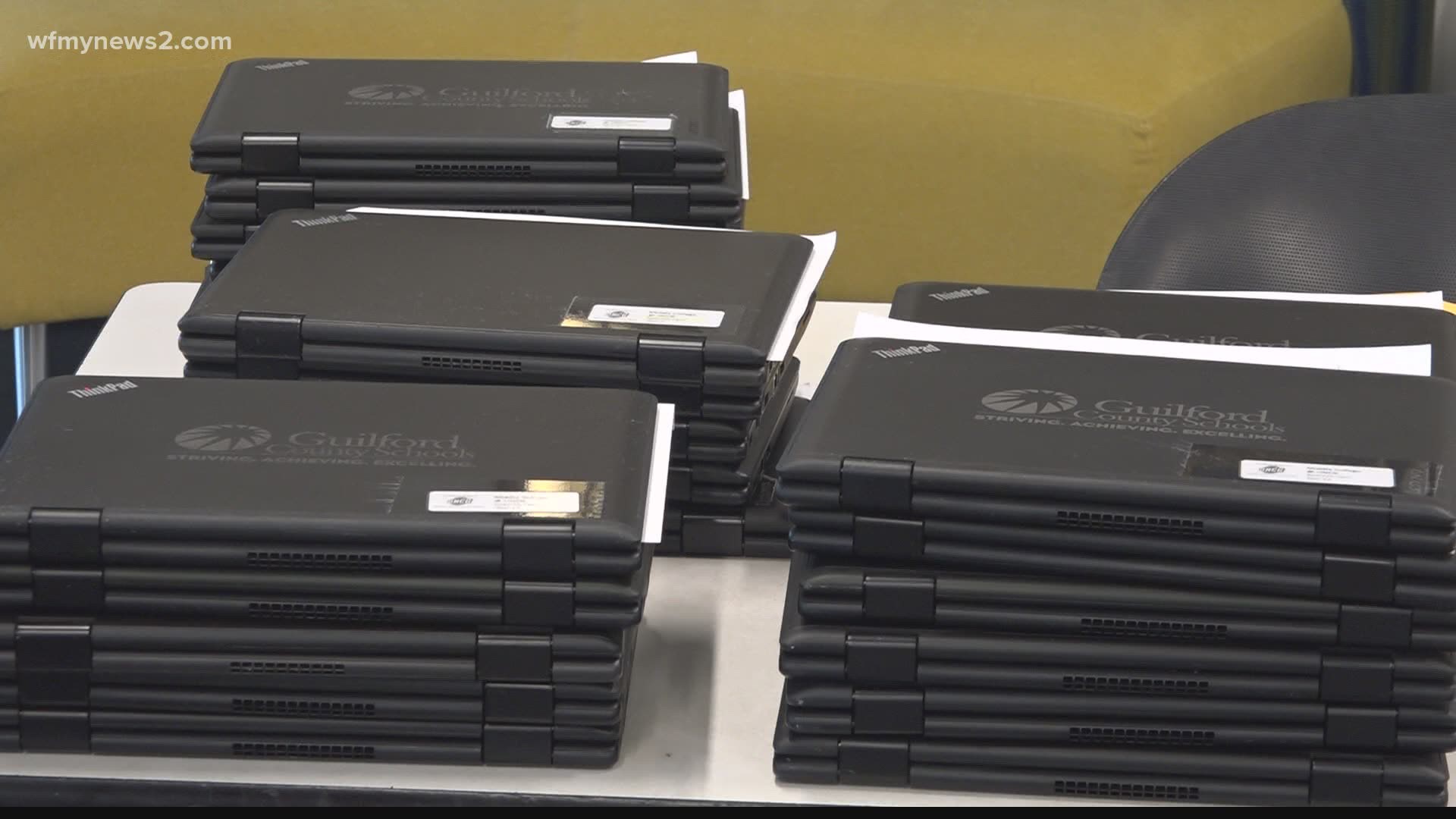 "When you have children who are going to start school without devices. without Wi-Fi, which is going to create further inequities and increase the achievement gap even further. We don’t have all the resources, we didn’t have them before COVID but now it’s really evident just how bad and school districts are without funding and the lack of priorities at the local, state, and federal level towards public education," he added.

Parents too are concerned about the time frame for the arrival of school district laptops for learning.

"There's only like one login allowed per computer so I’m not sure how we’re supposed to do multiple children on one computer when only one kid can log into the program that they use," said Jamie Wilson of Greensboro.

Many like Wilson, who have requested devices for their children said they couldn't afford to provide one themselves.

"I’m gonna try to look at a shop pawn shops or other places where I can find a used device because I’m a single parent, I don’t have enough income to go out and purchase new stuff like laptops," Wilson said.

"The programs that we have to use don’t really work on cell phones so using those are not an option so it’ll be kind of a workaround to see what I can find and hope for the best," she added.

Wilson has two children in GCS including a kindergartner.

"I pray everything works out and we can get devices within the next week or so and if not maybe they wouldn't give such a heavy work workload for kindergartners," she said.

There are also concerns about the expiration of a waiver from the Food and Drug Administration, which allowed an expanded feeding and nutrition program during the pandemic. That waiver runs out on August 31.

"Your advocacy will help to make sure the children that don’t have a full pantry, who don’t have a full refrigerator, still have access to breakfast and lunch during the pandemic while they are doing remote learning. Children cannot learn on an empty stomach and while we are addressing the inequities we should be able to at least provide a meal," Gladden added.