The House and Senate reached a compromise on Monday about doing away with more testing in public schools. 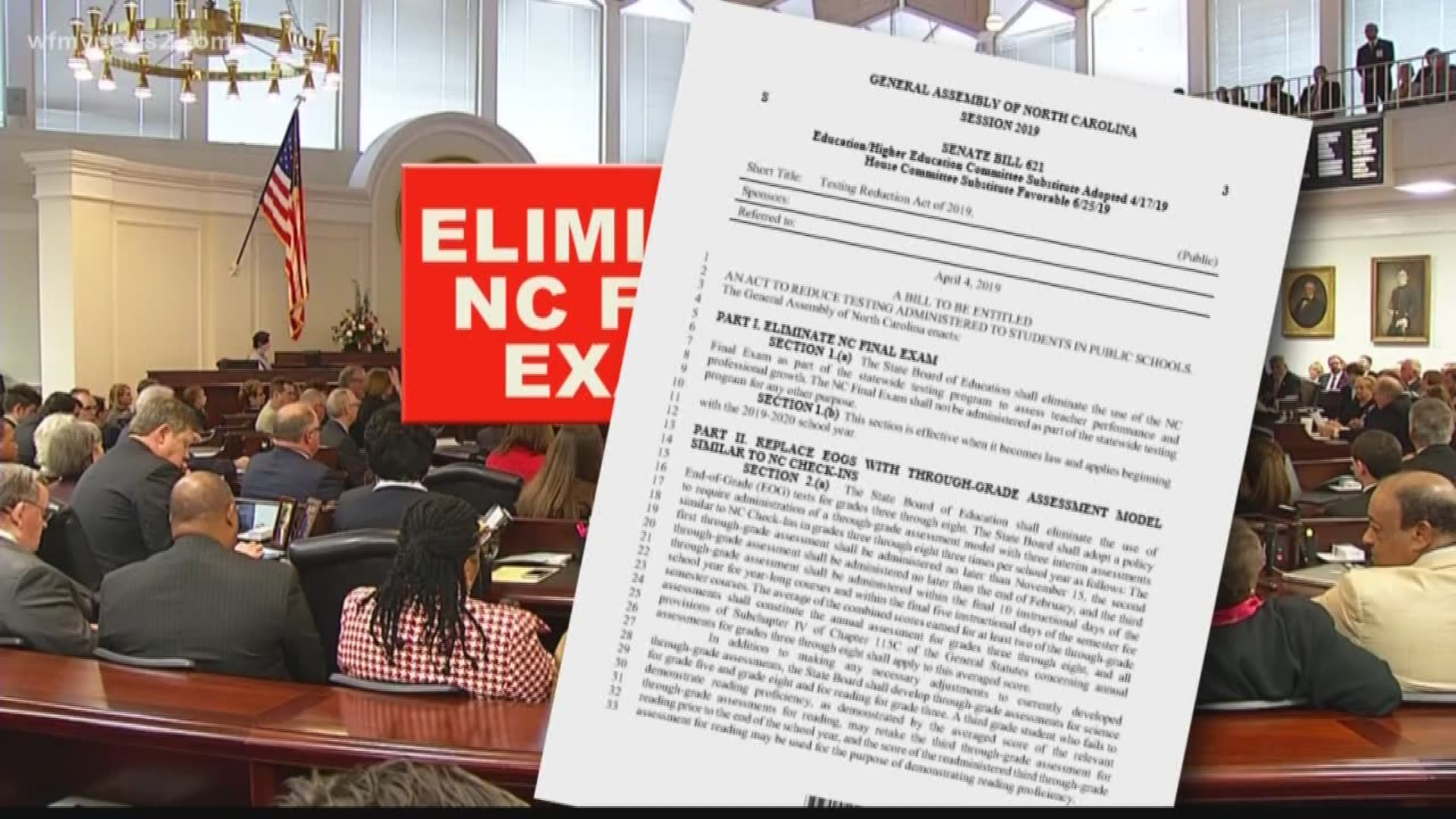 RALEIGH, N.C. — North Carolina legislators have reached a compromise on doing away with more standardized testing in public schools.

The measure passed in both the House and Senate Monday night, and will now head to Governor Roy Cooper's desk.

The bill directs school districts to review local testing requirements periodically and reduce them if they exceed the statewide average. And local boards can't require students to complete graduation projects unless they agree to reimburse disadvantaged students up to $75 of project expenses.