This Blue Cross Blue Shield mailer is real. How to get money from the settlement

Mailers are going out to customers who had BCBS health insurance anytime between 2008-2020. 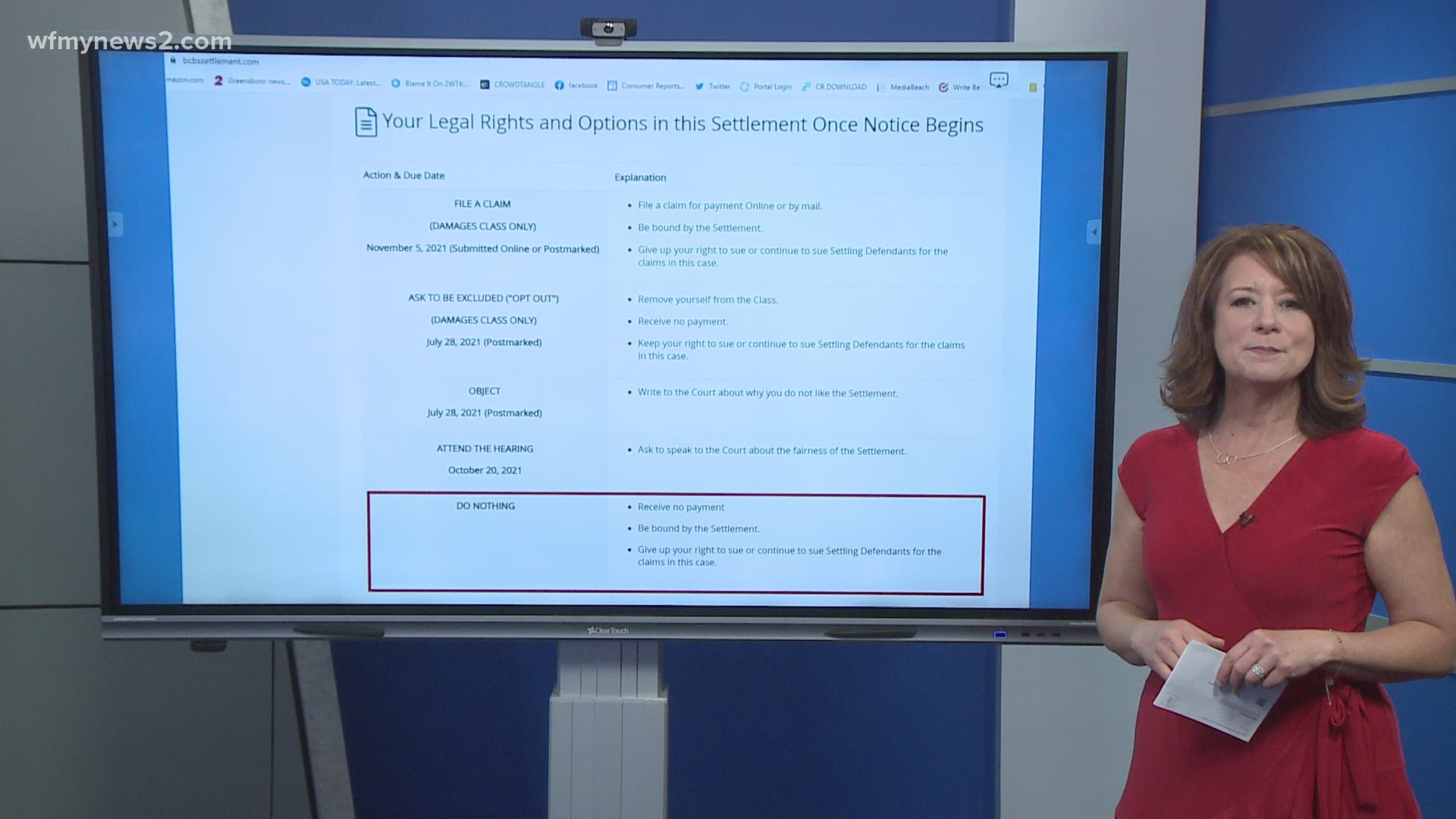 GREENSBORO, N.C. — Did you get a postcard in the mail telling you that you’re able to be involved in a $2.6 billion settlement? If you have or had any kind of Blue Cross and Blue Shield health insurance in the last 12 years, chances are the postcard is somewhere in your mail pile and it’s legit.

In October 2020, Blue Cross Blue Shield reached a $2.67 billion settlement in a class-action antitrust lawsuit. A judge has not given final approval to the settlement.

In the class-action suit, plaintiffs alleged Blue Cross “violated antitrust laws by entering into an agreement not to compete with each other and to limit competition among themselves in selling health insurance and administrative services for health insurance.” The plaintiffs argued Blue Cross was able to charge higher rates for plans through the practice of limiting competition.

If given final approval, the settlement will create a $2.67 billion settlement fund and would become one of the largest health care settlements in U.S. history.

You can look at the BCBS legal rights and options notice.

IGNORE IT: If you do nothing and ignore the postcard: You won't get any money and you give up your right to sue the company for this at another time.

OPT-OUT: You get no money but can still sue them.

OBJECT/ATTEND: You can object to the settlement to the courts or even attend the hearing.

MAKE A CLAIM: If you want a shot at the money with minimal effort, you file a claim. How much are we talking about? Probably enough to buy lunch for you and a friend, but if it’s less than $5 they don’t even pay the claim.

HOW TO FILE A CLAIM

It starts online at BCBS Settlement by you putting in your Unique ID found on the mailer into the website. If you don't have it, there's other information to enter.

Once logged in, you'll need your health insurance card info to fill out parts of it. You can select how you want your payment; Venmo, check, prepaid card.  You’ll get a confirmation number.