Trucks deliver gas hundreds of times a day. The most popular is regular unleaded. Good thing, because a recent delivery swapped diesel for premium. 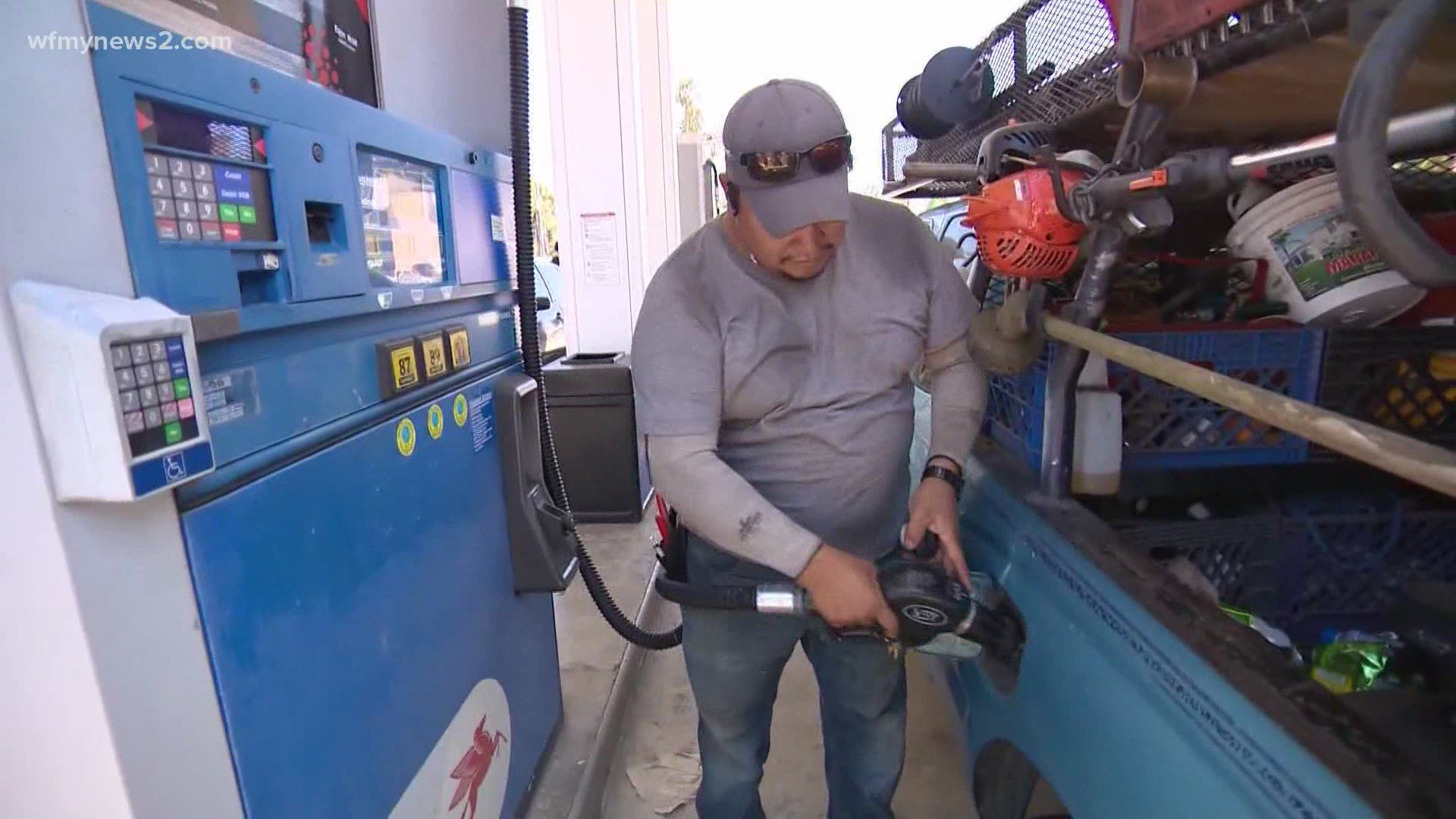 GREENSBORO, N.C. — It’s something most of us do at least once every week or so. We pull in, slide our debit or credit card into the machine, select the type of gas we want, and start pumping. Rarely do we think twice about it after we drive away.

A couple of weeks ago, that’s exactly what Eddie McDonald and Lisa Tosh did before they drove to Graham from Pleasant Garden.

“We usually put Shell gas in it, but we stopped there (Exxon) because we were on empty,” McDonald said.

About 15 miles down the road the car started sputtering. At first, they were confused about what was going on but then quickly thought there may be an issue with the gas they just purchased.

“It was driving great before then,” McDonald said.

The couple made it to Graham and home, but it was clear something was wrong. The next morning when Tosh went to drive the car, it wouldn’t start.

“It would turn over, but it wouldn’t crank,” McDonald said.

The couple had it towed to a mechanic shop and the initial diagnosis was that diesel fuel ended up in the gas tank instead of the premium fuel they always use. Later that afternoon the mechanic confirmed the issue was indeed caused by the wrong fuel in the gas tank.

“He had to pull the tank, clean it out and replace the spark plugs,” McDonald said.

It was around this time McDonald and Tosh reached out to WFMY News 2 for some assistance. We told them to contact the North Carolina Department of Agriculture and Consumer Services and file a report.

A few days later, an inspector was sent to the Exxon on Gate City Blvd. to investigate the issue and see what took place. While he did conduct tests on the fuel in the tanks, the gas station manager acknowledged he discovered there was a mix-up with the fuel. The delivery driver accidentally put diesel in the premium tanks and premium in the diesel tanks.

By the time McDonald met with the inspector from the North Carolina Department of Agriculture the fuel company had already agreed to pay for any damages and repairs.

“They, (fuel company) took responsibility for the actions of their driver,” said  Marcus Helfrich with the Department of Agriculture Motor Fuel Section.

So far, two other drivers have come forward with issues related to the gas and will also be reimbursed for any repairs to their vehicles. Since premium and diesel are not as popular the number of people purchasing the gas is not that many.

"Can you imagine what would have happened if they put the wrong gas in the regular unleaded pump and not the premium one," McDonald said.

If you think you may have put some of the wrong gas in your tank, you are urged to contact the North Carolina Department of Agriculture. You will be required to show a receipt for the gas you purchased as well as any repairs or estimates you may have.