Most of the tarps are gone, but some buildings are still in pieces. The city doing its part to help homeowners by securing more than $2 million in financial aid. 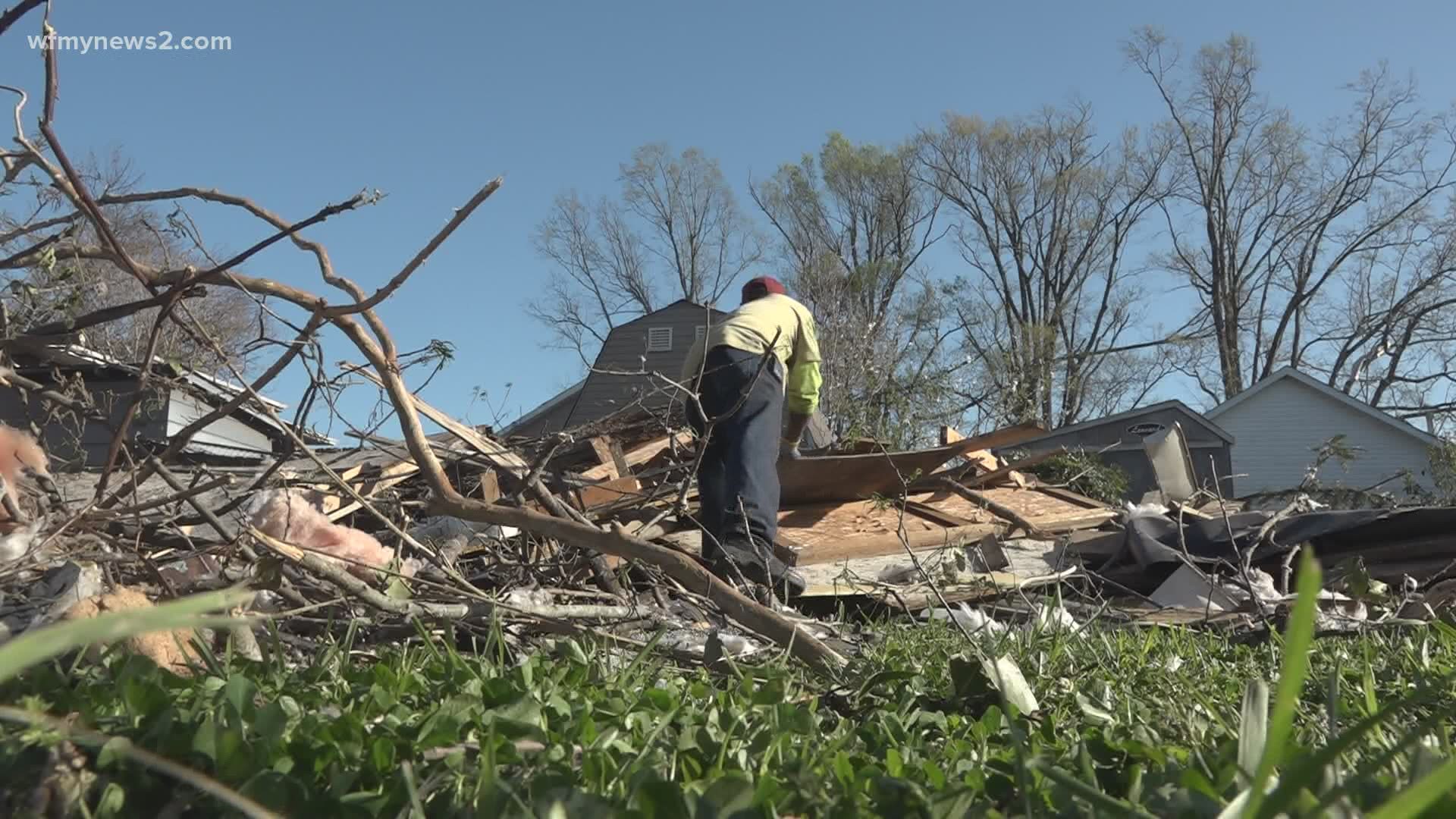 GREENSBORO, N.C. — One day at a time. Those five words have, in many ways, become the mantra for those still dealing with the aftermath of a tornado that ripped through Greensboro three years ago. Many reflecting on a fateful day.

“I got a call from the city manager who said a tornado has hit,” Councilwoman Sharon Hightower said.

The councilwoman remembers driving through town and seeing the destruction. In fact, she couldn’t get to her home until the next day because of all the debris, trees, and power poles stretched across streets.

“It was horrible. I just remember it was pure chaos,” Hightower said.

More than a thousand homes and businesses were damaged or destroyed. The tornado knocked out power to thousands of homes. Schools and churches were ravaged by the giant twister.

“It was an area, first of all, that could not stand to be devastated,” Hightower said.

Many of those impacted were low-income families. Cathy Robinson lives in one of those neighborhoods.

“I wasn’t home when the storm hit. I was in Reidsville when it came through,” Robinson said.

She remembers driving home on dark streets, with trees and pieces of wood all over the road. She had no idea what she would be coming home to that night.

“I said, 'We probably lost everything, we will have to start all over,'” Robinson said.

The drive took what felt like hours. When she arrived, she saw her home, crumpled under a massive tree. The home she had lived in for more than a dozen years was gone.

The damage and destruction stretched for miles. The tornado seemingly picking and choosing which houses to spare and which ones to target. In the days and weeks following the storm, countless homes were covered in tarps to keep out the rain.

“You would see homes on one street destroyed and one street down, everything seemed fine," Hightower said.

RELATED: Kindness is the lasting impact of the 2018 tornado despite its devastation, volunteers and survivors said.

The cleanup would start the very next day as neighbors, friends, and families started the slow process of clearing trees and debris, so contractors could come in and make the necessary repairs.

The city and multiple agencies have repaired 53 homes, relocated 174 families, and provided rental/mortgage assistance to 161 families.

“We helped families any way we needed to help, whatever that was,” Hightower said.

More than $2 million was secured through donations, state, and federal aid. The money helped pay the insurance deductibles for 74 families to repair their homes. The city also assisted in the process to rebuild three homes and is rebuilding two more right now with plans to build more.

“It’s great that (city) is willing to help us,” Robinson said.

There is still more work to do as many homes are still littered with fallen trees or cement torn up while clearing tree trunks. The city is hoping to get most of it done by the beginning of next year.