Sara Boddie had just found a new, better home for her children, but she almost lost it before she was able to move in. 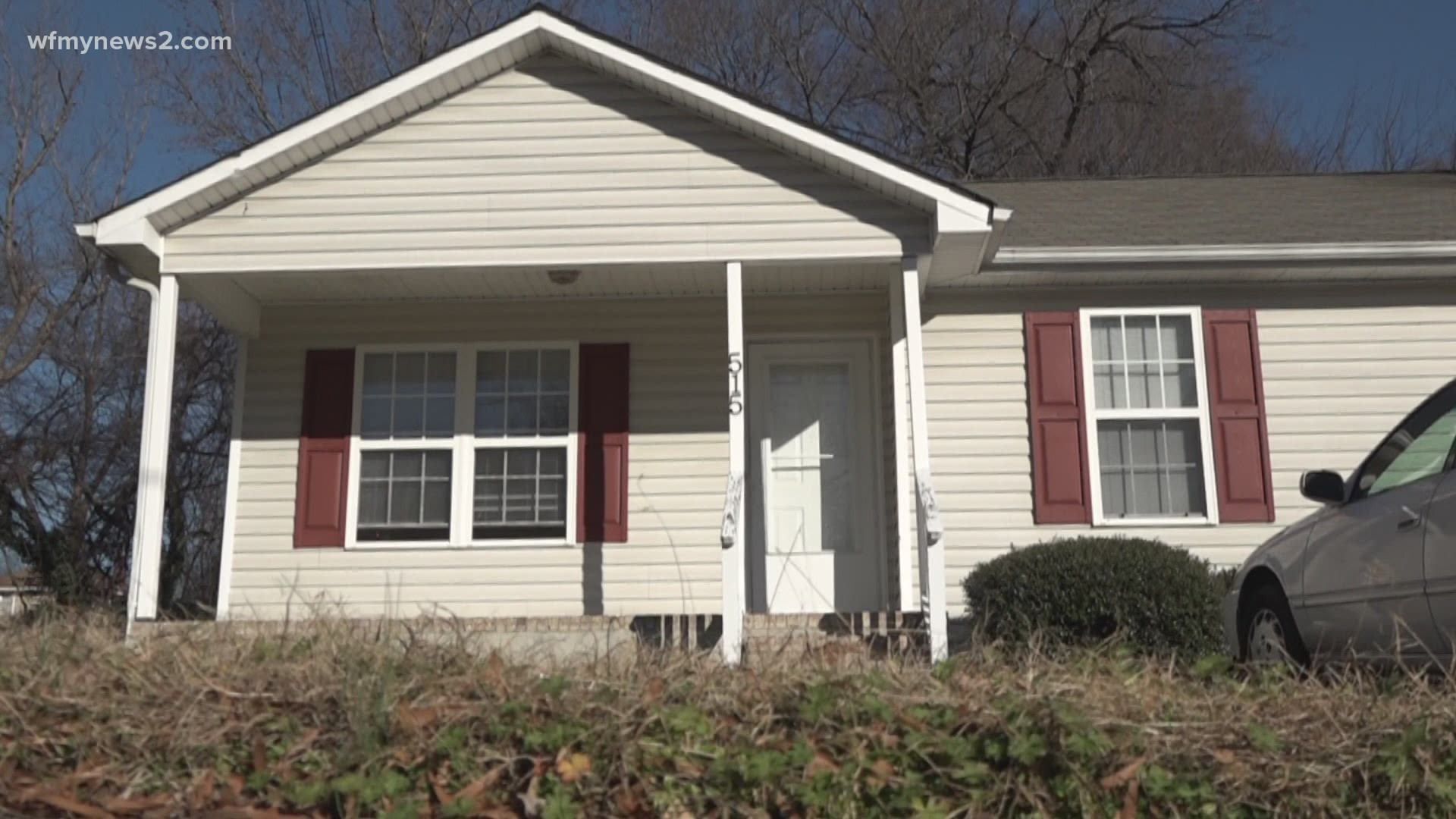 HIGH POINT, N.C. — Sara Boddie could finally see the light at the end of the tunnel. The single mother of two school-age kids had been homeless and unemployed but was just days away from moving into a new home.

The section 8 rental home became available and Boddie was first on the waiting list. She signed the paperwork a few weeks ago and was planning to pay her portion of the deposit and move in a few days later.

“I was so excited, we couldn’t wait to move in,” Boddie said.

At the time Boddie and her kids were living in a tiny roach-infested apartment in High Point. The mother was grateful to have a place, but it was small, and she wanted a better home for her kids.

Boddie had searched for weeks, looking all over Greensboro for a home that would and was available.

“With the executive order in place no homes were available because no one was being evicted,” Boddie said.

Finally, able to find and secure the perfect home, Boddie almost lost it before ever moving in. A couple of weeks ago, Boddie was driving back to her apartment in High Point when she was pulled over by a police officer.

“I begged the officer to not write me up and not take my car, but he wouldn’t listen,” Boddie said.

The car had expired tags and Boddie did not have insurance. The officer gave Boddie a citation and had her car impounded.

“I didn’t know what to do, I was crying and scared,” Boddie said.

While with the officers as she was waiting for a tow truck to come to take her car, Boddie reached out to News 2. She asked if we could talk to the officer and see if he would not have the car impounded. The officer would not speak with us and Boddie had to call a friend to come to pick her up.

“She said we could send someone over to pick you up and drive you to get your car, I said, Major Sellers, I don’t have the money to get my car out of tow and she said, we are going to take care of it for you,” Boddie recalled.

After hearing her story, the police department decided to pay the impound fee while money raised by officers as part of their Angels in Blue campaign covered three months of insurance on the car.

“I am so grateful for what they did,” Boddie said.

A few of the officers involved in assisting Boddie also decided they could do a bit more under the circumstances. The officers again using money raised provided Boddie and her kids two $150 gift cards for the holidays.

“Behind the badge and behind the uniform we are people, that’s one thing we stress at the High Point Police Department,” Lt. Matt Truitt said.

Boddie and her kids were able to move into the home as planned last month.

“That was the biggest most grateful moment of me and my kid’s life,” Boddie said.

Boddie is still unemployed but is now able to focus on finding a job knowing her kids have a nice home and her car insurance is up to date.

“Thank you so much, (News 2) for every part you helped me do,” Boddie said.