Pothole problems: A new trend in tires could cause damage to happen more often

If you have low profile tires (and most new cars & SUV's do) then you need to read this. 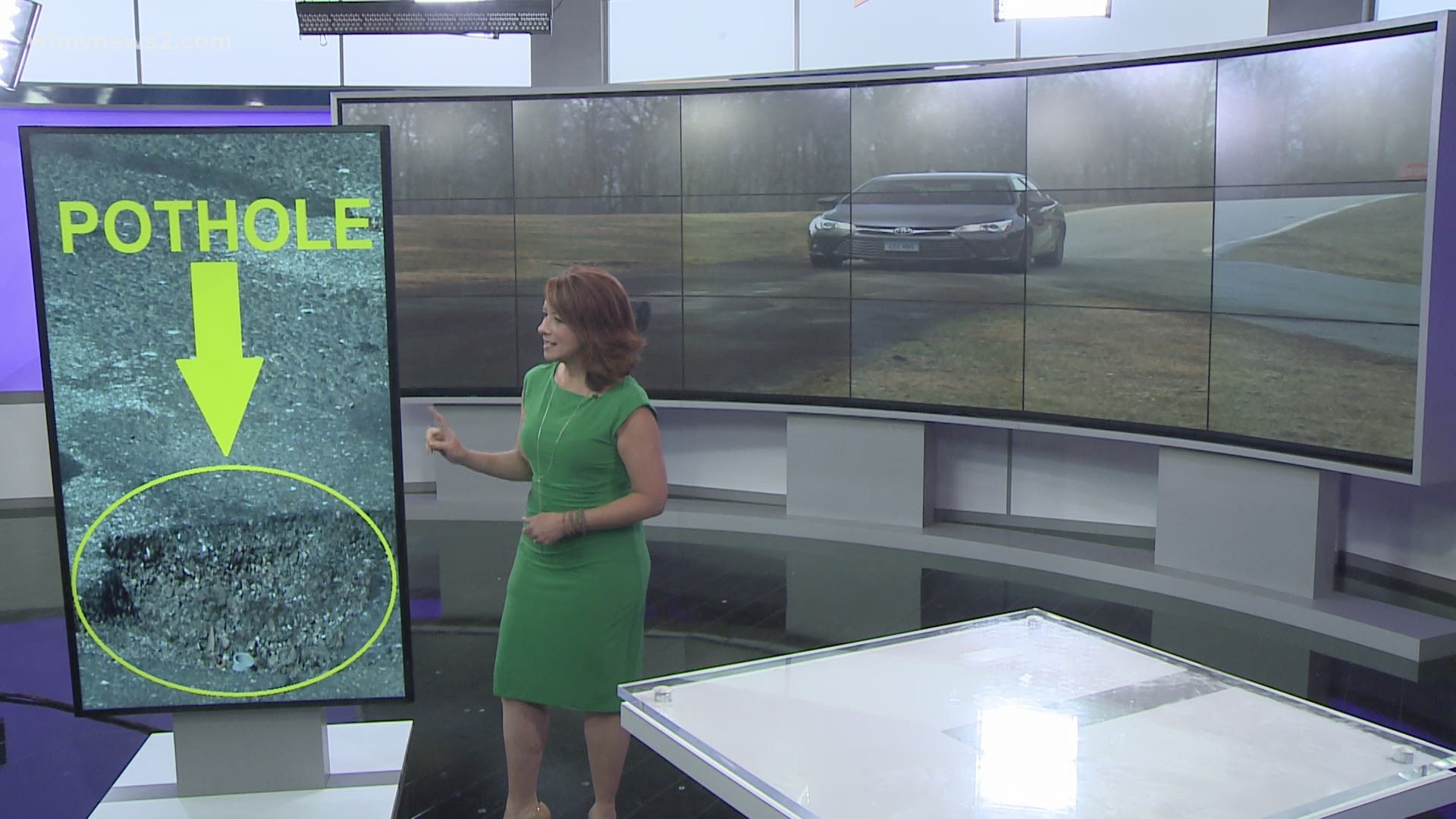 GREENSBORO, N.C. — Potholes! We know them well. Not only are they jarring, but they can also do some serious damage to your car as well as your wallet. Consumer Reports explains why those pothole repairs are costing more than ever before.

Over 30 million drivers experience pothole-related damage to their cars each year—everything from tires and rims to shocks and struts—costing over 3 billion dollars.

Sometimes you can’t avoid a pothole until it’s too late. Consumer Reports’ tire expert says you should slow down as much as possible without catching the driver behind you off guard, hold the wheel firmly, and drive through the pothole. If something feels amiss after that, then you can pull over and inspect the tires for any cuts, blisters, or bubbles.

If you see anything, it’s important to replace the damaged tire right away because driving on it could lead to a potentially dangerous situation like a blowout.

And could a new trend in tires be leading to more pothole damage? While low-profile tires can give you some performance gain in steering fields and cornering grip, they’re more prone to pothole damage.

If the potholes in your life are unavoidable when it’s time to buy a new car or SUV consider a package that comes with taller sidewall tires. CR also says to ask your retailer about a tire road hazard warranty, which some will add free.

WHO PAYS FOR POTHOLE DAMAGES?

NCDOT says the Attorney General’s Office determines whether a claim gets paid. But one consideration is whether NCDOT knows about the pothole and doesn’t fix it within a "reasonable length of time."

If your car is damaged by a pothole, make sure to first determine which entity (city, county, state, etc.) is responsible for maintaining that road. That is where you will need to file your claim. Also, ask that entity when the pothole was first reported. If they haven't fixed it within a "reasonable amount of time" it could be considered negligent and help your case.

The NCDOT says anyone can report a pothole or file a claim about a state-maintained road through their website.

In the city of Winston-Salem, they try to determine if the city’s negligence led to the vehicle being damaged. In North Carolina, it has been established that in order for an entity such as the city to be considered negligent in a pothole claim, they must have had actual or constructive notice of the existence of the pothole. If they didn't, it's unlikely that the claim would meet the criteria for payment.

HOW TO REPORT POTHOLES In Your City

You can also go online to the City of Greensboro’s website.

To report a pothole in Winston-Salem, visit the city's website, then scroll to the bottom of the page and click report online and follow the steps from there.

If you live in High Point call the Customer Service department at 336-833-3111 to report a pothole.