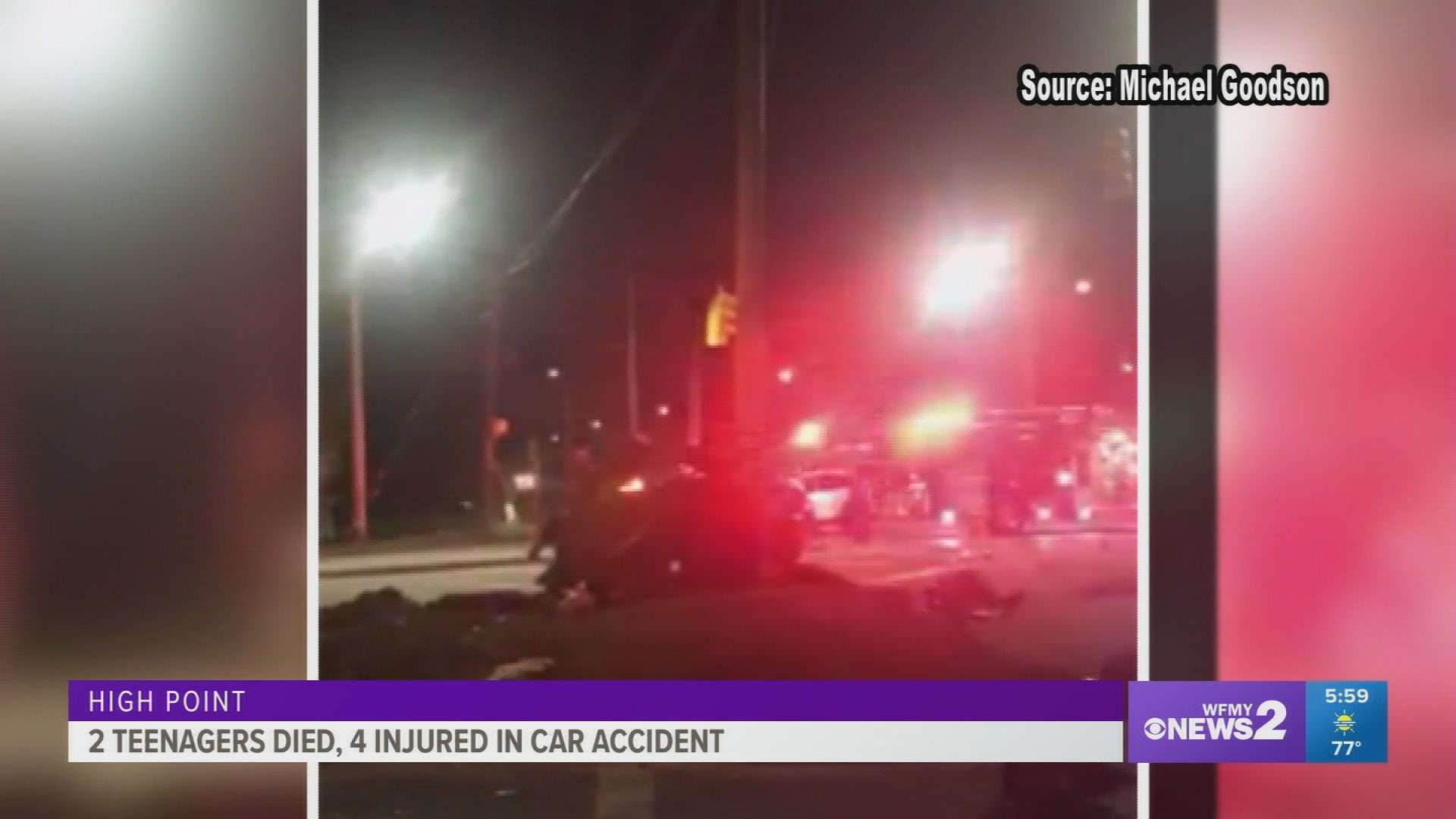 HIGH POINT, N.C. — Two people are dead and four sent to the hospital after a crash in High Point Sunday night, police said.

It happened around 8:10 p.m. police said Malachi Dulin, 21, was driving toward Oakview Road at an estimated 80-100 mph. Starr Yushowna Lowe, 19, Cameron Katheria,18, and Ardshad Tomlin, 20 were also in the car. Joshua Kole Norris, 18, was driving with his passenger, Nehemiah Pratt, 18. They were making a left turn onto Oakview from Johnson Street. That's when Dulin's car crashed into Norris and Pratt, killing both of them and injuring multiple people.

"I heard this tremendous crash and squealing of breaks and I could tell right away that is was a serious accident," nearby resident Michael Goodson said.

Dulin was taken to Moses Cone Hospital for treatment along with Lowe. Both were treated for serious but non-life-threatening injuries. Lowe wasn't wearing a seatbelt. Katheria was wearing a seatbelt and received minor injuries. Tomlin was not. He was seriously injured and is in critical condition.

Anyone with information related to this investigation is asked to contact Crimestoppers of High Point at 336-889-4000.