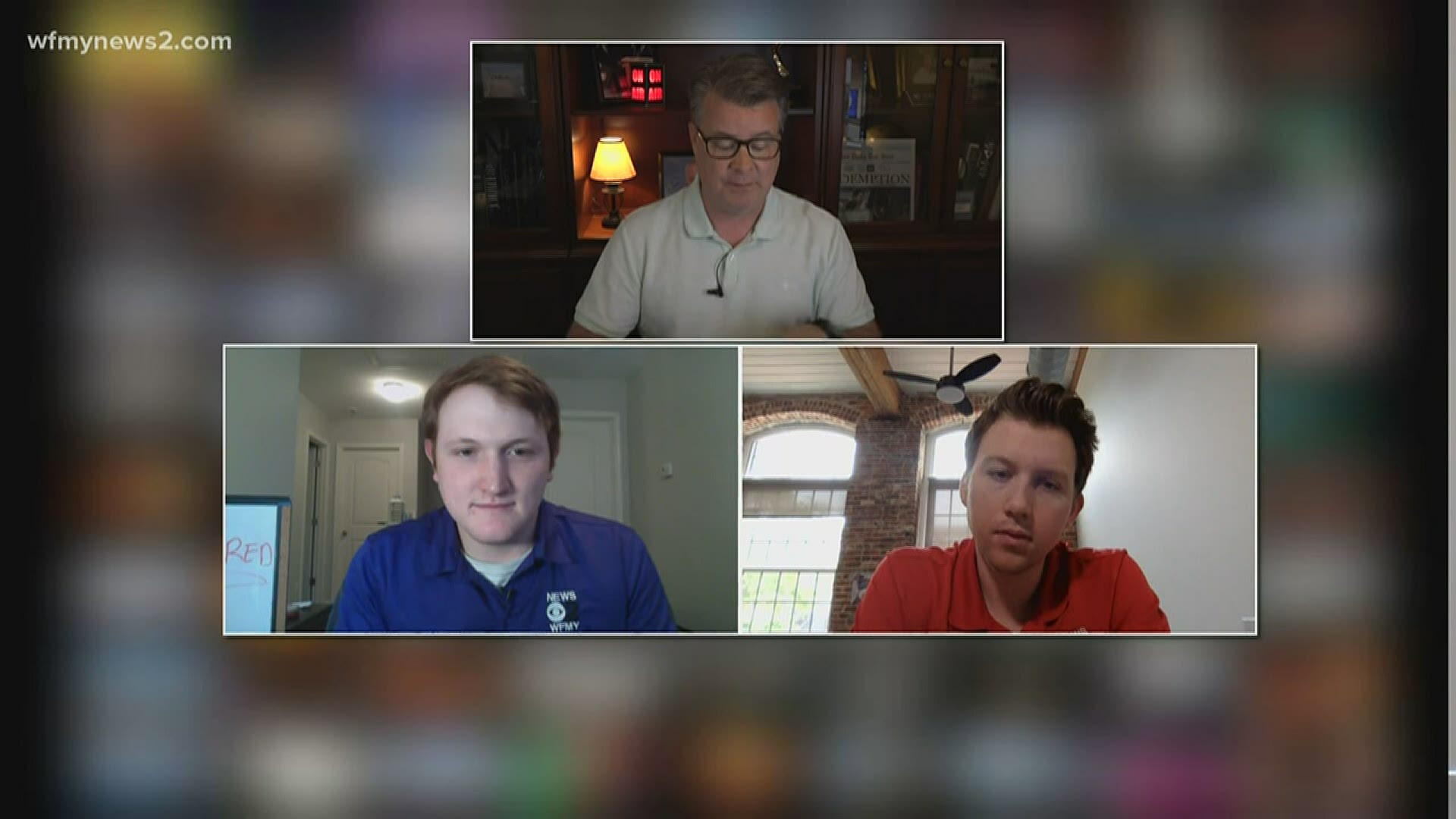 GREENSBORO, N.C. — Three classic Carolina Panthers games are set to air on WFMY News 2 for the next three Saturdays from 8 p.m. to 11 p.m.

The Panthers asked fans to vote for the classic games they wanted to watch. Here are the games that won and when you can watch them on WFMY News 2, the official home of the Carolina Panthers.

Carolina won the NFC Championship and advanced to the second Super Bowl in franchise history with a 49-15 victory over Arizona. The win was the Panthers 13th consecutive at home, including the playoffs. Quarterback Cam Newton threw for two touchdowns and ran for two more to become just the fourth quarterback in NFL history to produce multiple rushing and passing touchdowns in the same postseason game. Defensively, linebacker Luke Kuechly and safeties Kurt Coleman and Tre Boston came up with two takeaways apiece. The Panthers dominated the early portions of the game to take a 24-7 lead into halftime.

The Panthers defeated the host St. Louis Rams 29-23 in double overtime at the Edward Jones Dome to earn their second trip to the NFC Championship Game. In the second overtime, facing third-and-14 from their own 31-yard line on the first play of the second overtime, quarterback Jake Delhomme hit wide receiver Steve Smith on a slant pattern for 69 yards and the game-winning score, a play now famously known as X-Clown. The Panthers outgained the Rams 485 yards to 380, including 216 to 64 in rushing yardage. They held the Rams to just six possessions and 12 points through the first three quarters. Delhomme completed 16-of-26 passes for 290 yards, with one touchdown and one interception.

In 2015, nearly 20 years after Carolina's inaugural season, the Panthers were selected to play on Thanksgiving Day for the first time, with a Week 12 road matchup against the Dallas Cowboys. That game marked the return of quarterback Tony Romo – 6-2 as a starter in Thanksgiving games. The Panthers responded by picking off Romo three times in the first half. Linebacker Luke Kuechly scored his first career touchdown on a 32-yard interception return. On the next snap, Kuechly became the first NFL player since 1997 to pick off passes on consecutive plays, as he helped the Panthers improve their record to 11-0.