“This is a hometown grown boy here that turned out to be an international hero of World War II so to come and try to destroy his statue is just an insult to everybody,” said Mark Johnson. 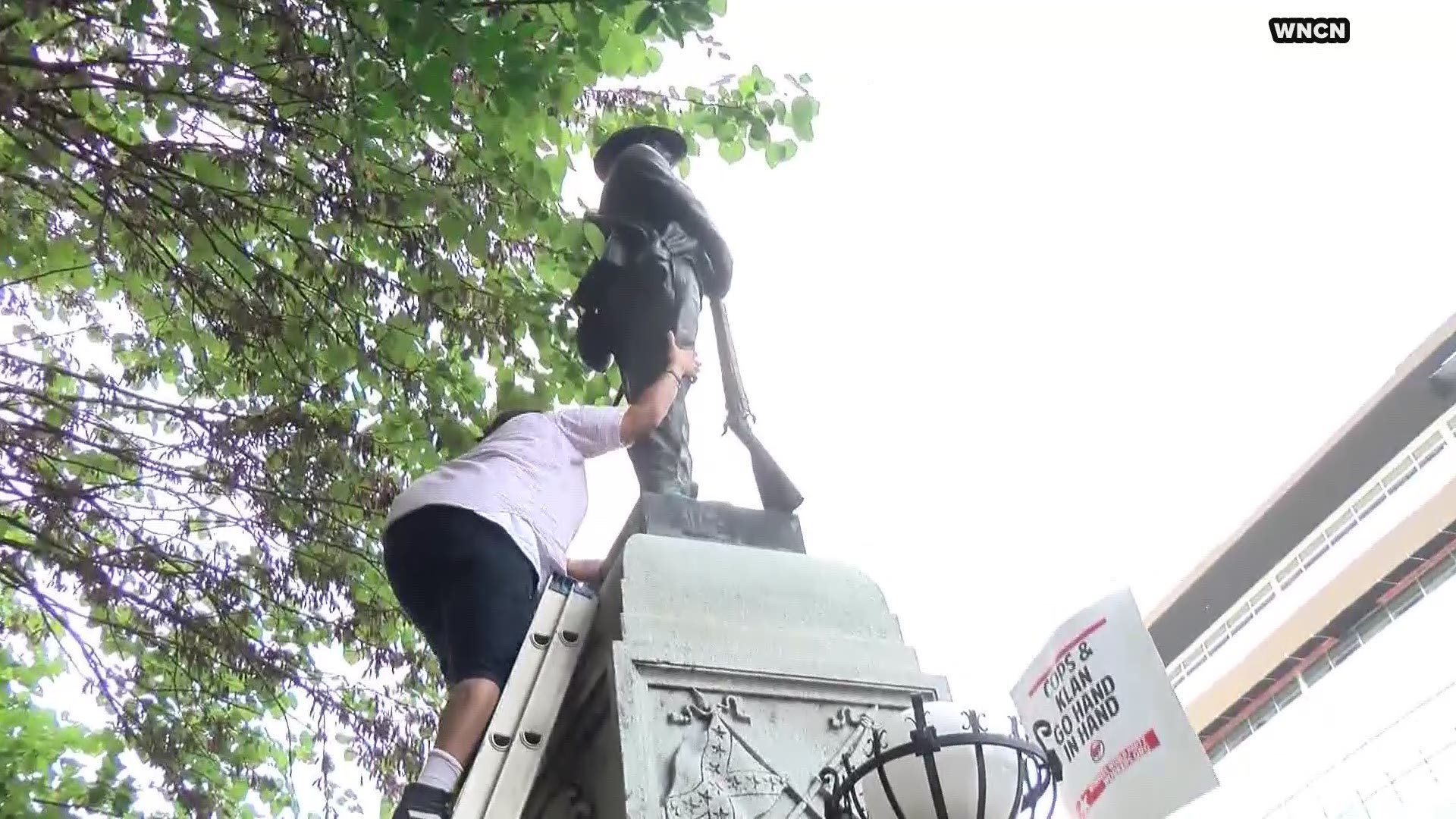 DUNN, N.C. — The controversy surrounding Confederate monuments has resulted in the vandalism of statues across the South.

“Never even thought it would affect us in any way at all,” said Mark Johnson, Curator of the General William C. Lee Airborne Museum in Dunn.

Johnson thought for sure a statue of General William C. Lee would be safe from the chaos.

“This is a hometown grown boy here that turned out to be an international hero of World War II so to come and try to destroy his statue is just an insult to everybody,” said Johnson.

Police say someone doused the statue in some kind of a flammable liquid and set it on fire.

“I think it was a big mistake,” said Johnson. “Why would you do something like this? It really just irritates people.”

RELATED: When Will The Winston-Salem Confederate Monument Come Down? Here’s What We Know

“I was surprised that anybody would do that to this museum statue,” Johnson said. “This is not a Civil War museum and this is not Robert E. Lee. This is General William C. Lee from United States Army Airborne from World War II, so I was hurt and surprised that somebody would actually do this.”

Besides sharing the same last name, General Robert E. Lee and General William C. Lee have nothing in common and are not related.

Johnson has studied William C. Lee’s life and says he was not a racist.

“When he was in World War II he’s considered the father of the airborne which there were plenty of black paratroopers, a very diverse outfit,” Johnson said.

“He’s gonna come over and try to steam clean it and use a special chemical to try to get that into the pores in the marble,” Johnson explained. “We hope it will clean up, there’s minimal damage to the base, so we hope it will all come out but it will take a lot of work.”

He also says since posting about the vandalism of the museum’s Facebook page, he’s heard from paratroopers around the world who are outraged. The Dunn police department is investigating.