The Corolla Wild Horse Fund says apples can kill wild horses and they should never be fed. 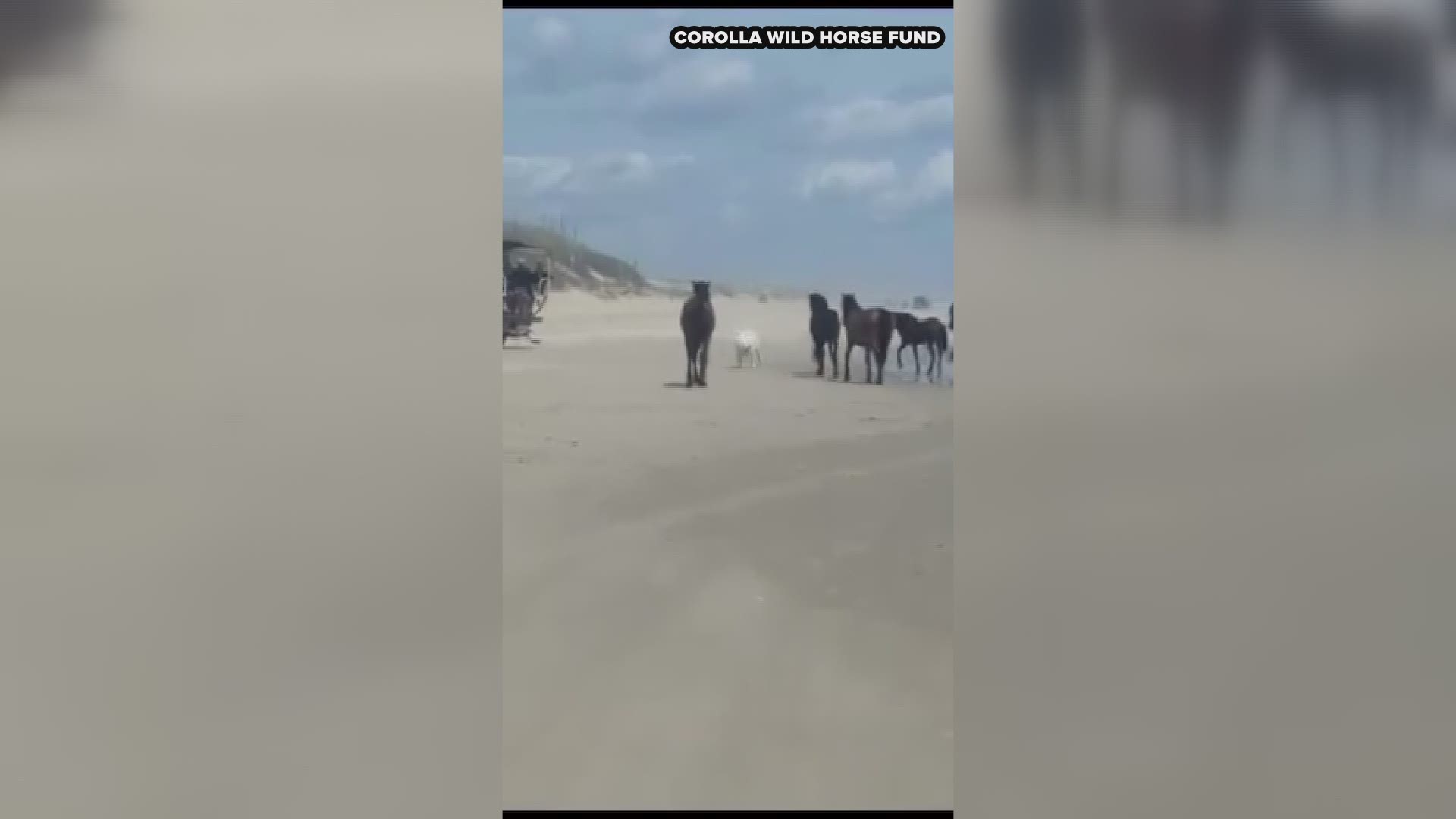 The organization said the horse's death could have been prevented.

The Wild Horse Fund said someone saw Danny in distress and called for help. Danny was given a sedative to help pass the apple. However, the apple had been lodged in his throat long enough to cause an infection, and he later died.

The organization hopes Danny's death will serve as a lesson to visitors and beachgoers: never feed the horses and always pick up your trash.

Corolla Wild Horse Fund
It's been a busy day with lots of phone calls and messages about hor... ses, but thankfully nothing too serious. Have spoken with some of the nicest, most supportive folks tonight. The kind of emergency calls you don't mind getting. Thanks to everyone who is looking out for the horses' well-being - we truly appreciate you!

RELATED: 'Do not do this' | Group warns visitors to stay away from wild horses on the Outer Banks

RELATED: Outer Banks overrun with seashells due to lack of tourists