The Duke Energy helicopter crash resulted in a fire in the woods. 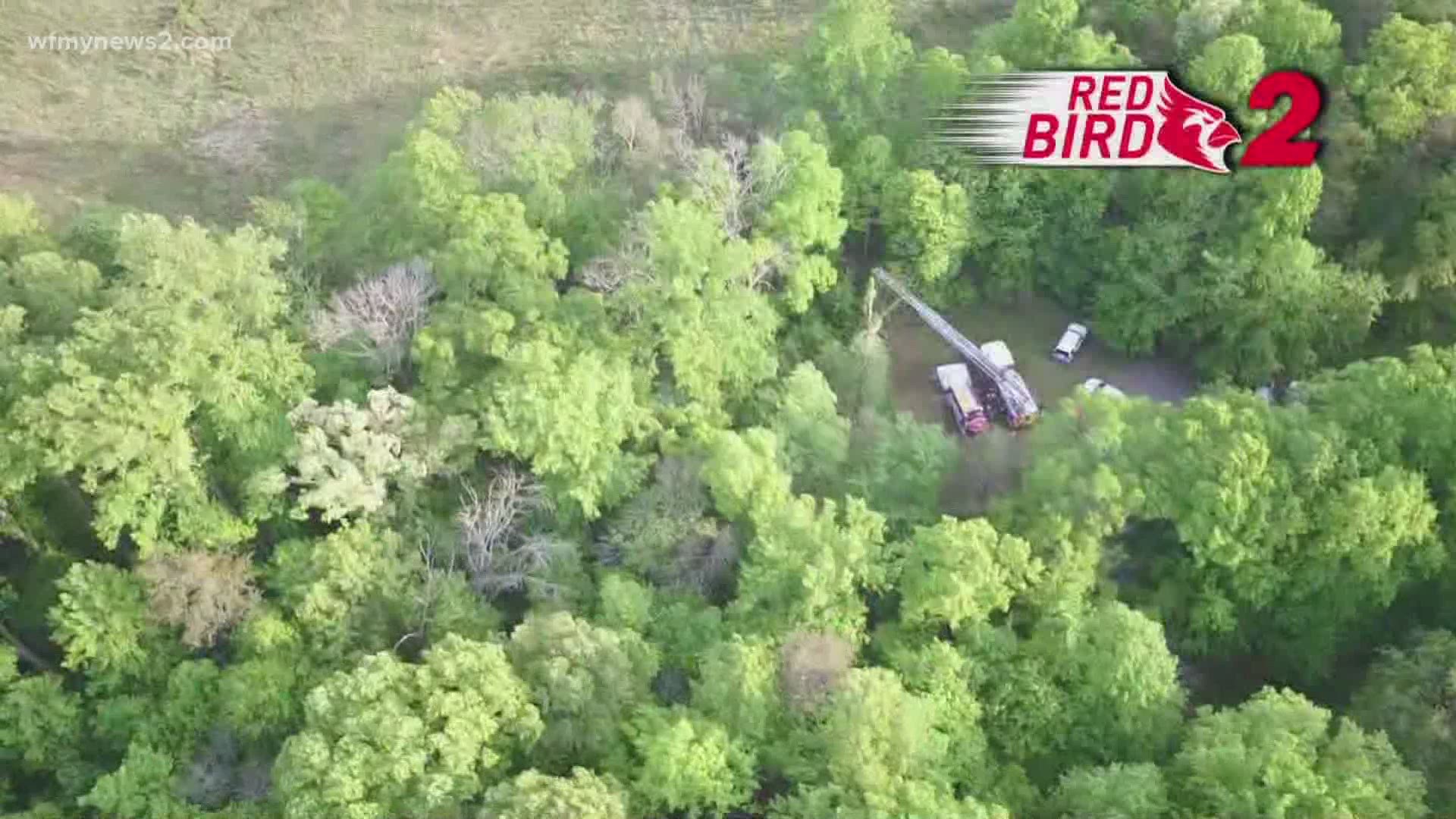 EDEN, N.C. — Duke Energy officials identified Shane Keebler as the pilot killed in the helicopter crash in Eden on Wednesday. Officials said two other passengers were injured in the crash.

“Our hearts are broken by the loss of our teammate, Shane,” said Donna Council, Duke Energy senior vice president of administrative services. “This tragic event is deeply saddening for us, particularly for his team who flew alongside him day in and day out. We are keeping Shane’s family, friends, co-workers and community in our thoughts and prayers during this difficult time, as well as his teammates and their families while they recover.”

According to the Federal Aviation Administration (FAA), a Bell 429 helicopter crashed while the pilot was conducting power line work near Rosewood Lane. There were three people on board, the FAA said. The helicopter and crew were employed by Duke Energy and were surveying power lines at the time of the crash.

Two passengers escaped the flames and the crash wreckage. One man was transported to UNC-Rockingham hospital and the other airlifted to Wake Forest Baptist Health Care. Emergency services said the two men were able to communicate and were conscious.

The FAA and NTSB were at the scene of the wreckage on Thursday to begin investigating what caused the crash. A preliminary report could come out in a couple of weeks, but a full report could take several months or a full year.

Emergency crews said the crash resulted in a fire in a wooded area. There was a heavy fuel load and crews worked to extinguish the fire. Emergency responders located the pilot who was found dead after extinguishing the fire at the crash site.

Initial reports were that the helicopter crashed into a house but those reports were not confirmed, according to Rockingham County Emergency Services. They also said, the entire crash site was located in the woods and no residences were impacted. No power outages occurred as a result of the crash.

The FAA will be joined by the National Transportation Safety Board on Thursday as they help to investigate and remove the wreckage.

"The FAA will release the tail number of the aircraft after investigators verify it at the accident site. The FAA and National Transportation Safety Board will investigate. The NTSB will be in charge of the investigation and will provide additional updates. Neither agency identifies people involved in aircraft accidents," the agency said in a news release.

Shortly after 1 p.m. today, we received word of an incident near the Dan River Combined Cycle Station involving a Duke Energy helicopter. We are currently investigating the incident and are working with local emergency management officials. We will provide additional information as appropriate.

BREAKING: Reports of a helicopter crash in Eden this afternoon. On the scene they have the road blocked off, but they are not allowing anyone past this point. Police tell me they are still working to contain some fires. @WFMY pic.twitter.com/w08fx93mbn

The cause of the crash is under investigation. 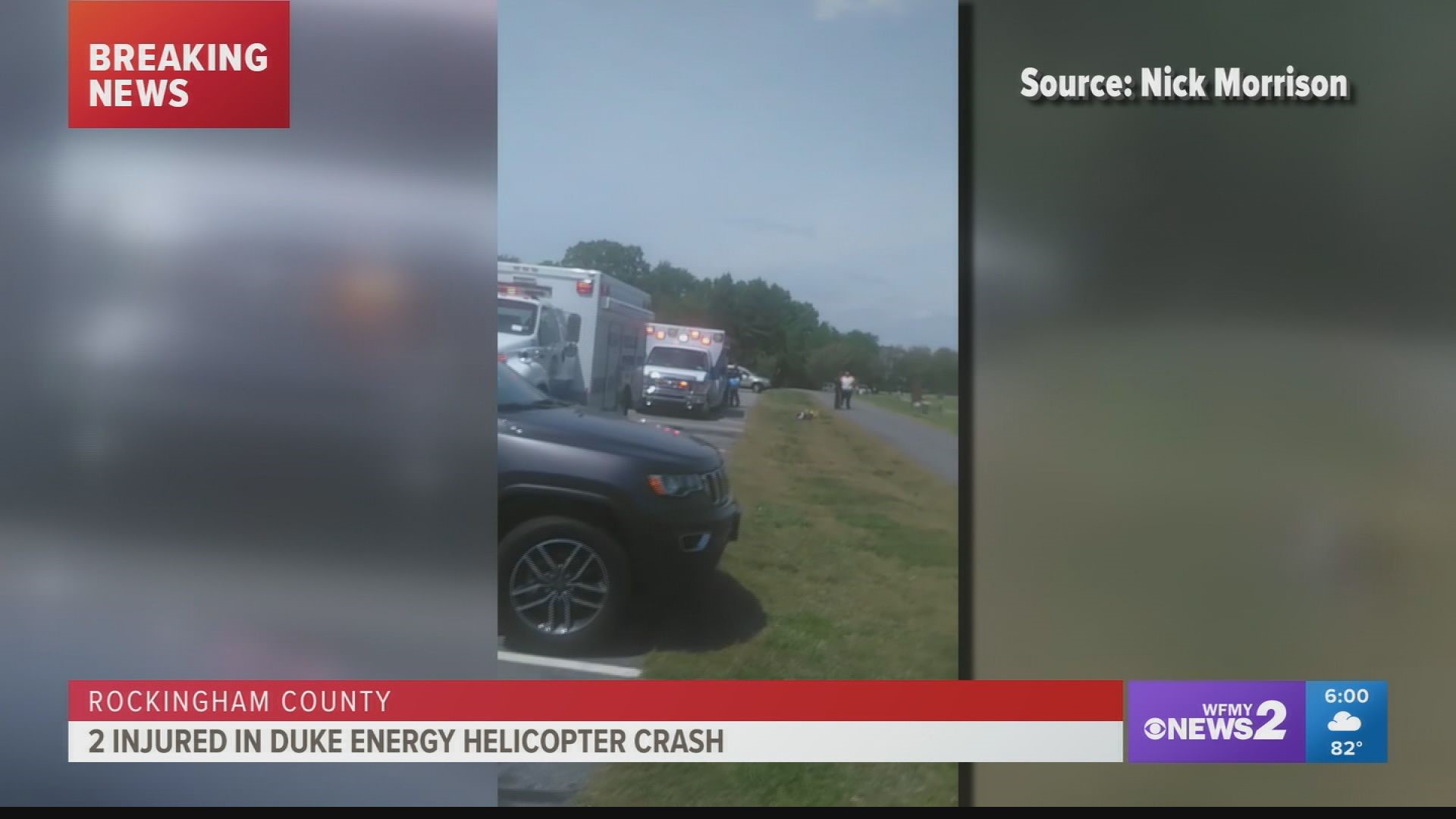