The FBI asks that if you live or have a business on or around Quincey Drive and have a video surveillance camera system please call the FBI tip line at 910-272-5871. 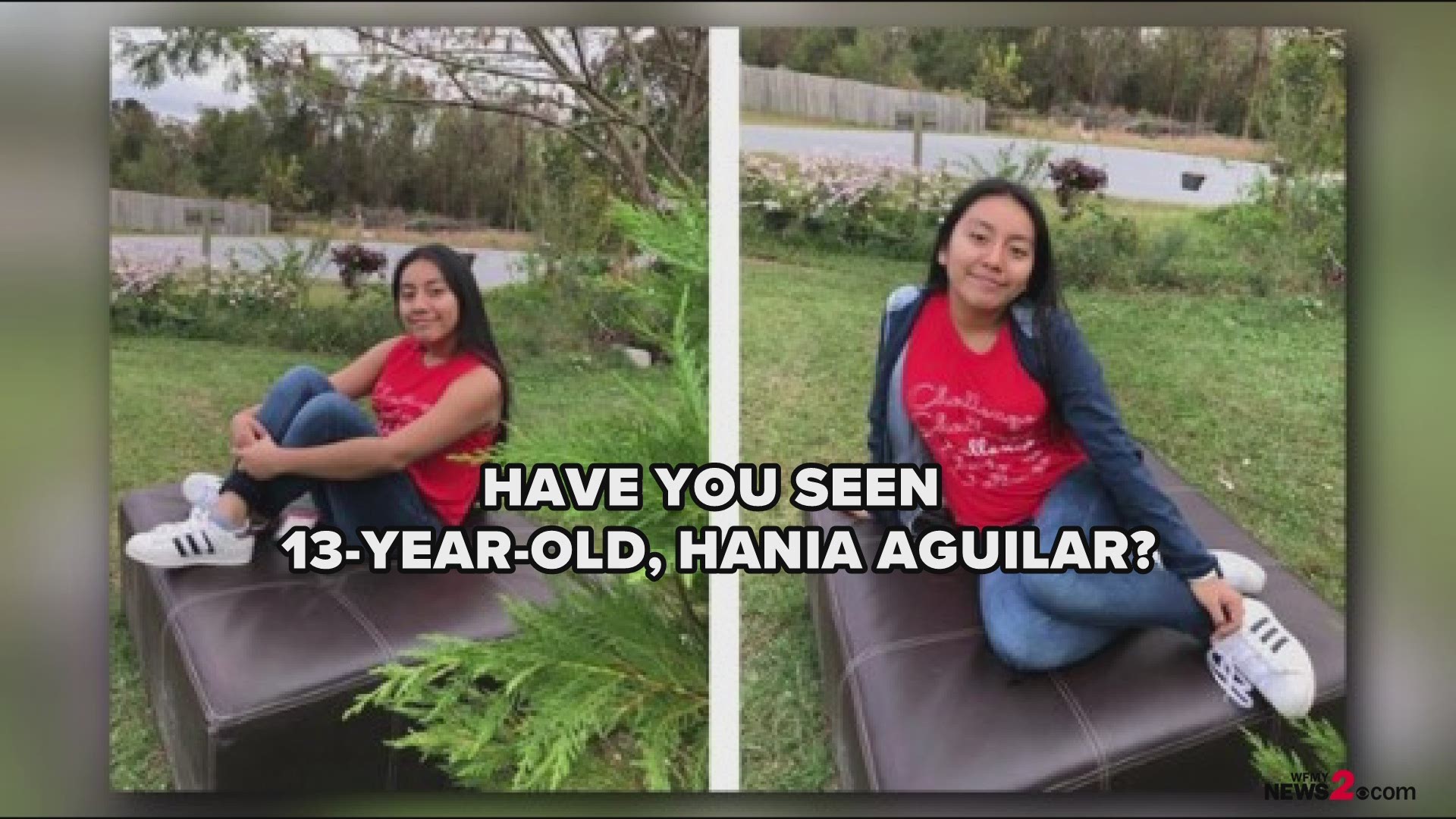 LUMBERTON, NC – The FBI has released video of a man they want to question in connection with the kidnapping of 13-year-old, Hania Aguilar.

13-year-old, Hania Noelia Aguilar was abducted from her home in Lumberton, NC. If you have any information call the tip line at 910-272-5871.

In a statement by the FBI, they urged the need to talk to everyone who lives near Rosewood Mobile Home Park & Quincey Drive in Lumberton. The FBI along with multiple teams of investigators and agents with the Moore County Sheriff's Office, Lumberton Police Department and Fort Bragg Military Police Investigations, are walking in the neighborhood to make contact with everyone. They believe someone may have important information to help bring Hania home.

The man in the video was seen walking near where Hania was kidnapped. Investigators said the man was wearing light colored shoes, a light-colored shirt, and a hoodie while walking on Lambeth Street, before turning left onto Highway 41/Elizabethtown Road towards the Rosewood Mobile Home Park.

Investigators said several vehicles were seen on the video driving by the man who was walking on the morning of November 5.

Andy DelaRocha, with the FBI said, “Someone knows the man seen in the surveillance video. Please call us and help us to identify him.”

FBI investigators want to question man seen in area where North Carolina teen was kidnapped. If you have any information call the FBI tip line at 910-272-587.

These photos of Hania were taken just a day before she was kidnapped.

Hania Aguilar kidnapped from home in Lumberton, N.C. If you have any information call the FBI tip line at 910-272-5871.

The Lumberton Police Department announced the State of North Carolina is offering a reward of up to $5,000 for information that leads investigators to the location of Hania. The FBI has already announced it's providing a $15,000 reward for information that leads investigators to Hania and an arrest in the case. That means the total reward offered is now at $20,000.

PHOTOS | Have You Seen This Man? FBI Want To Question Man In NC Teen’s Abduction

PHOTOS | Have You Seen This Man? FBI Want To Question Man In NC Teen’s Abduction

Investigators are asking for people who live in the Lumberton area to check their buildings and property for anything that could help them in the investigation. They ask that you look for anything that's suspicious.

Investigators discovered the stolen SUV on Thursday. They said they received a 911 call about the SUV that was backed into the woods. It was discovered just before 8:00 a.m. off Quincey Drive in Lumberton.

DelaRocha with the FBI said, “Although the vehicle used in the kidnapping has been found, Hania has not.”

The FBI said its Evidence Response Team is processing the SUV for evidence to find Hania.

On Wednesday, the FBI released several images of the SUV and surveillance video that led to a tip in finding the stolen vehicle.

Investigators are still collecting surveillance video from homes and businesses near Hania’s home on Rosewood Mobile Home Park. The FBI asks that if you live or have a business on or around Quincey Road and have a video surveillance camera system to please call the FBI tip line at 910-272-5871.

An Amber Alert was issued for the Haina on Monday morning after investigators said she was forced into an SUV and taken from her Lumberton home. She was outside her home just before 7:00 a.m. waiting for her family to drive to school. That’s when a neighbor heard her scream, looked outside and saw a man dressed in all black and wearing a yellow bandana force Hania into a relative’s vehicle that was parked in the driveway.