Blog | Protesters shut down I-40 in Greensboro, pray on highway

Marchers have gathered in High Point and Greensboro to protest racial inequality in the aftermath of George Floyd's death. 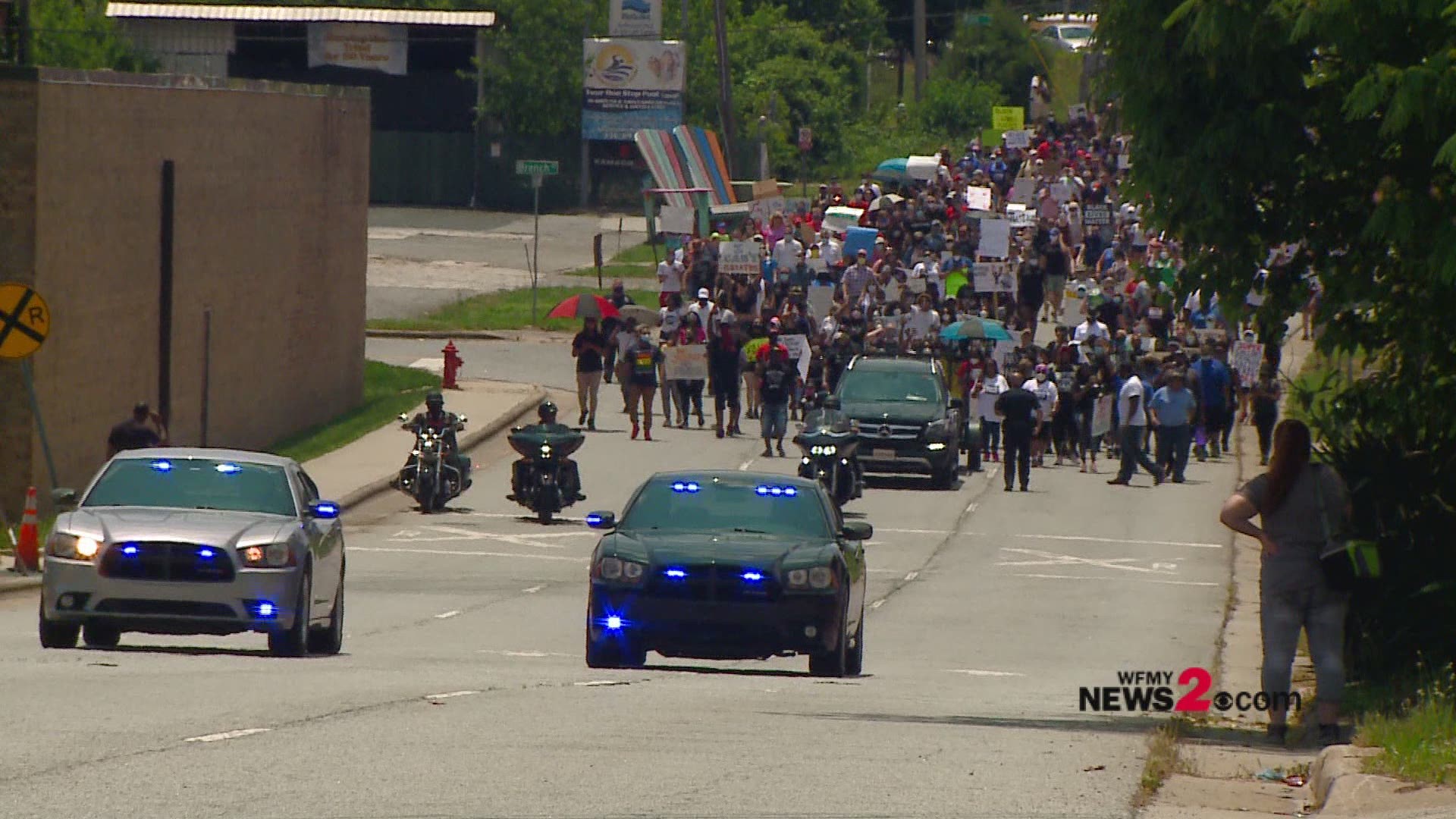 HIGH POINT, N.C. — Protesters have congregated into large groups in what is expected to be the largest George Floyd protests in the Triad yet.

9:35 p.m. - Artist Jenna Rice has finished the George Floyd mural after repainting it.

The mural in downtown Greensboro was defaced.

PHOTOS: Protesters shut down part of I-40 in Greensboro

Protests along I-40 area

RELATED: Part of I-40 closed due to protests

5:00 p.m. - A number of stores closed in Greensboro ahead of tonight's curfew.

1 / 3
WFMY News 2
A mural of George Floyd was vandalized in downtown Greensboro.

WFMY News 2 unofficially estimates nearly 2,000 people showed up to join the march, with more joining along the way.

2:30 p.m. - A smaller group of about 40 protesters has gathered at the Costco on W. Wendover Ave. in Greensboro.

Police have closed down parts of W. Wendover Ave. to accommodate the protest.

2:00 p.m. - Protesters gathering in downtown Greensboro. It is unsure whether the organizers plan to march through the city.

This is a developing story and will be updated as more information becomes available.

RELATED: Officials urge Floyd protesters to get tested for coronavirus