Friday afternoon, a federal court judge heard from civil rights groups who are asking the court to block the city's panhandling ordinance. 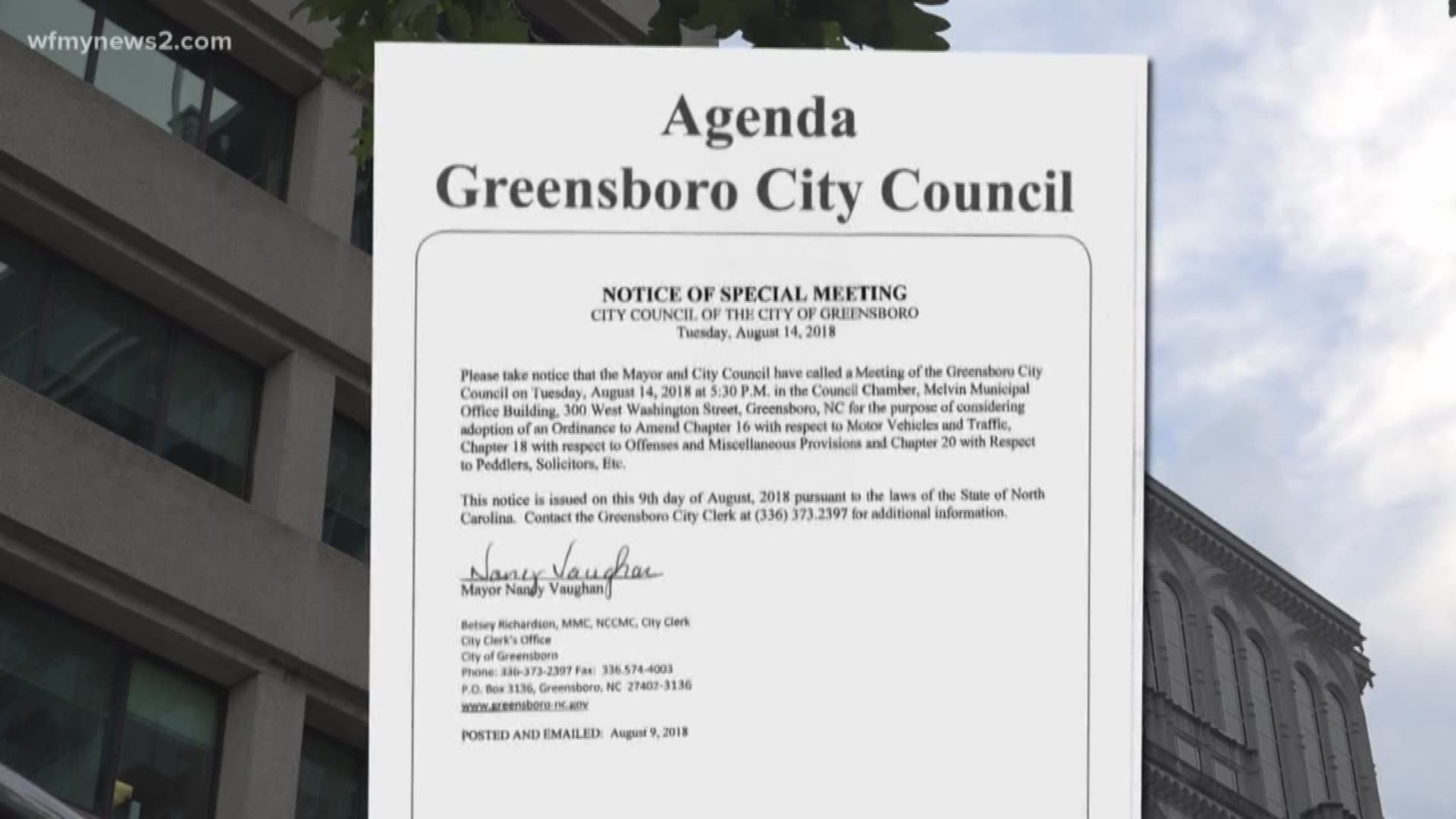 GREENSBORO, N.C. - This afternoon, a federal judge heard from both the city, and the civil rights groups who are asking the court to block the city's panhandling ordinance.

At the 4:30 meeting with the court, the plaintiffs asked the judge to put a temporary restraining order on the Greensboro City Ordinance which they believe places unconstitutional restrictions on panhandling and other protected speech.

"The judge just had an opening argument on the case to see where the parties stood, where was the need to enjoin the city’s aggressive panhandling ordinance immediately, and what response did the city have to that," said ACLU Staff Attorney Emily Seawell.

PREVIOUS: Panhandling Ordinance In Greensboro To Be Challenged By Civil Rights Group

The judge decided to give time for the city to file a written response to the lawsuit. The deadline for that is 2 p.m. on Monday. From there, the judge will make a decision on paper, or bring the parties back to court to hear more arguments.

On Tuesday, August 14th, the City Council is holding a special-called meeting at 5:30 p.m. to address the panhandling ordinance issue. Originally, leaders were set to address it at the meeting on August 21st, but they bumped up the discussion due to this lawsuit.

"I hope at Tuesday’s meeting we are going to be able to look at both ordinances - the one that is currently on the books, and the one that we have said we are considering all along - and really making sure that we have the better of the two options," said Mayor Nancy Vaughan, "Neither of the ordinances were restricting anybody’s right to free speech. Asking for money is considered a protected rights of free speech, so this was about solicitation in any form and what happens once you say 'no.'"

The hearing comes only two days after three people who have experienced homelessness, and a national advocacy group, filed a lawsuit seeking to block the ordinance, meant to cut down on "aggressive" panhandling.

A copy of the lawsuit can be found here. This story is developing - check back for updates.