Bus drivers were told to find work at schools when kids started learning from home but the principal at Colfax Elementary didn't expect this from Marcus Thompson. 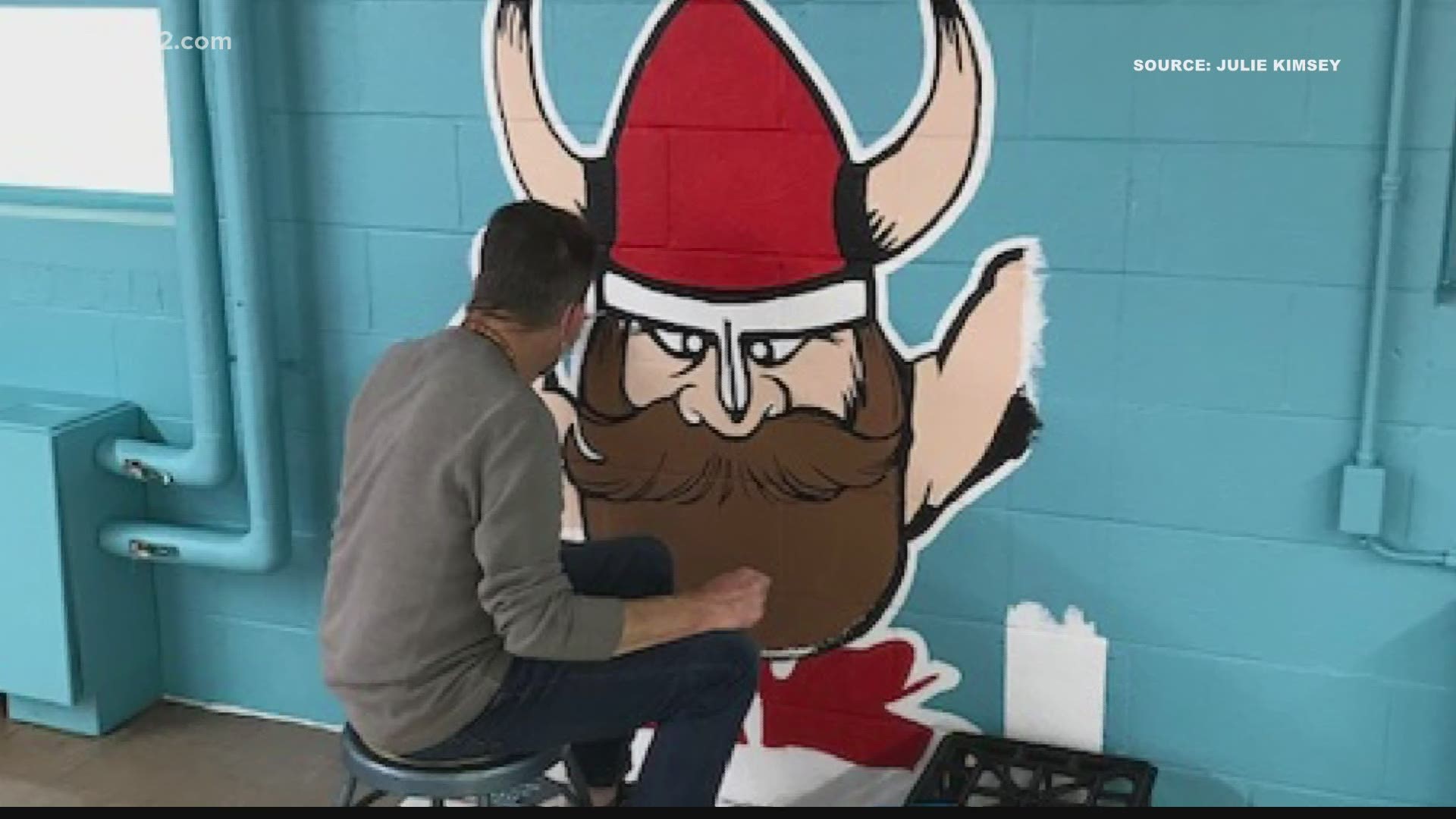 COLFAX, N.C. — Students not going to school means busses are not on the roads and bus drivers aren't behind the wheel. But one bus driver in Guilford County didn't idle, instead he's taking his talents from the roadways to the hallways of Colfax Elementary.

"The bus drivers when we were we thought we were going back to school and the drivers didn't have any work they asked us to go find work at the schools so you know I signed up for Colfax," Marcus Thompson said.

He out to Principal Julie Kimsey. Her first thought was to have him spruce up some old murals that had seen better days.

Turns out, Thompson isn't just a bus driver, he's a classically trained artist with experience in graphic design. Over the last few months he's been been dabbling in his past and creating for the future by painting eight new murals at the school.

"It's been a way to brighten this environment, it's a way to give back you know in these times people don't -- there are a lot of things that they're not smiling about," Thompson said. "But, you know, I think when you go down and see a couple of murals, you know you can't help but smile."

Once all students return, Thompson will hit the road again but the next time he drops students off at school and says goodbye something he created will be inside to say hello.