'My kids are absolutely terrified' | Fireworks going off every night in Guilford County?

Many people in Greensboro and High Point have heard fireworks every night for the past two weeks, and police say they can easily be mistaken for gunshots. 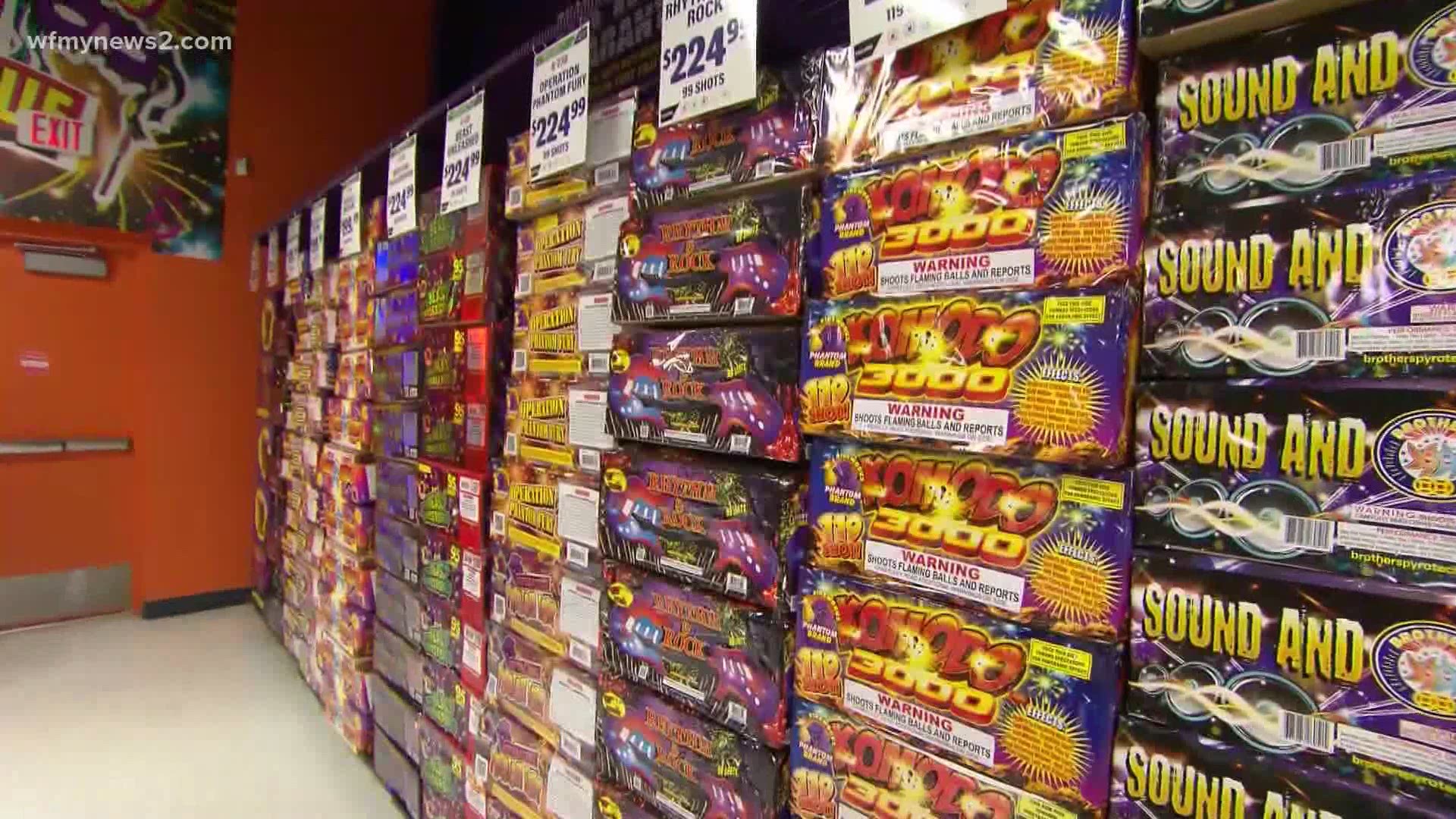 Many people asked WFMY News 2 about it, adding that it’s scaring their kids.

It’s hard for police to track because they sound so much like gunshots.

"At first we did think it was guns going off because we were like 'Wait, what’s that noise?'" Gina Ingram of Greensboro stated. "But some of them you can clearly hear the firework go 'boom' and the crackle at the end."

North Carolina has some of the toughest restrictions on fireworks in the country. The kind that flies in the air or explodes, are illegal for personal use.

RELATED: Are Your Fireworks Legal? Check Before You Light Them

But that doesn’t seem to be stopping anyone from setting them off around Greensboro and High Point once the sun goes down.

"I hate to say it this way, but I do feel like with the big controversy going on I felt like it started maybe a week after the protesters."

Ingram is not alone. People are posting all over social media that they’ve heard fireworks go off every night around 10 p.m. for the last two weeks.

No matter the reason behind it, Ingram said it needs to stop because it’s scaring her kids, ages 5 and 8.

"For the most part I know to expect it around 10:00, but my kids are absolutely terrified. They’re like, 'Can we sleep with you and dad tonight?'" Ingram said. "In their mind they hear that sound they’re thinking its guns not fireworks."

Keep in mind, police said many witnesses think loud noises are shots when they dial 911, and it could really be a firework or car backfiring. But do not hesitate to call police if you believe a weapon has been fired.

High Point police said in at least one recent instance, officers responded to a shots fired 911 call, and when they arrived they saw fireworks.

You’ll have to pay up to $500 in fines if you’re caught setting them off.

"I just, I know there is a lot going on in America. I understand it’s a lot of emotions and I'm even dealing with it myself," Ingram said. "But at this time we know fireworks are typically around 4th of July, leave it until then. Do it when it's more appropriate because every single night is just a disturbance unfortunately."