Snowmen, reindeer, superheroes, oh my! The Christmas display you have to see to believe

Located in Archdale is a Christmas display unlike any you've seen before! Featuring over 200 inflatables lining Rick Lake's driveway. 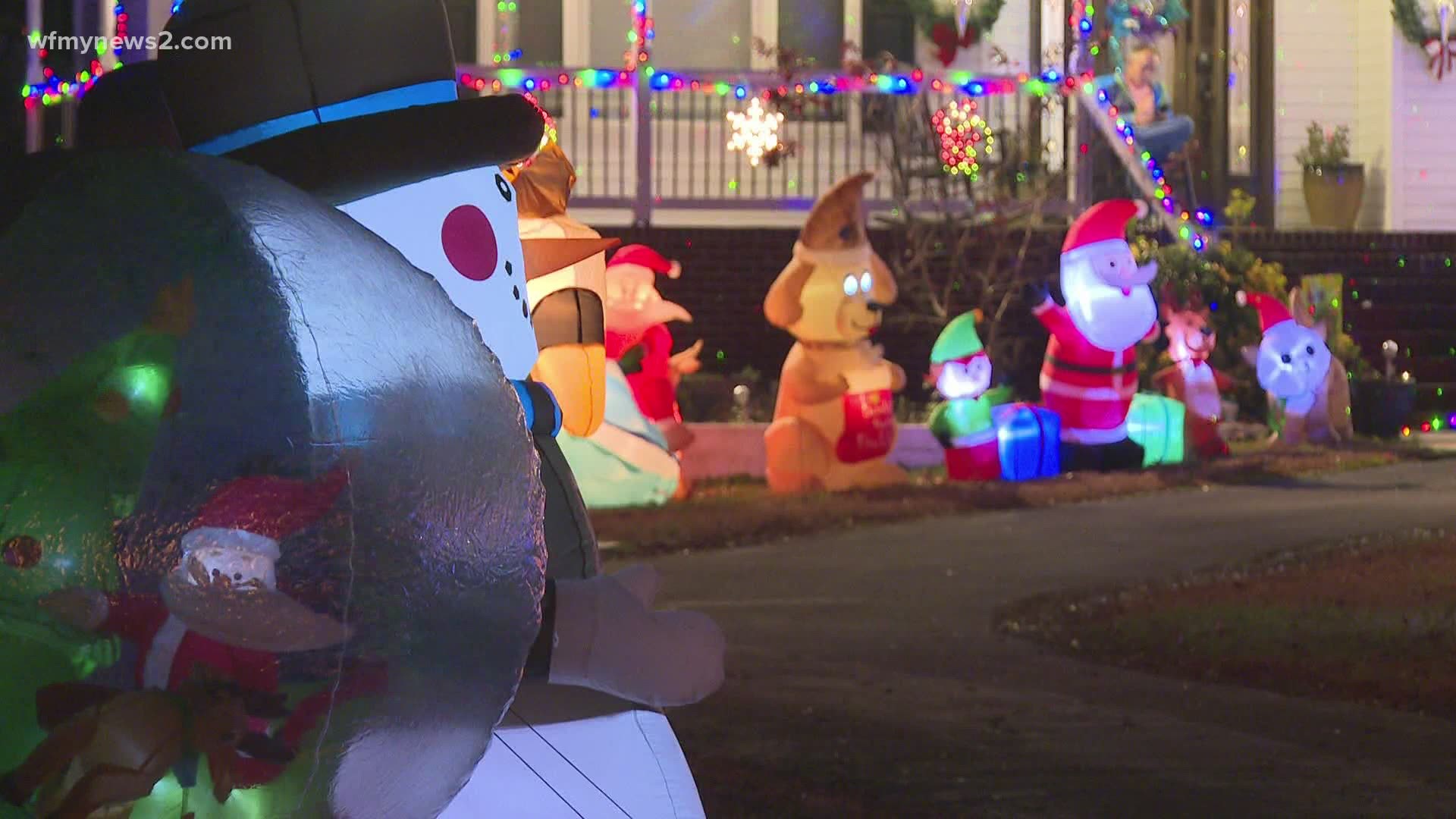 ARCHDALE, N.C. — Located in Archdale is a Christmas display unlike any you've seen before! More than 200 inflatables lining a Triad man's driveway.

There are snowmen, reindeer, superheroes, Star Wars characters, and more. Rich Lake puts these up every year!

His house, off Muddy Creek Road in Archdale, has a long driveway -- so he's got plenty of space to put-up his blow-ups. Cars drive through with families, all wanting to take a closer look at the grand display.

"The kids that come through in the cars, their eyes are just wide open seeing a character that they like," said Lake.

The only thing stopping Lake from putting up more inflatables? The power.

He says he's almost at his limit. We asked him about his bill this time of year.

He didn't give a dollar amount, but just replied, "It's big."

Even bigger, the joy he's spreading during the 'most wonderful time of the year.'