Two reasons why you're hearing so many fireworks

It's not just going on in the Triad. Across the nation, law enforcement is reporting a surge in fireworks being set off. Find out why. 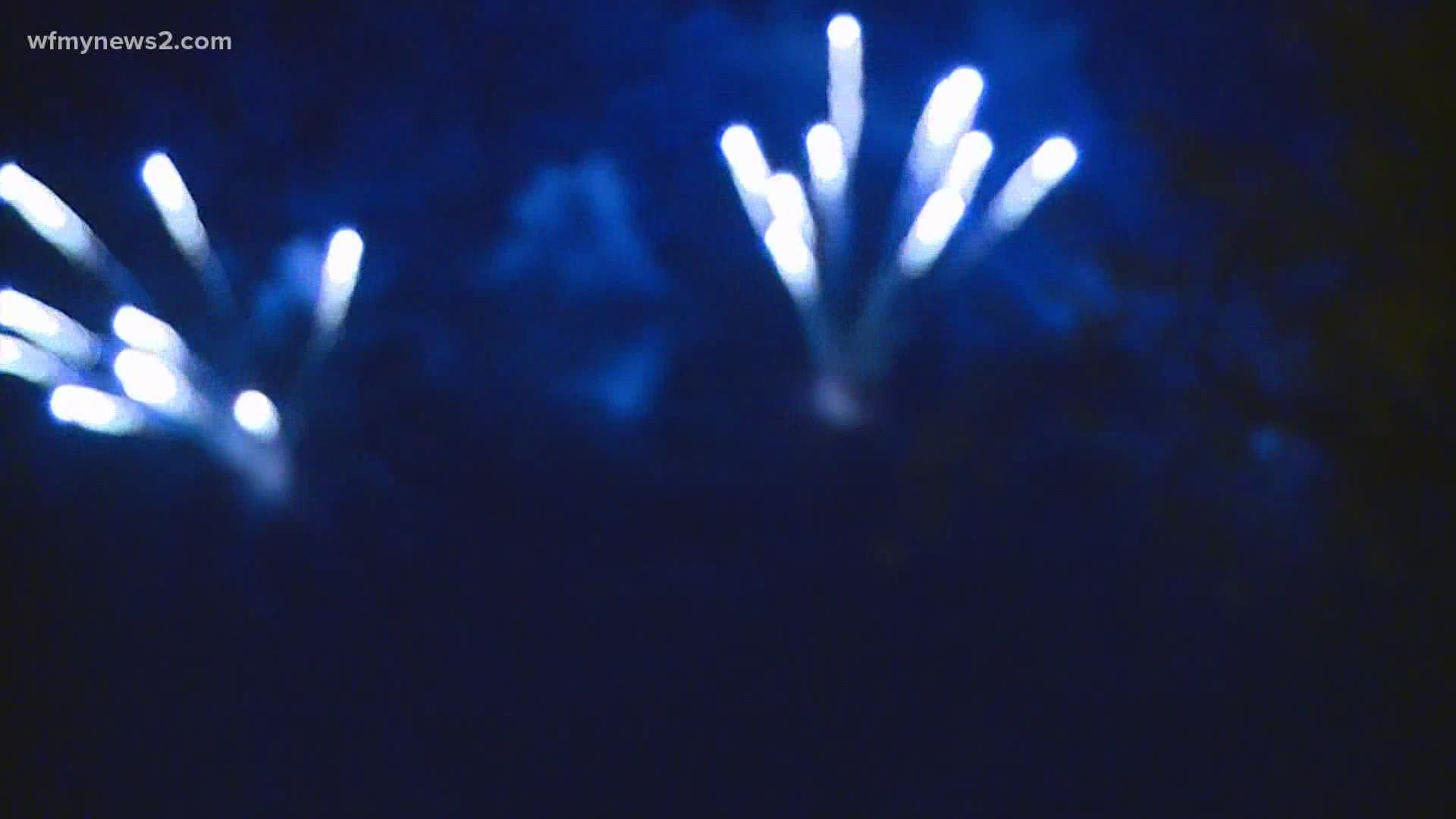 GREENSBORO, N.C. — In a story from Nextdoor, neighbors are still exploding with curiosity on the app about all the fireworks people are shooting off around the triad.

We first told you Monday about almost 400 complaints to police of shots fired. Law enforcement says almost all of those were fireworks. Now we're learning about similar issues in LA, Baltimore, Connecticut, Boston, New York City and more.

Across the nation, most places have come to the same conclusion why this happening: "I think people are just bored" That was the number one quote in almost every story about the surge in fireworks.

RELATED: 'My kids are absolutely terrified' | Fireworks going off every night in Guilford County?

Here's one more possibility: The fireworks business has gone from boom to bust with coronavirus. At Pyroshows for example, sales are down almost 80 percent:

That means fireworks companies are selling their products to the public at deep discounts.

If you are buying those deals, be careful. First, know that North Carolina has some of the toughest restrictions in the nation. The kind that fly up in the air and explode is illegal for personal use. Anyone caught using them can be fined up to $500 because they are so dangerous.

Even the ones on the ground can cause damage. Last year smoldering fireworks sent a Winston-Salem home up in flames.

How to tell if you heard fireworks or gunshots

It might seem pretty obvious to some, but if you haven't heard a lot of gunshots it can be hard to tell. Not only are all those people calling police about shots fired, but we're also getting calls at the station. People want help knowing if they heard gunshots or fireworks.

The FBI actually has a sound expert who says there's a clear difference.
With gunshots, they are all the same volume. But with firecrackers, they get louder and then softer and then louder again. Plus you can sometimes hear a slight sizzling sound with the fireworks.

RELATED: You may see fire in the sky thanks to pipeline maintenance