Greensboro police said Patricia Grant was shot and killed at the Speedway gas station in the 2800 block of Battleground Avenue. She worked there. 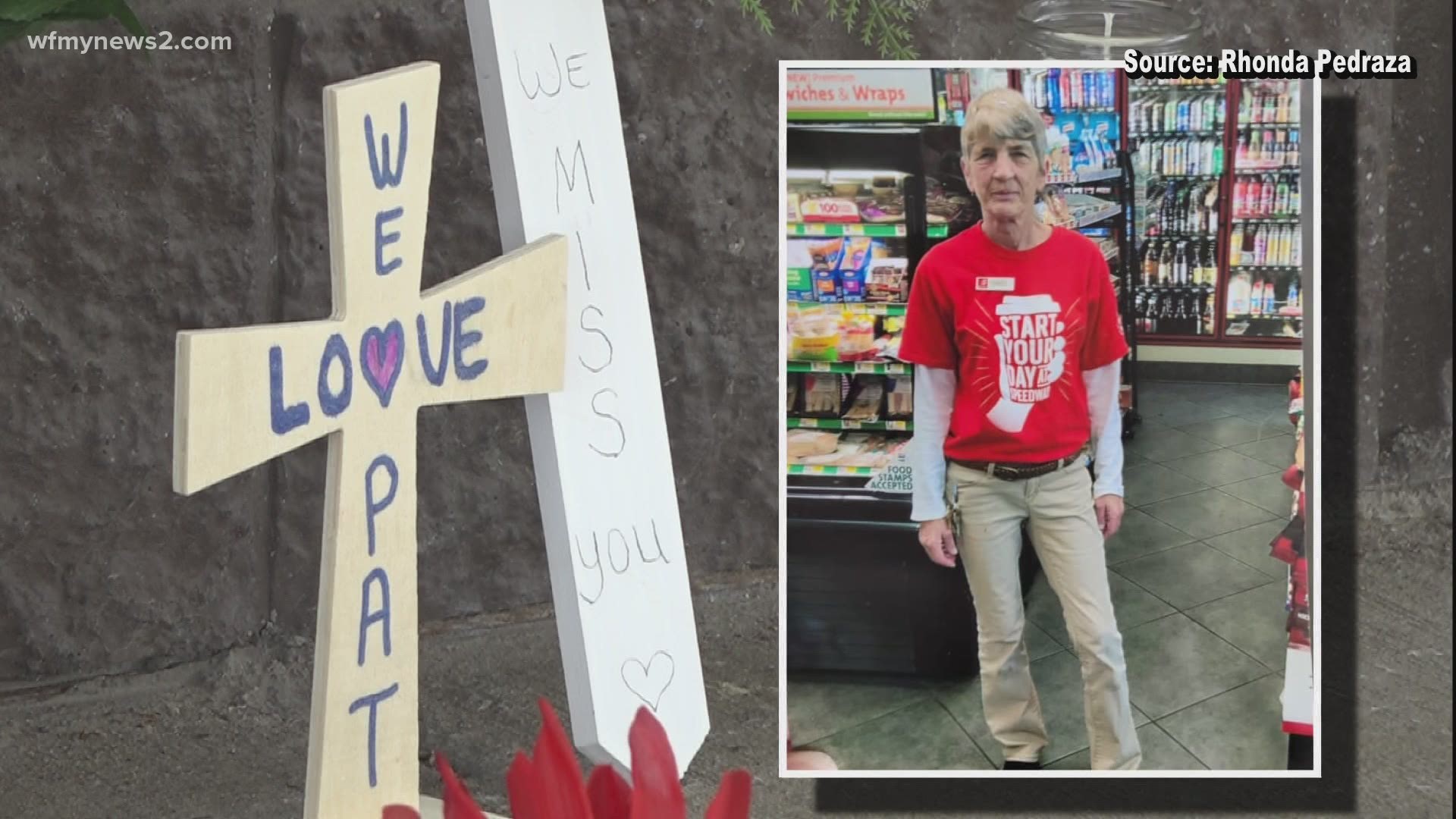 GREENSBORO, N.C. — Greensboro Police said 72-year-old Patricia Grant was shot and killed at her workplace in the 2800 block of Battleground Avenue on July 1.

Nearly a week later, the Speedway gas station is still closed and a growing memorial sits by the door.

For the first time since the deadly shooting, Rhonda Pedraza is sharing a picture of Grant, who family and friends lovingly called 'Pat.'

"Pat was just a wonderful person, she always had a smile on her face," Pedraza said. "She was always happy and upbeat, friendly to everyone she met."

RELATED: 'She was a wonderful woman' | Community forms memorial outside convenience store to remember 72-year-old Speedway employee shot and killed

Pedraza said she's close with Grant's sister - Judy. She set up a GoFundMe fundraiser for Judy because of the unexpected expenses she now faces.

She said Judy and Pat lived together.

"She was an extremely hard worker."

Pedraza also put a new sign by her memorial of many flowers and candles, that reads 'Justice For Pat.' There's a sharpie there for anyone to sign. She's also making T-shirts with the same message.

"If anyone wants one I would like to make some for a $20 dollar donation, all the money will go to the GoFundMe page. Just message me on Facebook."

Pedraza said her sister Judy isn't the only family Grant leaves behind.

"She has two sons, and then she has three grandchildren that live here so it's very sad."

She said Grant's sister Judy wants to thank the community for the outpouring of support, including the memorial at the gas station.

"They want the person who did this brought to justice. She is angry, very angry which I understand and she’s just heartbroken because she loved her sister a lot."

"I don't think they want to jeopardize their case," Pedraza said of the GPD investigation.

As for the suspect who killed her friend:

"Just three minutes after she opened the store, for him to come in and do this. It's an animal, like a rabid animal and there's no reason for it. She would've given him anything that he wanted, there was no reason to shoot her."

Pedraza said she used to be a convenience store clerk herself. She thinks there should be more protection.

"I think they need to have bulletproof glass just to keep the employees safe, I mean you can still talk to customers but the risk goes down."