Mayor Allen Joines says the fair planning committee met Wednesday morning and is beginning the process of changing the name of the Dixie Classic Fair. 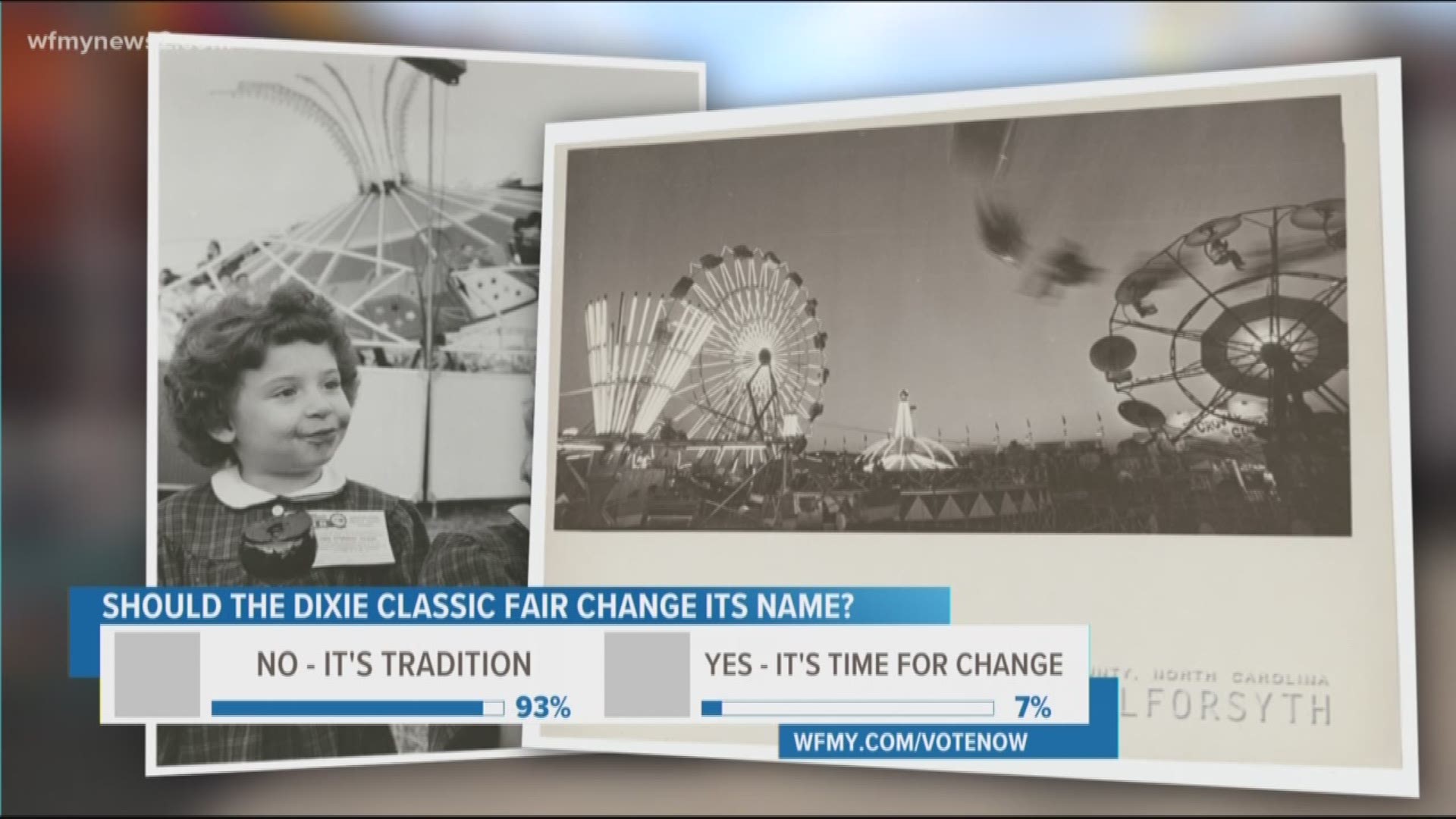 WINSTON-SALEM, N.C. — Winston-Salem has agreed to change the name of its long-running Dixie Classic Fair, the city's mayor confirms.

Joines says they are considering a set of names but plan to reach out to the public for suggestions as well.

Earlier this month, the city council was urged to remove "Dixie" from the name. Several speakers said they felt that the word is offensive because of its association with slavery in the south.

In March, Winston-Salem removed a Confederate statue from downtown after it was vandalized twice. City leaders and the property owner said the statue was creating an unsafe environment and ordered the Daughters of the Confederacy to remove it.

HOW DID THE FAIR GET IT'S NAME?

The fair’s current name, The Dixie Classic Fair of Northwest North Carolina dates to 1956. It was adopted following the consolidation of the Dixie Classic Livestock Exhibition and the Winston-Salem Fair into a single event. At the time, the livestock exposition drew from throughout the state and to Virginia and West Virginia. City leaders said fair organizers wanted a name that would reflect the fair’s broad regional reach but now it's time for a change.

City leaders are now asking for your help to submit ideas for a new name for the fair. Name suggestions can be submitted through an online survey, or by calling the citizen feedback telephone line, or at a public hearing.

The survey will be posted through June 3 visit the link, HERE

Names will be reviewed by the Fair Planning Committee before being submitted to the City Council. City leaders will have the final say in renaming the fair and will vote to change the name. The new name would take effect with the 2020 fair.

We want to know what you would rename the fair.

WFMY News 2
Soooo after more than 60 years as the Dixie Classic Fair, the City of Winston-Salem is about to rename it and remove the word, 'Dixie.' What should the fair be called? 🎡 https://on.wfmy.com/2UDKSsy