The proposal states you could still use your phone with ear buds or hands free displays, but you'd face a fine for looking at your phone. 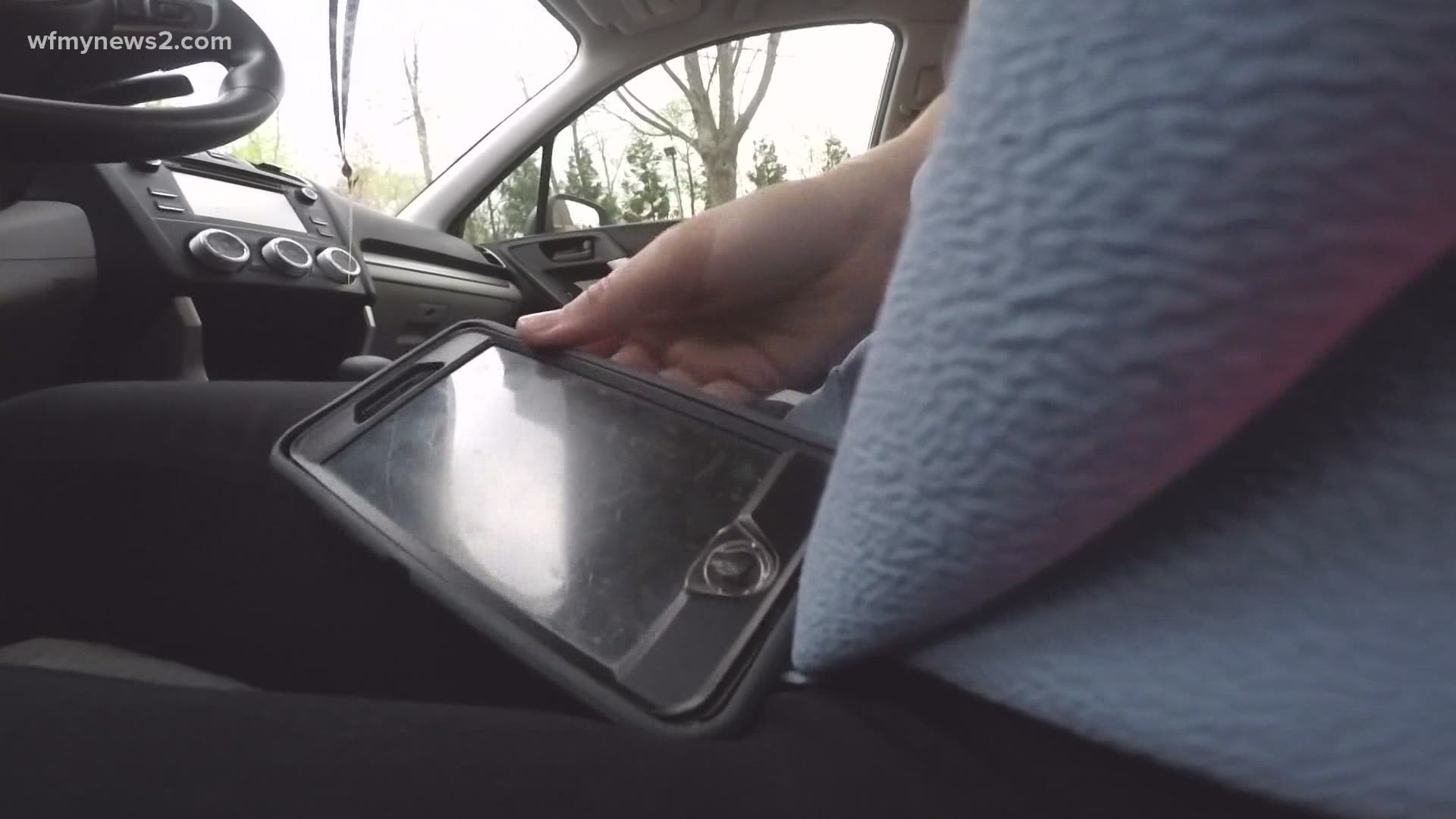 GREENSBORO, N.C. — State lawmakers are pushing for changing to our driving laws.

Some are proposing what's called the Hands Free NC Bill. It would tighten restrictions on using phones and other devices while driving. Offenders could face steep fines.

The bill would not only make it illegal to hold your phone for calls and texts while driving, it would also outlaw having your phone "supported by your body".

That means it would be illegal to cradle the phone on your shoulder or put it in your lap.

You also could not record videos or post on social media while driving. Those are two things that are still technically legal under current state law.

Corbin represents NC District 50 in the Western part of the state. He is the main sponsor of the Hands Free NC Bill.

The law would still allow you to use your phone with earbuds or hands free displays but you would face new fines if caught driving while looking at your phone.

Corbin said if enacted, those penalties would not go into effect until six months later. The first six months law enforcement would instead give drivers warnings.

"We really have set out to make this not punitive but simply to change people's behavior," Corbin said.

Experts said 36 states already have hands free driving laws. Neighboring states of Virginia, Georgia and Tennessee are among them.

Corbin said one such bill was introduced to the South Carolina legislature this session.

Fentress owns Encore Insurance Advisors in Burlington. She said she herself was the victim of a crash caused by texting and driving.

"Nobody wants to experience that. It’s Traumatic financially and emotionally and we'd all like to see us have a better handle on it," Fentress said.

"Two of the biggest factors are accident frequency and accident severity. If those two things are coming down I can't see how it wouldn't contribute to lowering rates," Fentress said.

There is one hitch and that's getting it through the legislature, said Democratic State Senator Michael Garrett who represents Guilford County.

"I think it's unlikely that the Senate will take action on it, especially in its current form. Maybe there will be a different version down the line," Garrett said, "A lot of folks on the Republican side of the aisle have issues with personal freedom and us creating any additional regulations or legislation that infringes on people's daily life."

Corbin has been there before. While serving in the state House of Representatives he introduced the same bill. It passed the House but was never taken up in the Senate.

"You’ve only got about a 10% chance of getting a bill through both houses and the Governor. We weren’t incredibly disappointed by that," Corbin said.

The Hands Free NC bill is currently in the Committee On Rules and Operations of the Senate.

April is Distracted Driving Awareness Month and Corbin said he and the other sponsors are planning a push to gain support for the bill over the next few weeks.

Corbin said he would introduce the bill again if needed.

"It polls at 90 percent with almost every demographic. So this will pass. It's just a matter of time," Corbin said.