The track's last race was in 1996. It will take some work to get it up to speed again, and the owner said it hopes to bring back races and other events. 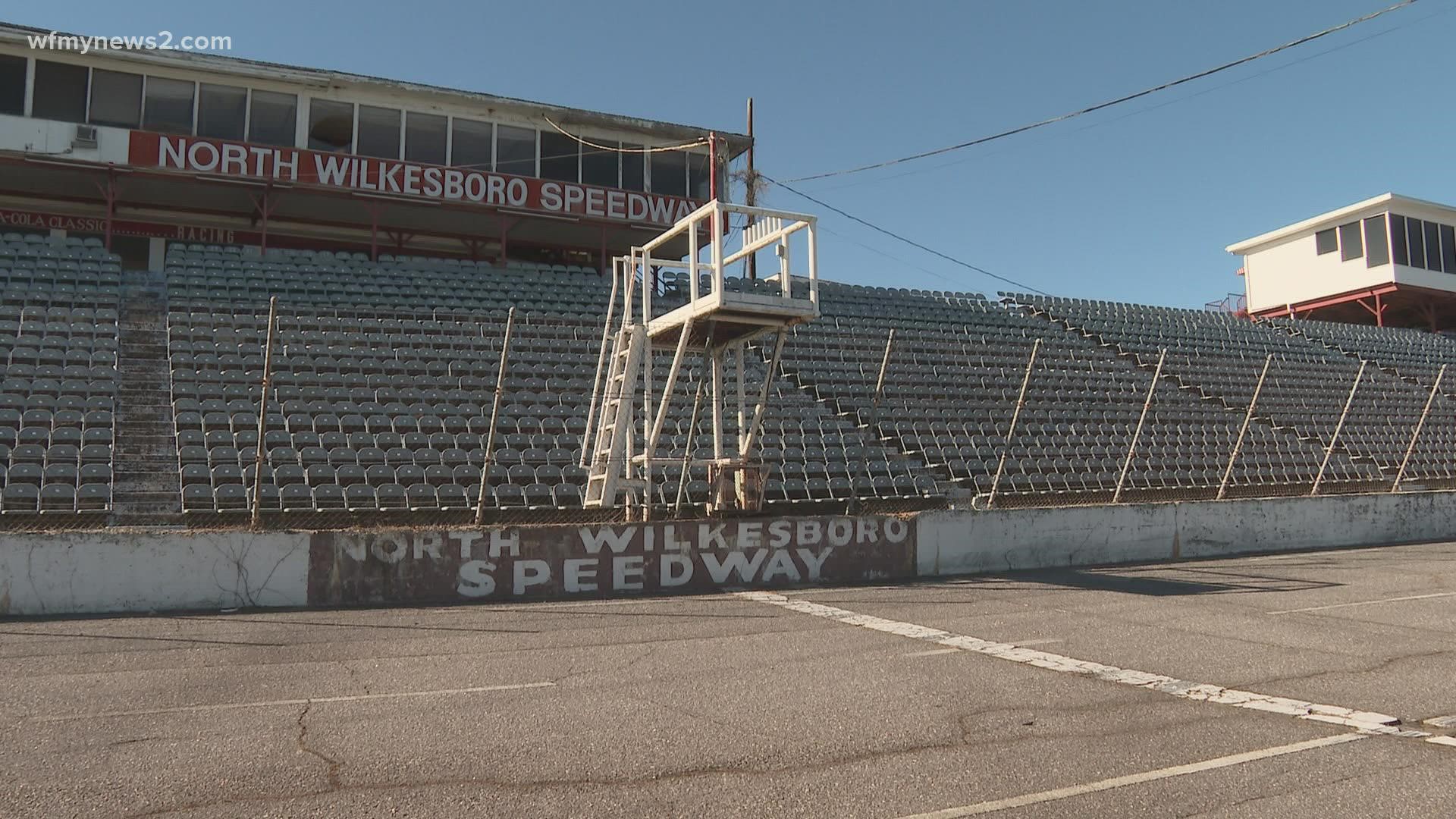 NORTH WILKESBORO, N.C. — A historic Triad racetrack could return with help from $18 million dollars of aid in the state budget.

The North Wilkesboro Speedway sits empty 25 years after its last NASCAR race. Ronald Queen helps his uncle take care of the track and has never forgotten that final race.

"It was just a huge crowd. It was standing room only," Queen said. "I hated to see it go but [it] had to go circle and make its turn and come back home."

It was one of the first tracks in the sport of NASCAR and home to two Winston Cup Series races.

Now, those races are run in newer venues after the track with ties back to the moonshine days was deemed outdated.

The last NASCAR lap on the 5/8 of a mile was run in 1996 and many thought the track would become a legend in the history books of racing.

The state budget gives $18 million to Wilkes County to improve water, sewer and other infrastructure at the track.

Speedway Motorsports, which owns the track, said it intends to use the funds to reopen the track.

"The goal will be to modernize the property so that it can host racing and special events again in the future," Speedway Motorsports President and CEO Marcus Smith said in a statement.

County and town officials will work with the track's owner to pave the way. They said it will likely include water and sewer line upgrades, road repairs and a facelift for the facilities.

It's unclear what kind of racing will return but aspirations are high.

"You wanna see a NASCAR race whether it be truck, Xfinity or the others. It doesn't matter," Queen said.

"Once you tear down those buildings that are collapsing, once you improve the other utilities there at the speedway, I don't think you're gonna have to start over," Wilson Hooper said.

The hope is the track would also become home to other events like concerts, 5K's and more.

"I wouldn’t think the Governor wants to put money towards one or two races a year and keep the place empty for 50 weeks," Ken Noland said.

Noland is the Wilkesboro Town Manager.

It could change everything for businesses like Keith Johnson's diner. Racing runs deep in his family.

He's the nephew of famed driver Junior Johnson. For him, the revival is more than dollars in his pocket.

"It would put Wilkes back in the chatterbox," Keith Johnson said. "This is where it all began. They're sort of getting back to the roots. I think if (NASCAR) ever does (come back), they might rediscover a fan base they were missing."

Most of the funds given to the track come from federal dollars. Local officials said the money would have to be used by 2026 which means the track could reopen in a few years.