Oink! Oink! 'Hamilton The Pig' Has A Winning Reputation Bringing Good Luck To The Hurricanes

Yes, a pig. Hamilton is not just any ordinary pig. Hundreds of Hurricane fans line up at games to take photos with the pig and that’s not all. 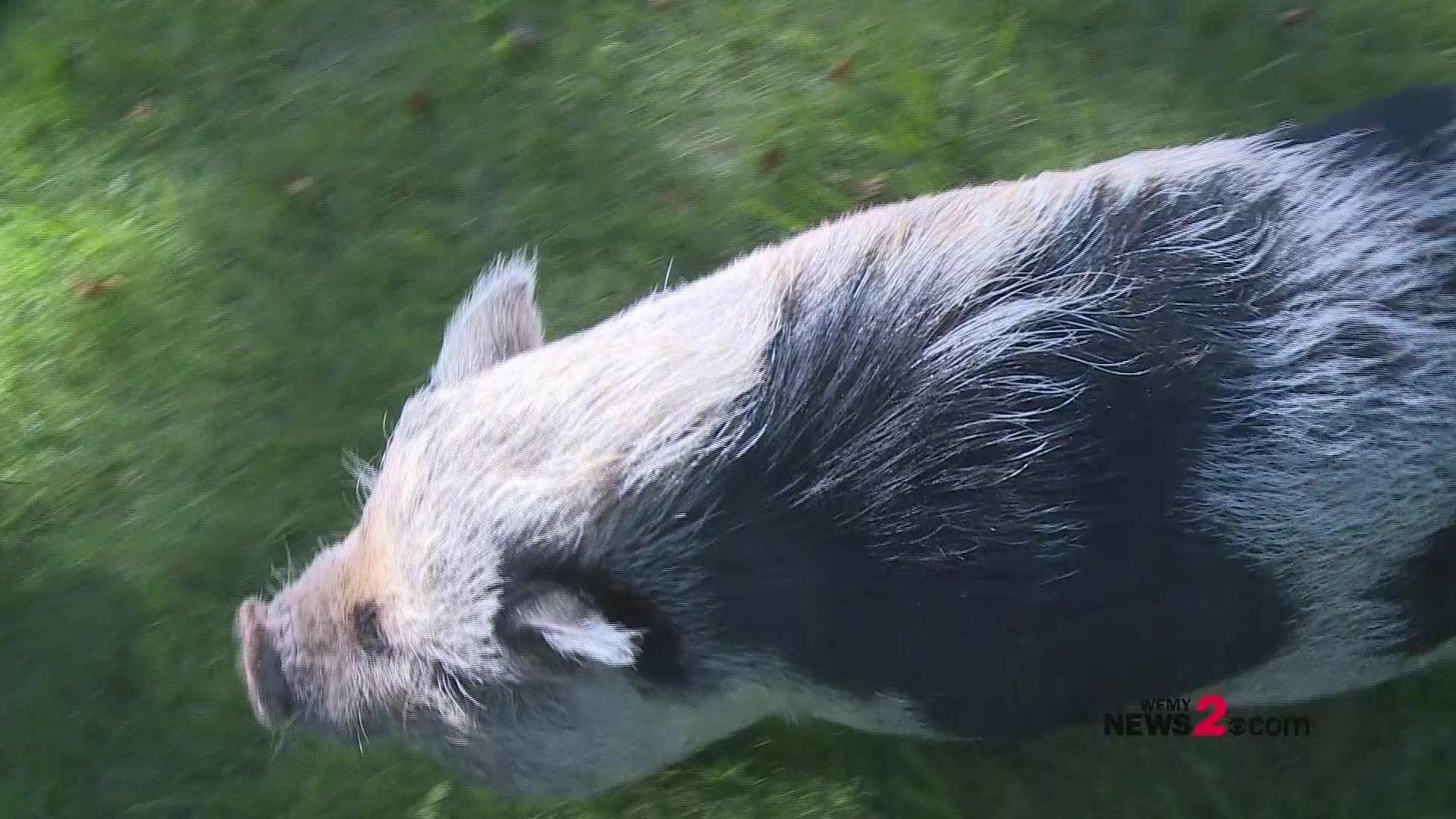 RALEIGH, N.C. — He’s the best-kept secret behind the Carolina Hurricanes’ success. We’re talking about a pig.

Yes, a pig. Hamilton is not just any ordinary pig. Hundreds of Hurricane fans line up at games to take photos with the pig and that’s not all.

RELATED: ‘Bunch Of Jerks!’ Why The Carolina Hurricanes Are Called Just That And What Non-Hockey Fans Should Know From A Hockey Nut

Hamilton the Pig is known as the Hurricanes’ good luck charm. Most of the time Hamilton is living his best life. We’re talking about one very spoiled pig. That means, lots of carrots, belly rubs, and just whatever it is that Hamilton wants.

‘Hamilton’ Is One Lucky Pig For The Hurricanes

1 / 21
WFMY News 2
‘Hamilton’ the pig is the Hurricanes’ good luck charm! The Hurricanes have won every game that Hamilton has come to PNC arena.

Hamilton often roams the backyard with his eight chicken siblings, looking for a comfy pile of dirt. But to understand Hamilton’s big draw you need to know what happened in April. It was in April, before the Canes first playoff home game when Hamilton’s owner decided to bring him along for the ride.

"I decided to grab Hamilton and take him to the tailgate, and we got picked up by an NHL reporter that wrote an article about it and it just caught on," said Kyle Eckenrode who's Hamilton's father.

The Canes won that game five to nothing. Each time Hamilton made an appearance the Canes couldn’t lose.

"Every time we win, his popularity just doubles. So now he really is the good luck pig," said Eckenrode.

It’s not a coincidence either.

"He's undefeated and we hope he's going to stay that way," said Eckenrode.

Hamilton is famous for what happened during Game 7.

"When he was sleeping in the truck, we got in 2OT, I decided to bring him out, let him stretch his legs. And it wasn't but 2 minutes after, we scored the game winning goal," said Eckenrode.

The winning games haven’t gotten to his head too much but he does expect a lot more treats.

"He's very fearless. It's kind of cliche, but he really isn't scared of anything," said Eckenrode.

Except for getting a bath! But nothing that a carrot can’t fix.

RELATED: ‘Bunch Of Jerks!’ Why The Carolina Hurricanes Are Called Just That And What Non-Hockey Fans Should Know From A Hockey Nut