Michelle Harris bought a plot for her mother at Floral Garden Park Cemetery. The headstone was set to be placed. The cemetery told her she couldn't put it up. 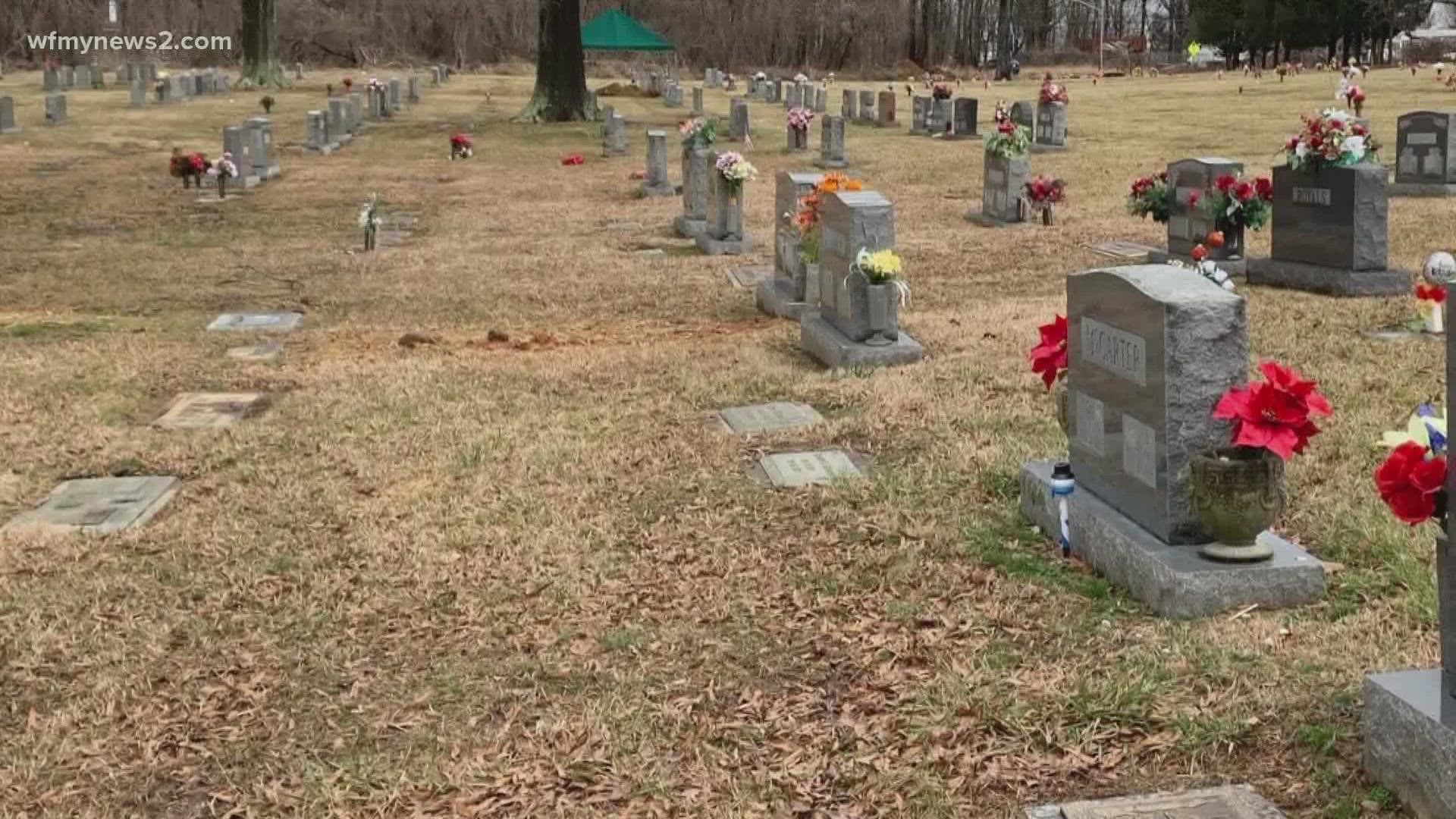 HIGH POINT, N.C. — Michelle Harris and her mother Betty spent a lot of time together. Sometimes, it was a lunch out on the town or dinner at home, and most Sundays, they’d be at church.

“She was fine, and then on Sunday, we went to church, and by Wednesday, we found out she had two brain tumors,” Harris said.

Michelle Harris and her sister were in shock. Their mom was only 65 years old and had been in good health. Nine months after receiving the news of the tumors, Betty passed away.

“She was a beautiful person, very outgoing, always on the go, and she was a talkative person,” Harris said.

The daughters had already reached out to Floral Garden Park Cemetery in High Point. Betty would be buried inside the cemetery in an older section of the park.

“We asked, my sister, asked (Floral Garden Park) what kind of headstone would we be able to have, because she saw both, and one of the employees told us we could have either-or,” Harris said.

The family then purchased a standup headstone for the cemetery and planned to have it installed when it was completed. A few months later, an employee at the monument store called Harris. The employee told her the cemetery was not allowing him to install the headstone.

“(Floral Garden Park) said the plot mama was in was only for flat markers and not standup headstones,” Harris said.

Harris and her sister complained and asked the director why they were told differently when they purchased the plot. That part of the cemetery does allow both types of markers and headstones, but they are staggered. Apparently, there was some miscommunication and the family was unaware the plot they were given was for an in-the-ground marker and not a headstone.

“I wasn’t happy, because we paid for an upright marker,” Harris said.

The sisters had no luck trying to get the cemetery to allow the upright headstone, so they reached out to us at News 2.

We contacted the cemetery director and an executive in the corporate office. The company agreed to look at possible solutions but was adamant that the headstone could not be placed upright. At one point, it agreed to move Harris’s mom to another plot, but the family chose not to do that.

After a bit of back and forth, the family agreed to leave the headstone lying flat and the cemetery would pay for about half of the cost - around $1,100.

“I appreciate all your help,” Harris said. “They would never respond to me at all.”

The cemetery did issue a statement: “We are glad we were able to work this out and help the family with this difficult situation. We understand that this was a trying time and we’re happy that this family can finally have some peace."

Harris said it is still weird to visit and see the headstone in the ground, but she is glad we helped her get some of the money refunded.