More than 200 people turned out to a meeting in Wentworth as the Board of Commissioners passed the resolution Tuesday. 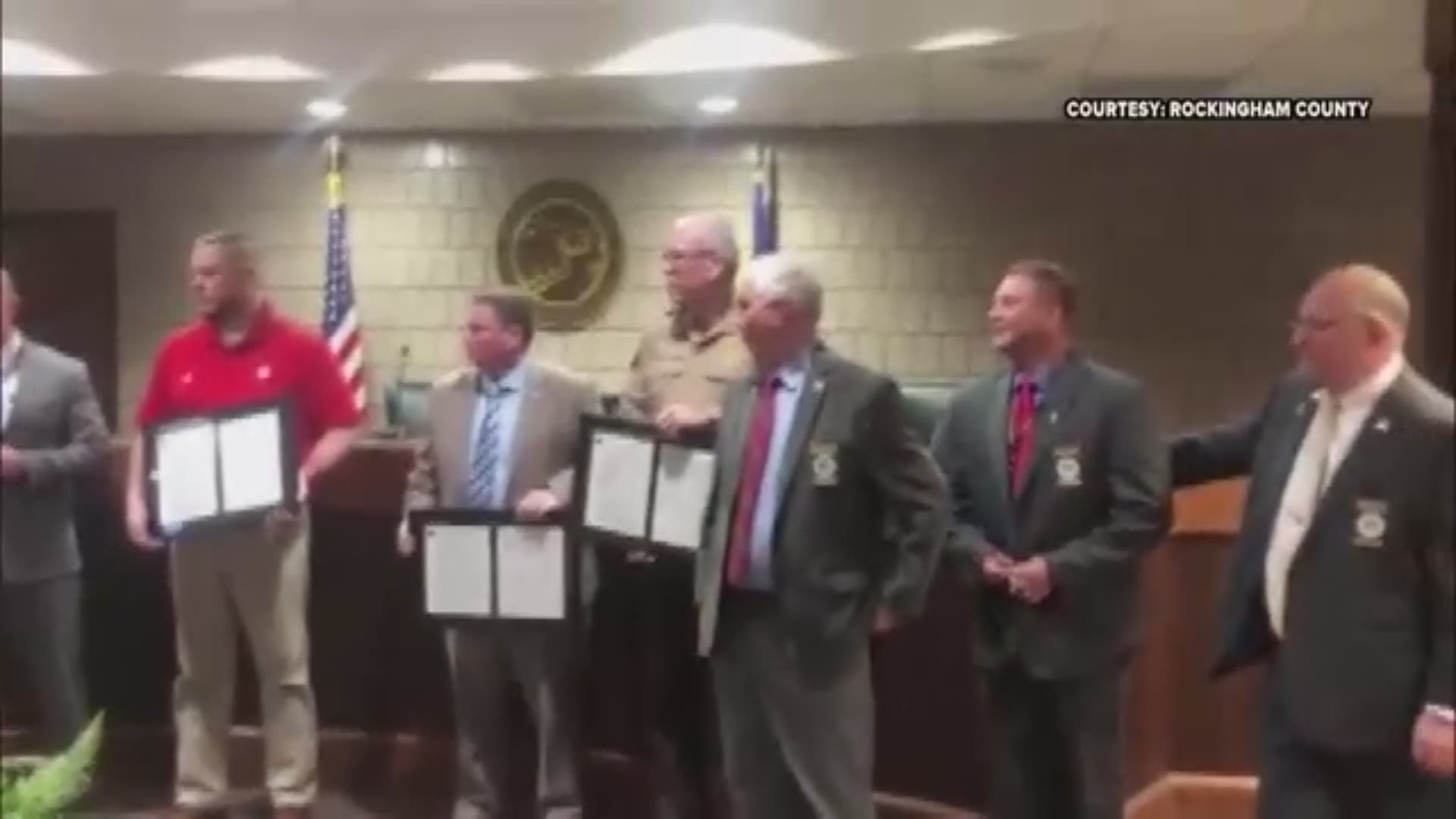 The Rockingham County Board of Commissioners passed the resolution Tuesday. There was standing room only in the Board Room, hallways and the kitchen as more than 200 people turned out to the meeting in Wentworth.

The movement picked up steam after Virginia lawmakers introduced a proposal that would allow officers to take guns from people, deemed dangerous. The Virginia state legislature passed the law after massive push-back from pro-gun groups.

At least nine North Carolina counties declared themselves Second Amendment Sanctuaries in an attempt to avoid similar restrictions in our state. But the declarations don't carry legal weight. Alamance, Davidson and Randolph counties have all voted to declare themselves as Second Amendment Sanctuaries. Guilford County commissioners said they've received calls about it but no formal discussions have been planned.

If North Carolina passed gun restrictions these counties are required by law to obey.

RELATED: 'We’re going to continue pushing it until we get it passed' | Triad Sheriff wants to establish Second Amendment sanctuary