'She valued people': Burlington woman who spread cheer during pandemic dies of COVID-19

You may remember the yellow balloons Deborah Lambeth brought to her neighbors' mailboxes last year. Her family is remembering her lifetime of loving others. 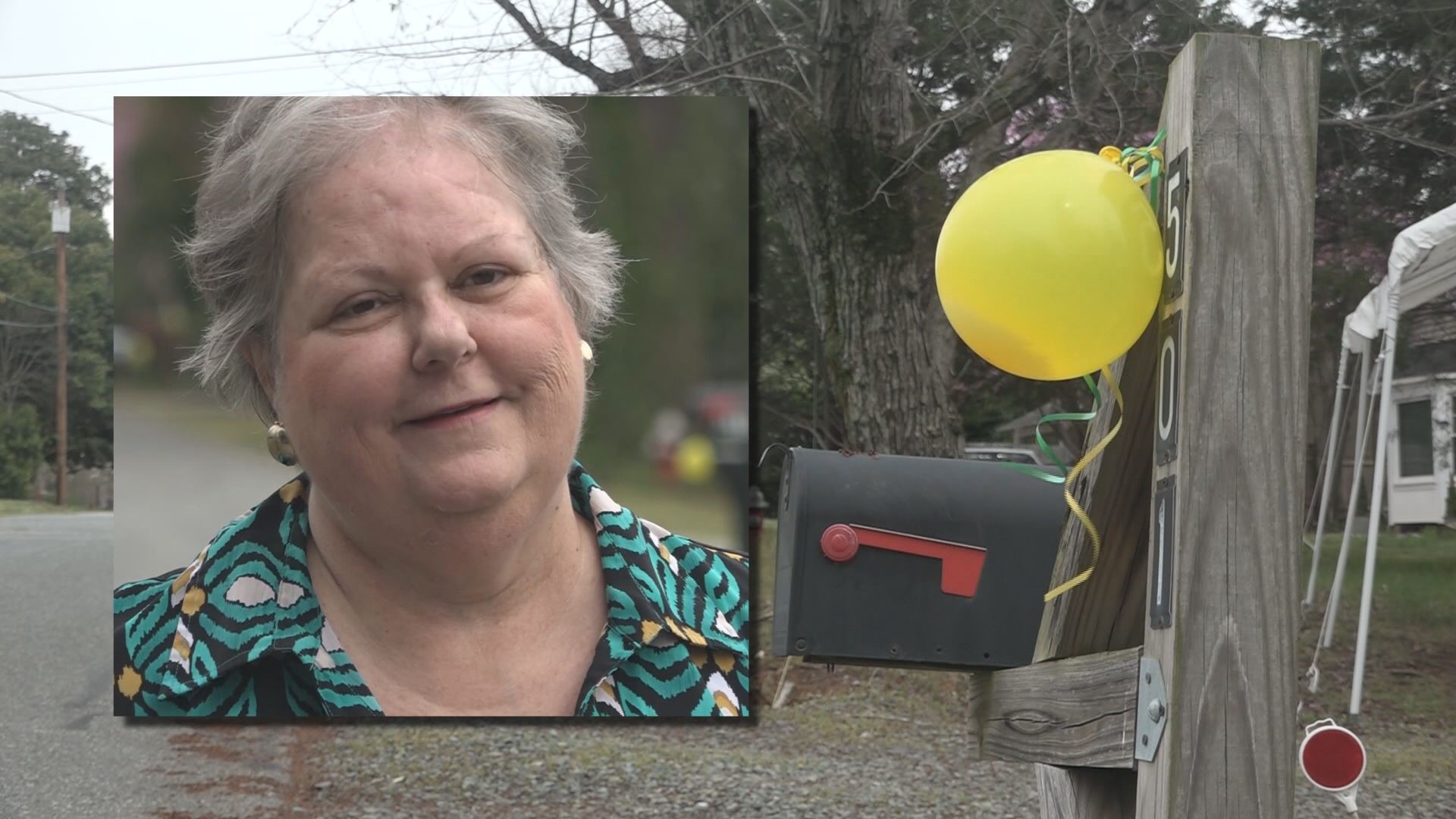 BURLINGTON, N.C. — Friends and family are grieving the loss of a Burlington woman who died after becoming sick with COVID-19.

Deborah Lambeth worked as a minister to children and families in the Raleigh area for years. Eventually coming back to Burlington to care for her father in the years before he died.

WFMY News 2 spoke to Lambeth in March of 2020 when she came up with an idea to spread cheer among her neighbors.

She left yellow balloons for them to hang from their mailboxes. It was a small, but creative gesture as we all adjusted to a socially distant world.

"She was kind of feeling sorry for people that couldn't get out including her," Orlando said, "(It) let them know they're not alone because everybody was suffering from it we all were."

Orlando said her sister was known for making everyone she met feel special.

"If she had an appointment with anybody -- insurance or doctor or the mechanic-- by the time she left she knew where that person went to school, where they grew up where their family was because she talked to people," Orlando said.

Orlando said out of all her family members, Lambeth was the most careful about following COVID-19 precautions. She lived alone and socially distanced for months during the pandemic.

She said it started with a fall. Lambeth broke her arm and started going to physical therapy appointments. It was during that time that she caught the virus.

"They would put the phone next to her ear. She was in a medically induced coma so who knows if she could hear me but I would say supportive things to her, things that she would've said to me," Orlando said.

Some of those messages came from a Facebook group created by their brother called Prayers for Deborah. More than 100 people joined to share messages of encouragement for their friend.

The plan was for Deborah to read them herself when she recovered.

"Then things got worse and didn't get better," Orlando said.

Orlando said loosened hospital visitor restrictions allowed her at Lambeth's side when she died in late March. Friends and other family did not attend the funeral due to COVID precautions.

"It would be easy to say well the prayers were not answered but they sort of were because she's in a better place and she's not suffering anymore," Orlando said.

It still is not how anyone wants to say goodbye. Orlando said it's a reminder that COVID-19 and its costs should be taken seriously.

"Even somebody who is very careful like she was, had a terrible outcome," Orlando said, "So make a choice, be careful. Don’t become complacent."

More than that, Orlando hopes the way Lambeth treated others will live on.

"She cared about people and wanted to know them and support them and make the world a better place and she did," Orlando said.

Two celebration of life ceremonies are planned for Deborah Lambeth later this summer.

Hundreds of trees cut down by vandals on Greensboro walking trails