The crowds have gathered in different places on campus, but mainly near the site where the Silent Sam statue normally stands. The statue was torn down Monday. 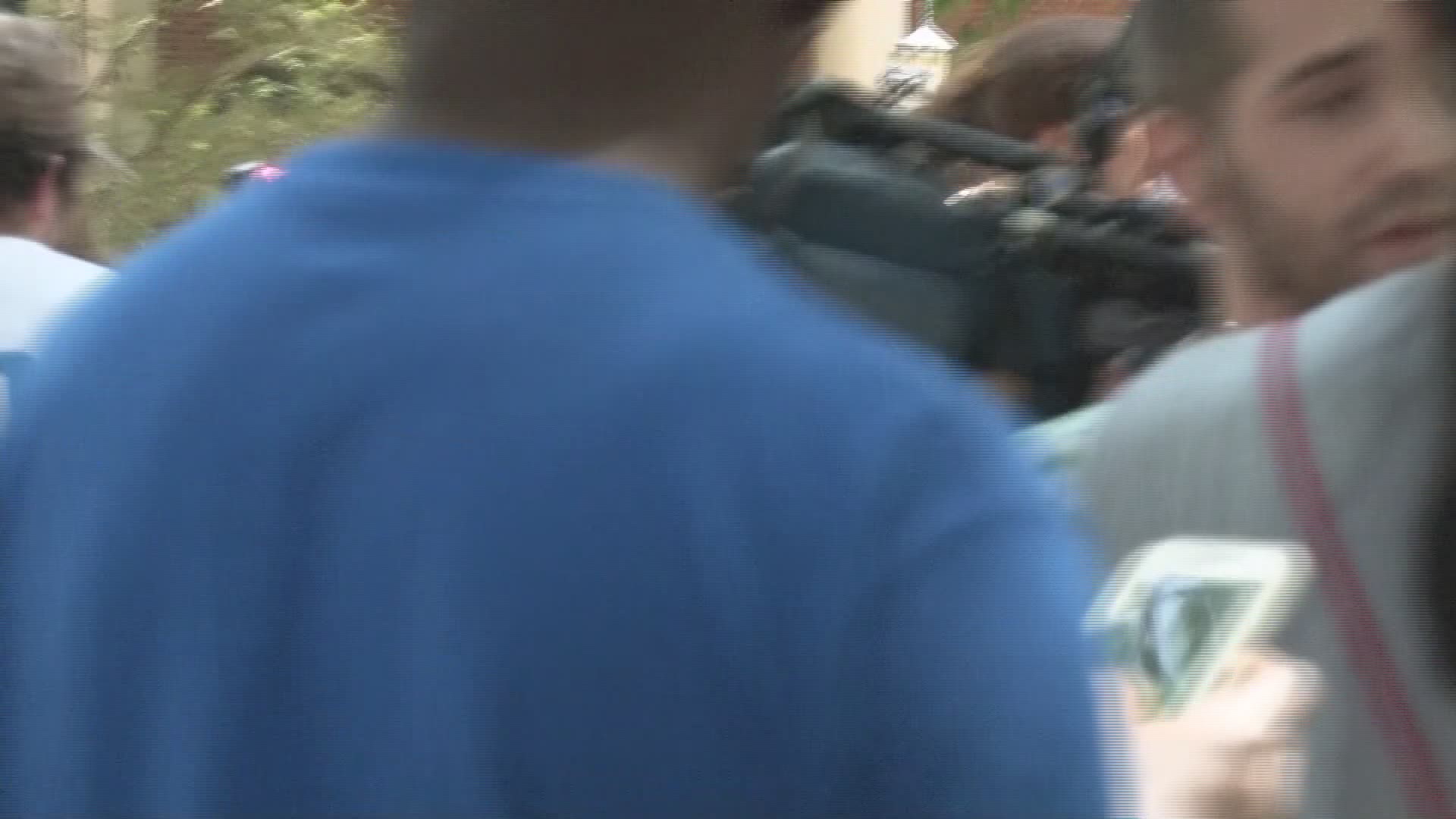 CHAPEL HILL, NC -- Supporters and opponents have squared off with each other and police on campus at University of NC Chapel Hill.

The crowds have gathered in different places on campus, but mainly near the site where the Silent Sam statue normally stands. The statue was torn down Monday.

Some people in the crowd have targeted police

Saturday, police confirm to WFMY News 2 that as of 12:45 p.m., seven arrests have been made in connection to a gathering on McCorkle Place.

The University says depending on the size of the rally, streets may be closed and traffic may be rerouted around campus. The University is urging people in the community and students not to attend for safety reasons. 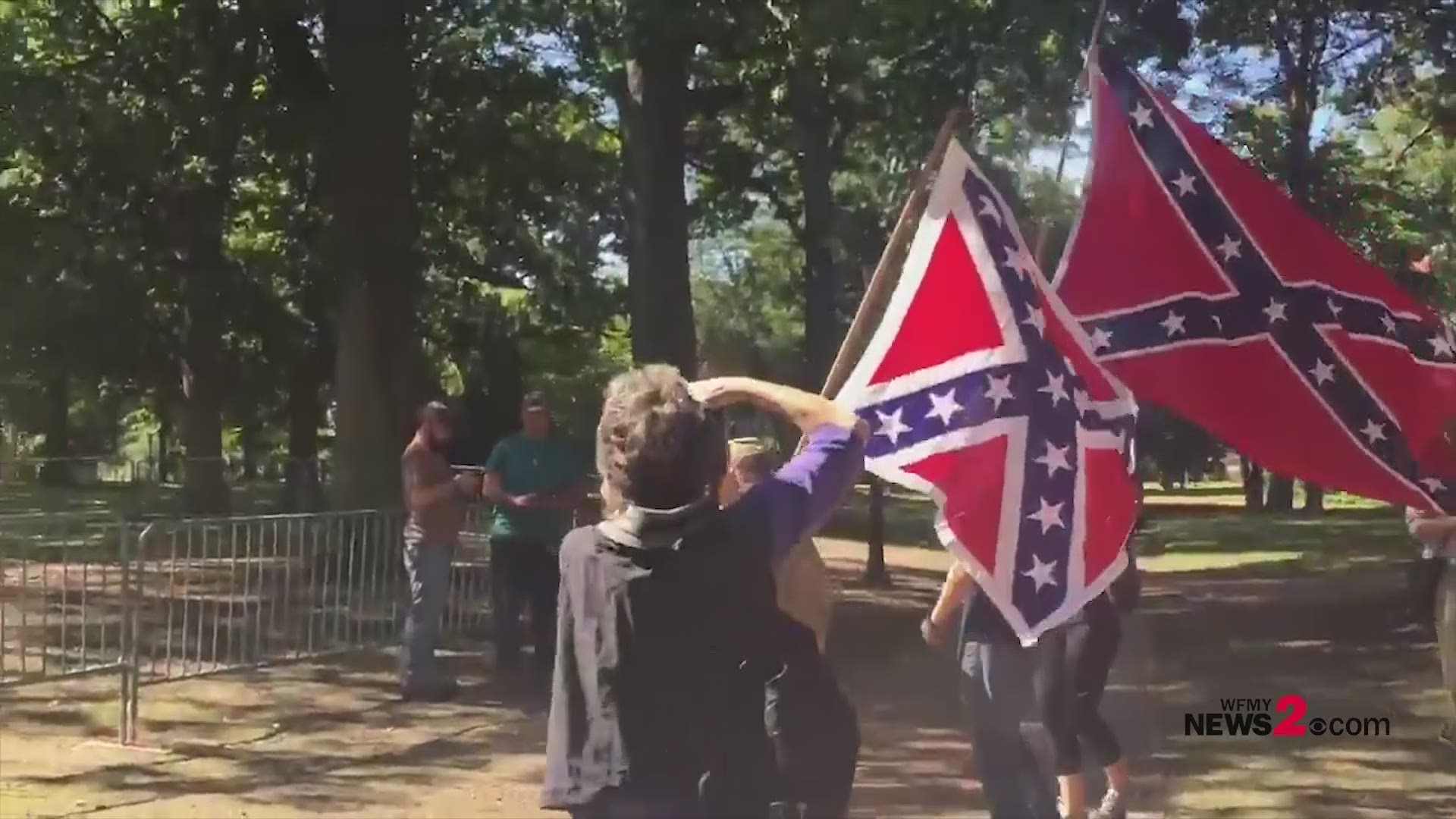 Third person of the day arrested. I interviewed Lilian Price AS she was being arrested and escorted by police. Hear what she has to say. @WFMY pic.twitter.com/TPEaVll4Gs

This is the second person arrested today at the Silent Sam protest. @wfmy pic.twitter.com/KCBN2JilsP

PHOTOS | 'Silent Sam' Torn Down During Protests On

Crowd has gotten bigger. 1 person has been arrested so far. @WFMY pic.twitter.com/5zs40yTP1e

Showdown happening between a Silent Sam supporter and a UNC student. She did not want him to speak highly of Silent Sam so she’s blocking him from media outlets. @WFMY pic.twitter.com/CAGp9SHZOf

Earlier before the rally began, the University issued the following statement.

"We understand the rally may be on campus at McCorkle Place and in the Town of Chapel Hill, and we are working closely with town officials and law enforcement to ensure the safety of our communities. which remains our highest priority. We respect and believe in the First Amendment, the Campus Free Speech Act and the rights of peaceful protestors. We do not know for sure what groups may attend, but we are mindful that the current atmosphere is highly charged, and protests that begin peacefully do not always remain that way."